Home Blogs What’s the right number of support classes when a track hosts a special event?

What’s the right number of support classes when a track hosts a special event? 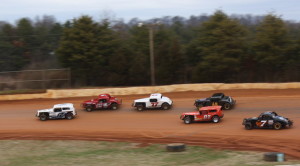 Support classes are vital to the health of many dirt tracks.

It’s an age old question for dirt track owners and promoters. On a night when a track is hosting a special event, such as a touring Super Late Model series, what is the right number of support divisions to run along with the visiting class?

Several key questions have to be answered when considering this issue.

Does the track operate under curfew restrictions? How long is too long to expect fans to remain at a track? What is fair to the competitors who regularly race on that particular track? What will allow the track to profit, or at least break even, from the added show?

It has become my opinion that tracks should operate under a self-imposed midnight curfew, whether they actually have one imposed by a government body or not. I say this not because I hate racing or I can’t stay up late, as both of those are not true. I say it because having such a policy would force tracks to cut out wasted time and keep the show moving in a timely manner.

“As long as the track can keep the show moving along in a timely fashion, I say as many as time permits… The more racing, the better!” said Stacy Marlar on Facebook in response to the above question.

Also, it is difficult for any person of any age to sit for four, five or six hours at a time in one place. And those who bring children to the track know this is especially true of the youngsters. My own sons have grown less willing to attend races with me, not because they dislike racing but because of the amount of time involved.

“As many as they want as long as they can finish the full show in 4.5 hours,” responded newly appointed NDRL director Kelley Carlton on Facebook. “That’s about what you have. That’s about the amount of time the human butt will endure sitting on a concrete or wooden bleacher.”

“The average attention span of a race fan. Hot laps at 7:00, racing done a little after 11:00,” added Jody Shannon on Facebook. “Florence Speedway and I-80 are showing qualifying is not even necessary.”

Several respondents mentioned the number “three” as their ideal number of support classes to run along with a special event.

“I would say three support classes, max. And for God’s sake don’t qualify every one of them, please,” said longtime dirt racing videographer Richard Ford. Similar thoughts were conveyed by other Facebook members and Twitter followers.

At the same time, factors such as fairness to those who race on that track regularly and profit for the track owners have to be considered. Travelling series’ often run a full slate of events, including qualifying, heat races, last chance races and a feature. But the local guys can’t always be expected to step aside every time a “big show” comes to town.

“Minimum features, maybe even with double points for your locals. It’s locals that keep rent paid and the stands packed,” said @21MudSlinger on Twitter. 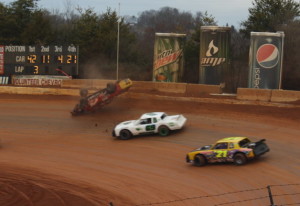 Things may not always go as smoothly as planned for the support classes, but what they provide is important to tracks.

Track owners can’t be expected to take a loss after going to all the trouble of bringing a national or regional touring series to their venue. Hosting these events takes more effort and preparation than many may realize. Extra promotion adds expense while the larger purse and the threat of bad weather make these races a gamble for those who have invested in the ownership of a racing facility.

“Tracks should run as many support classes as they need to make it. Some tracks need more and some need less in the pits for gate money,” declared regional promoter and announcer Chris Tilley.

In the end, it looks as if the key is not necessarily in how many classes should run, but rather, in the timely manner in which the track conducts its business. Several, if not all, weekly classes can run at a track when a special event is contested on that same night. But for the sake of all involved, keep the show moving in a timely manner so that fans and racers alike can leave feeling excited and looking forward to coming back rather than feeling exhausted and unenthused.