Turn 2 Blog: Why start the racing season so early?

Richard: Hard to believe as it may be, it’s almost time for the Dirt Late Model world to swing back into action. Well, that’s somewhat of a joke because it never really stops. But still, the 2021 season is upon us and each new season seems to begin a bit earlier every year.

Over the next few days, the New Year’s Hangover event will take place at the 411 Motor Speedway in Seymour, TN then the Ice Bowl will hit the track at the Talladega Short Track in Eastaboga, AL the next weekend. Those are traditional races that have attracted regional competitors for years. But those used to be somewhat of standalone happenings in the middle of a longer off-season. However, things have definitely changed recently.

Just a few short years ago, the two national touring series would head down to Georgia and Florida just about the same time NASCAR was in Daytona and would contest events that lasted for about two weeks. In 2021, however, SpeedWeeks will begin in mid-January and will essentially go on for a month before concluding in mid-February.

And again, that stoppage in February used to lead to a break of about a month before the “real season” began. This year won’t see that type of hesitation as only about a two week pause will lead to that so-called “real season”.

What has brought about all of this proliferation? 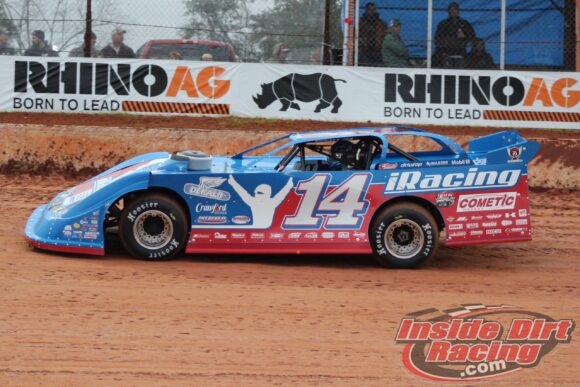 Michael: I don’t know if it can be pinpointed to one thing, but rather, a variety of things.

As long as a track is racing somewhere, drivers will come out to race. This applies mostly to regional racers. As more promoters see this, the more they will find one of those open weekends on which to hold a race.

For a number of years, the southern part of the United States hasn’t seen harsh winters. I think that plays into some of it as well. Die hard competitors and promoters get restless. They decide to hold a race.

I am a bit surprised either of the national tours has extended their schedule. The World of Outlaws went to New Mexico last January to help that new track open up. But that part of the schedule was replaced with an earlier trip to Volusia. I’m not really sure why that decision was made.

Richard: I’m not going to pretend as if I have memorized every state’s coronavirus restrictions but I’m guessing that might have played a role in the fact that the track in New Mexico was left off of the WoO Late Models schedule this year. Several of the states in the southeastern corner of the country do seem to have fewer restrictions than most other places.

I have also wondered if the ever expanding number of streaming services that offer live Dirt Late Model racing events has been a factor in the earlier startup dates for the national tours as well as the regional series.

Many of these services offer year-long subscriptions. It is easier to sell those packages if they can tell customers that there will be racing during every month on the calendar. It’s hard to justify continuing to pay a monthly rate for something that is going to sit idle for two or three months offering only replays of old events.

As was posted on this site earlier, the proliferation of live streaming is definitely going to be a game changer for this sport in both positive and negative ways, isn’t it?

Michael: Yes it is. The positive is for the fans who get to see races they normally would not get to attend in person. It opens up opportunities for tracks to showcase their venues to new fans that might decide to take in a race there. The national touring races seem to do quite well in viewership and attendance.

The negative for the fans is the number of streaming services available. It’s getting like cable TV programming. Each of these television networks is coming out with their own service. If someone decides to get all that is offered, a person can spend a small fortune per month. The same goes for the racing streaming services. If one series has their own deal and all the others are the same, that really adds up. So far, fans don’t seem to mind doing just that.

I do know a number of promoters aren’t very happy with these streaming deals. They feel like it’s taking fans away from their track. As I mentioned earlier, I don’t know if that’s the case for the national events. But for a regional-type event, some track promoters feel as if things are not evening out.

What many don’t know is the series are making their own deals and do not consult the tracks. In turn, the tracks are getting little to no money from these deals. It’s a shame because it’s their money on the line, not the series or the streaming platform. This needs to be addressed.

Richard: I think 2021 is going to be a pivotal year for dirt racing and, for that matter, all forms of racing.

First, just because the calendar flips over doesn’t mean we a through with the cornoavirus and the restrictions that have come along with it. Until we begin to see significant drop offs in the numbers of new cases and hospitalizations, some state and local governments are going to keep their restrictions in place which will almost certainly have an impact on the number of people who attend races.

We have already been provided evidence of this as what was scheduled to be the opening weekend for the Lucas Oil Late Model Dirt Series at Georgia’s Golden Isles Speedway had to be moved to Florida with issues related to the pandemic cited as a chief reason.

And more, some have lost jobs or were out of work for extended periods of time in 2020. In some cases, I don’t believe the full impact of that has yet been seen in the racing world. Whether it be with fans or competitors, many cannot afford to spend the extra money to either participate or attend races simply because that money is not there to spend.

At the same time, many companies who have sponsored races in the past have likely seen a decline in their revenues which could certainly influence whether or not they can continue to spend money on racing.

Further, some of those subscriptions to the streaming services may very well expire in the next few weeks or months and may not be renewed for the same reasons mentioned above.

Of course, much of this is dependent on what part of the country a particular fan lives in.

Dirt racing as an industry has tended to remain stuck in the past. How well it has learned to adapt will determine its success in 2021 and beyond.

Michael: I do agree. To say that people in the racing industry are going to rake in all kinds of money this year is a bit jaded. As you mentioned, Covid restrictions are going to continue or be enacted as winter and spring move along. At some point, fans will have to pick and choose which events to go to and whether or not they will sign up for any streaming services. I know in making my own plans for the upcoming season, I had to reconsider a couple of trips I was planning to make just because I don’t know if those events will take place or whether any restrictions will be put on them. I’m sure many others are in the same situation.