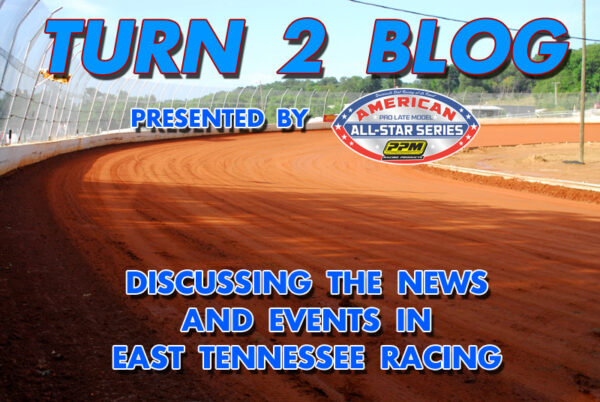 There was a high paying race that Jonathan Davenport didn’t win. Does that mean anything?

Richard: It was sort of a last minute decision by Jonathan Davenport and his Lance Landers-owned team to go to Port Royal(PA) Speedway for the $50,000-to-win ‘Rumble by the River’ as that operation had originally planned to take the weekend off. Still, the No. 49 was able to finish fourth in the feature race despite what might have been a bit less hurried preparation than had they planned on going all along.

Ultimately, I don’t think this means very much other than someone else got to collect a big check aside from Davenport. With big races such as the conclusion of the Dirt Late Model Dream along with the World 100 at Eldora, the Knoxville Late Model Nationals, the Dirt Track World Championship and a couple of lucrative XR Super Series events remaining on the calendar, this driver and team will be counted as a favorite in any of those he enters.

If Davenport’s run at Port Royal does make any difference, it will be in that the team did not spend time preparing for those upcoming events that they might have otherwise. But my suspicion is that they will be fine when those races come up.

Still, it is worth mentioning that Davenport didn’t collect a big check when one was available.

Michael: You mentioned a couple of weeks ago whether I’d take Davenport and Madden or the field in the remaining big money races. I picked Davenport and Madden. Now, Madden hasn’t been racing since Florence and won’t until the conclusion of The Dream. Even with that, I thought Davenport would still manage to get those wins by himself with the roll he has been on.

I really thought if anybody would click off one of those wins it would be Sheppard, Marlar, or possibly O’Neal. I never had Earl Pearson Jr. on my radar to be the one to do it. I’m glad to see there’s still some unpredictability in the sport. 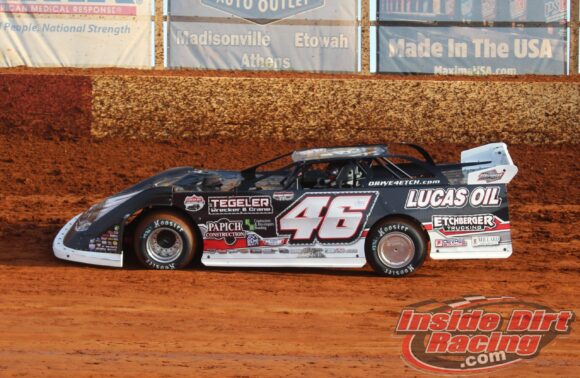 How cool was it to see Earl Pearson Jr. go back to victory lane?

Richard: Earl Pearson Jr. is a very likeable guy and there have been times since he began driving for the team owned by Jason Papich in which he has looked like a contender to win and now he has collected a monster payday. Yes, it was cool for ‘The Hurricane’ to pick up a nice win.

More than just the fact that the 50-year-old driver added to the rather small list of those who have collected at least one $50,000 check this season, it’s always refreshing to see more potential race winners emerge throughout the year. Winning a race such as this and proving to themselves that they can beat the likes of Davenport, McCreadie, Ferguson and the others who have run at the front in the big events will almost certainly provide added confidence and boost morale.

Pearson is a sure bet to make the National Dirt Late Model Hall of Fame but to see him continue to be competitive during the later years of his career is not only good for him but also good for the sport.

Michael: I saw someone on Twitter say the post-race accolades was similar to win Dale Earnhardt won the 1998 Daytona 500. While Pearson has won his share of big money races over the years and the Rumble by the River is not comparable to winning the Daytona 500, I get the comparison. Many drivers and team members from other teams came to Pearson as he was rolling to victory lane to offer their congratulations. That was cool to see.

Pearson hadn’t won a Lucas Oil race in over two years. Many wondered if he was ready to step back from the national scene. It was obvious when he switched to the Papich team late last year that he was back to being competitive. And the recent death of his father has made it a tough two years for Pearson. You have to feel good when someone going through all of that breaks through with a win.

Was this weekend a coming out party for Tanner English?

Richard: Tanner English came into the weekend having never won a national touring series race but he left the weekend with two such victories including one at the Davenport(IA) Speedway that paid him $30,000.

I think there is a very good chance that we in fact did see a coming out party of sorts. The 29-year-old competitor has been on the rise for several years now until this year when he and his Riggs Motorsports team opted to run fulltime with the World of Outlaws CASE Construction Late Model Series. He currently ranks second in the overall standings and tops the ‘Rookie of the Year’ competition on that circuit.

With the series heading back to some Southern tracks where the Benton, Kentucky native might have a bit more familiarity with the red clay, he could potentially cut into the 98-point lead currently held by Dennis Erb Jr.

English comes from a racing family and he obviously has talent. His team appears to have the resources needed to move toward becoming a serious threat to win multiple races in a season. I believe this is a driver who will be a threat to win big events in the future.

Michael: On the national level, this probably was a bit of a coming out party for English. He’s won a number of $10,000 to win races during his career, but all of those were regional or unsanctioned touring races. While he didn’t beat Davenport or Madden for those wins, getting any national touring victory is a big deal because the competition is so close.

English made some noise several years ago at East Bay during the Winternationals. He jumped around to different rides, including his family-owned team, and never got a good footing on a national level. I believe the experience the last few years driving for Riggs is finally paying off. He’ll be one to watch at Smoky Mountain Speedway this weekend.