What is the appropriate number and order of classes to run during a midweek show?

Richard: Before getting too deep into this answer, we did attend a midweek show this past Wednesday at the Volunteer Speedway but this answer applies to all midweek events. We have seen a marked increase in the number of midweek shows over the past couple of years so, in my opinion, a few guidelines are important to follow for not only the sake of that one show but future offerings as well.

First of all, I applaud the promoter who takes on the risk of having a midweek race because it is just that, a risk. You never know how many fans will show up, especially when schools are in session. So kudos to those willing to take that gamble.

One thing that has to be taken into account is that most people in your audience do have work or school the next day so efficiency is the key to running the program. In order to accomplish the goal of efficiency, a cap needs to be placed on the number of classes being run so that fans won’t have to be there too late. In my opinion, three divisions should be the limit with any more than that causing serious time crunches.

Further, concessions may be needed in terms of start times. Yes, there will be people who have to work so you don’t want to get going too early, but the later the start, the later the ending. Hot laps probably need to be on track by no later than 6:30. I know some consider it almost sinful to put cars on the track before sunset, and that may work for a Saturday night, but Tuesday, Wednesday and Thursday are different matters.

And lastly, the order in which the classes run is essential. Whatever the primary draw is, whether a sanctioned Super Late Model race or otherwise, that division must be the first feature of the night and that fact needs to be advertised so that fans know they can still come from two or three hours away and will have the ability to leave early enough to get home at a somewhat reasonable hour.

Also, if there is a division that is known for having lots of cautions, that division should be slated to run last on the program. While there may be inexperienced drivers trying to make their way into racing in those classes, it can be highly frustrating for fans to see a feature play out with numerous yellow flags, often brought on by one single-car spin after another.

These things are easy for someone who has never promoted a race to say since I have no investment in the game. And yes, it’s a difficult balancing act for the promoter because he/she has to take the needs of both fans and competitors into consideration, but midweek shows need guidelines.

Michael: I think a midweek program should only have 2 total classes. Nearly all the fans and some of the drivers have to work the next day. To make it worthwhile for those people, things need to be wrapped up around 10 p.m. If a track does opt to run a third class, make sure the Super Late Models are first in the feature order.

Most of the races I have seen put on by the Castrol FloRacing Night in America have been very efficient programs. As much as I hate to say it, the ones not as efficient have been those in our area of east Tennessee where there is usually a third class. That says a lot. 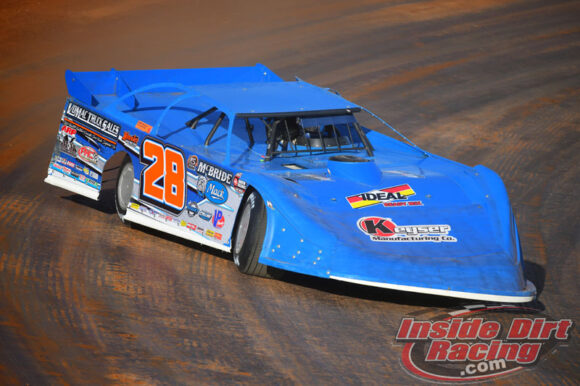 What are you looking for in this final stretch of the 2022 season?

Richard: First off, I’m not sure there is actually an end point to the season in dirt racing. But pretending that there is, there are several things I’m looking for as the 2022 season begins to wind down.

From the competition standpoint, I want to see if any drivers and teams are going to step up to challenge those few who have dominated the Dirt Late Model racing season so far. The top paying races have been the personal playgrounds of Jonathan Davenport, Chris Madden, Brandon Overton and a select few others who have picked up big paydays. Will those drivers carry their season-long momentum through the remaining events or will others assert themselves?

Chris Ferguson, Mike Marlar and Brandon Sheppard each have multiple wins in the most lucrative races. Can they add to their totals? And recently, Shane Clanton, Bobby Pierce, Ricky Thornton Jr. and a few others have put themselves in contention more often. Can one of these add their name to the list of multiple winners?

Further on the national level, I want to see what is going to be revealed as the series begin release their schedules, payouts, and points funds for 2023. The Lucas Oil Late Model Dirt Series, the World of Outlaws CASE Construction Late Model Series, Castrol FloRacing Night in America, and the XR Super Series each offered big money and/or bigger rewards for finishing positions in the final standings. Each of them set the bar very high this past season. Will they be able to repeat that next year?

On the regional and local levels, I am interested to see what series and track schedules look like for 2023. There is no doubt that the increased number of high paying races for the national stars played a role, not so much in car counts, but in the who that showed up for regional series races this season. Many tracks and regional tours have often tried to schedule around the national series in hopes that some of those drivers might drop in to a regional show. That seemed to happen less often in 2022 so I wonder if that might play a role in scheduling for next year?

Finally, I am interested to see what happens when local tracks start announcing plans for 2023. We have seen a steady decline in the number of venues that offer up weekly racing shows. Where it used to be the norm for virtually all dirt tracks to race on either Friday or Saturday nights, that has become far less common as those facilities have begun to put more emphasis in having fewer race nights with more special events planned.

We will see if that trend continues once promoters begin announcing future plans.

Michael: On a national level, Tim McCreadie is on his way to winning a second straight Lucas Oil Late Model Dirt Series title. Can anyone make it interesting the last few races of the season. I’m also looking to see if Brandon Sheppard can end his tenure in the Rocket house car with a big win, especially at The Dirt Track World Championship.

Can Dennis Erb Jr. wrap up the World of Outlaws Case Construction Late Model Series? If he can, it will make for an interesting story because it will be his first national title and winning it with only one crew member. In this day of big money being spent, an Erb title could provide some motivation for smaller teams wanting to race a national tour.

I’m curious to see how these regional tours fare the rest of the of the season, especially the $5,000 to win races. Car counts on these shows have been down as of late. Does that continue or pick back up? 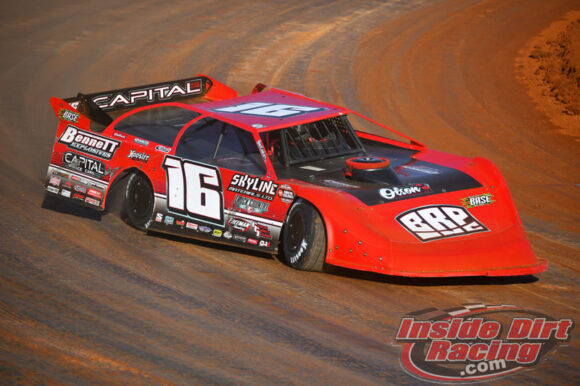 What is your biggest concern as the 2022 season approaches its end?

Richard: I kind of addressed this in the previous question and that is the fact that so few win so often. And more than that, I have a serious concern about the fact that many of the biggest races have seen so little passing at the front of the field. I believe Dirt Late Models have become far too aero sensitive in much the same way NASCAR cars did several years ago. When you hear driver after driver in post-race interviews at places such as Eldora Speedway and Knoxville Raceway talk about losing the air on their noses, that is not a good sign.

Last year, the national series took a huge step by agreeing to streamline their rules. Now that they have done that, the biggest need in the sport, as I see it, is to come up with some sort of measures to rein in the bodies on these cars so that aero is not such an overriding factor. There should not be a time in which Dirt Late Model drivers get out of a car and say that they held their car wide open over the course of an entire heat race but the fact that the cars are so stuck to the track because of aero is allowing that to happen.

While it can be attributed to one or a few drivers being dominant to cause 100 lap races to run without a single lead change, that can’t remain as the norm, it has to be an exception.

Michael: A few drivers I have talked to say they are hopeful the new tire rules introduced at Eldora for 2023 will help with some things. Tires are always going to be a hot topic in Dirt Late Model racing.

For the immediate racing, the XR series has dropped the droop rule for the remained for their races this season. I’m curious to see if their racing is any better, worse, or the same.

As you said, aero has been a big complaint for drivers as of late. It’s been that for a few years. For me, I’d like to see the noses and filler panels not be so reminiscent of the old wedge cars. Also, make a rule or enforce the rule to keep the deck heights level across the back of the car. Many of the cars are visibly higher on the left side of the car. Surely that has an effect on aero issues.