As car counts and track support continues to drop for the steelhead late models, one former racer is hoping to solidify the division by starting a touring series.

Michael Robinette has started the Topless Outlaw Dirt Late Model Series in hopes of keeping the division of limited late models alive in and around east Tennessee. Robinette, who spent most of his racing days competing at Atomic Speedway, saw a void being created as tracks continue to shed the division in favor of crate late models. 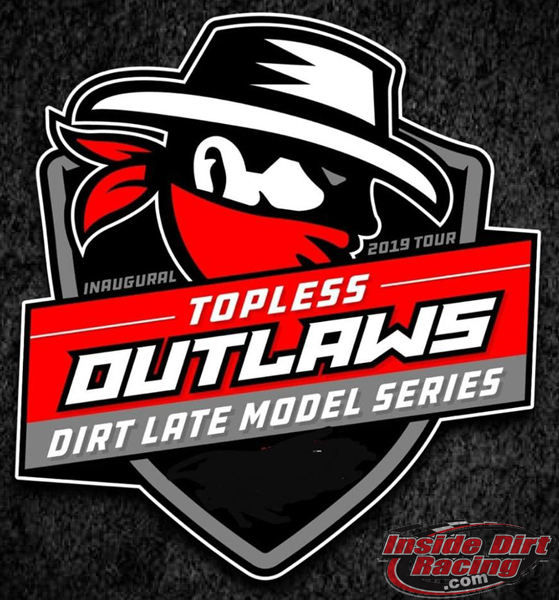 Robinette recently bought a late model and started racing again on weekends he had available. He soon discovered that working over forty hours a week with two teenage daughters made racing and working on a race car harder than it was when he was in his 20’s. He sold his car to Luke Crass, a former driver, who was fielding a team of his own. As the two discussed racing, the idea of starting a steelhead late model series came up.

“Southern All-Stars came to I-75 (Raceway) and I noticed half the cars were local cars,” Robinette said. “I wondered why someone couldn’t do a steelhead series. I talked to different people and it was well received.”

Robinette initially did not want any crate engines to run in the new series. After numerous conversations, he changed his mind in hopes of getting the series off to a good start.

“We didn’t want any crate rules in the series,” Robinette stated. “Some of the drivers didn’t want them. My thinking was there are a lot of crate series out there. We (steelhead) can’t run with them, they have plenty of series and big races of their own to run. But after talking to those guys, I had to explain to them we need to get as much participation as we can to get the series going or steelheads will die in our area.”

Robinette began putting together an engine rules package that would appease both steelhead drivers and crate drivers looking to race in the series.

“I really have to thank B&B Racing, Phantom Race Engines, and Vic Hill Race Engines for helping me on the rules,” Robinette said. “Those guys know a lot about the different crate motors and how we can could keep a good balance between them and the steelheads. I spent a lot of time on the phone talking to them and I can’t thank them enough.”

As the ideas were being tossed around on what to do with the series, the idea of making all races topless was presented as a unique idea to give the series its own identity.

“I talked with Shannon Norwood of Fullmoon Graphics, Scott Pass at B&B, and other people and it was Shannon that came up with the idea of doing a topless series, “Robinette explained. “If people come out to a race and there are three of four different late model classes running the same night, half the people in the stands couldn’t tell the difference between any of them. If we made our series topless, it would separate ourselves from the others. People in the stands would really notice us because we look different than the others.” 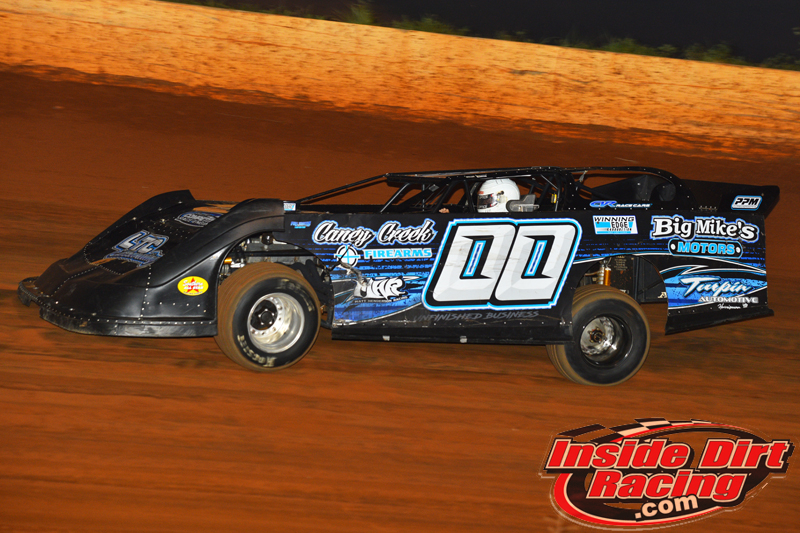 Matt Henderson, driving for Luke Crass, is one of the committed drivers to the Topless Outlaw Dirt Late Model Series.

The inaugural season in 2019 will feature 15 races on the schedule. Most races are on Saturdays except for a couple of Friday races at Crossville Speedway.

“I want to keep this series for the working man,” Robinette said. “I’d say 80% of the steelhead racers punch a time clock. They can’t go race several nights on one weekend. We’re only running a few races at Crossville because they’re an hour behind us and that helps people getting there to race.”

The series kicks off Friday, May 3 at Crossville Speedway. Anyone wanting to know more about the series can visit their web site at http://www.todlms.com.