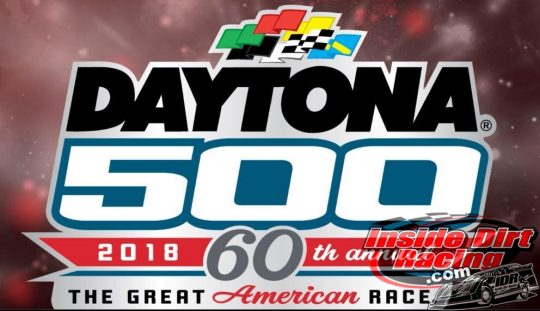 There are some important numbers to keep an eye on in this year’s version of NASCAR’s biggest race as the Daytona 500 is scheduled to take the green flag this Sunday afternoon at the Daytona International Speedway. The car numbers of new drivers and those who have changed rides will be something to watch as will the numbers reflecting the speeds of the cars. Also, fans and competitors alike will need to be aware of the number of laps for each of the stages and the number of laps remaining in the race as the cars click off each circuit toward the waving of the checkered flag.

The number 88 will be worthy of watching as Alex Bowman takes over in that ride for the now retired Dale Earnhardt, Jr. just like William Byron takes over the iconic number 24 made famous by multiple time champion Jeff Gordon. Chase Elliott will campaign a number all too familiar for his family as he switches to the number 9 that was made famous by his father years ago. Also, Erik Jones will now sit behind the wheel of the number 20 after former champion Matt Kenseth was pushed aside by Joe Gibbs Racing.

So yes, all of those car numbers will something worth keeping an eye on throughout the race.

Further, the numbers followed by the letters -mph are worthy of more than a passing glance. Alex Bowman set the pace in qualifying for the Daytona 500 on Sunday when he turned a lap with an average speed of 195.644mph. And more, cars have been turning laps in the draft at well over 200mph during practice so far during this SpeedWeeks.

So yes, the speeds of the cars will provide numbers worthy of more than one look this coming Sunday as well.

So yes, keeping up with the number of laps will also be important throughout the afternoon.

As everyone who follows NASCAR knows, the sport is in the midst of a major transition. Over the past couple of years the Monster Energy NASCAR Cup Series has seen some of the most popular stars in the sport’s history go away as Dale Earnhardt, Jr., Tony Stewart, Jeff Gordon, Matt Kenseth, Danica Patrick and Carl Edwards have either willingly opted to step away or have been pushed out by teams and sponsors as the sport goes younger.

Those drivers carried the banner for the sport for well over a decade and were leaders of significant portions of the NASCAR fan base. Now that those well known and popular drivers are no longer a part of the scene, will their fans continue to follow along or will they lose interest?

So getting back to those important numbers.

The number 6.6 represents the television rating the Daytona 500 received last year. That number was unchanged from the results posted in 2016. The trouble with the fact that the number was flat is that the much touted stage racing was due to begin with last season’s kickoff event so the fans’ interest was apparently not particularly peeked. Further, the race featured a later start time which, in theory at least, was supposed to allow more fans across the country the opportunity to tune in.

The 11.9 represents the millions of people who actually watched the race in 2017. That number was up slightly from 2016. And of course, the hope is the number of viewers will be even higher in 2018.

As has been documented, NASCAR’s TV ratings were among the lowest in the sport’s history throughout much of 2017. This has to be particularly distressing for those in the corporate offices considering that long time series sponsor Sprint departed at the end of 2016 and was replaced by Monster Energy at what was reported to be a significantly lower dollar amount than was hoped for. And now, the contract with the energy drink company is due to expire at the end of this season.

After two deadlines have reportedly come and gone for Monster Energy to renew their deal with NASCAR, the time is fast approaching in which NASCAR needs an answer one way or the other from its series sponsor. If the Monster is indeed wavering, it would not be a good thing for the sport’s biggest race to post lower ratings than it had last year and thus set in motion another season of record low numbers of viewers.

So, will fans tune in to watch the next generation of stars do battle in the sport’s biggest event?

The Daytona 500 has plenty of numbers worthy of keeping an eye on. But the most important numbers will be 6.6 and 11.9. If the race fails to produce those numbers or higher when the television ratings are revealed on Monday, it could spell bad news for NASCAR.