When the checkered flag waved on Sunday night at Bubba Raceway Park it signified the end of the Lucas Oil Late Model Dirt Series portion of Georgia-Florida SpeedWeeks. And while there might have been a surprise or two within the races held at Golden Isles Speedway, East Bay Raceway Park and Bubba Raceway Park, one thing that likely caught no one off guard was the fact that after every one of the nine feature events held, it was either a Longhorn Chassis or a Rocket Chassis that pulled into victory lane. 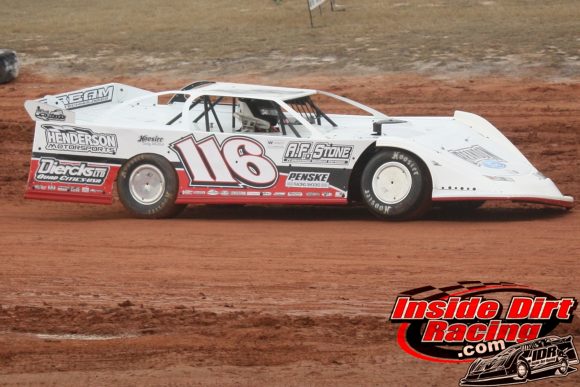 Brandon Overton scored a win for Longhorn at East Bay.

Longhorn Chassis claimed a total of five of those victories with Jonathan Davenport carrying that brand’s banner to three wins(two at East Bay and one at Bubba). Brandon Overton and Kyle Bronson, who each drive Longhorns by Weaver, scored one triumph each at East Bay.

Josh Richards brought home the checkered flag following both of the main events contested at Golden Isles for Rocket Chassis while Brandon Sheppard, driver of the Rocket house car, scored two wins at East Bay. It should be noted here that Club 29 Race Cars seemingly had a win in hand when Hudson O’Neal passed Josh Richards late in the going during the season opening race at Golden Isles only to have the move negated by a caution. 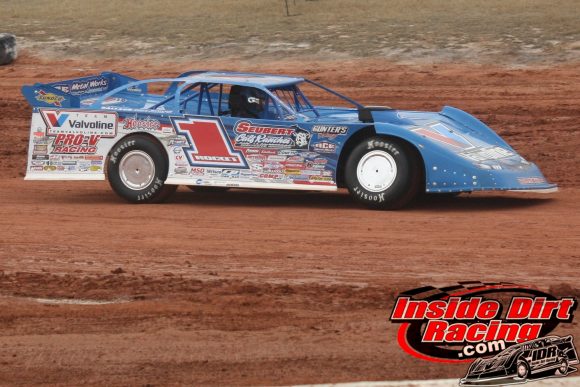 One obvious answer to the question of why these two chassis types were so dominant during the first week-and-a-half of this annual trek to the southeastern corner of the country is that they simply outnumber everyone else. While there are competitive teams using Club 29 Race Cars, Black Diamond Chassis, Sweet-Bloomquist Race Cars, Capital Race Cars and others, the Longhorn and Rocket camps overwhelm the other chassis builders with their sheer numbers.

But the domination of Longhorn and Rocket was so complete that one would think there is even more to the story here. For example, in the nine different race nights the overall fast qualifier drove something other than one of those brands just three times. Mike Benedum was the top qualifier on February 7th at East Bay in a Sweet-Bloomquist.

*Billy Moyer, Jr. was fastest in qualifying at East Bay on February 9th and 10th. He was in a Longhorn, not a Moyer Victory.

Further, the number of laps led so far during SpeedWeeks has been decidedly in favor of Longhorn and Rocket. Scott Bloomquist led 15 laps of the February 10th feature race at East Bay for the only time spent at the front of the field by a Sweet-Bloomquist machine. Other than that brief instance, Longhorn and Rocket have paced the field for the remainder of the circuits completed. 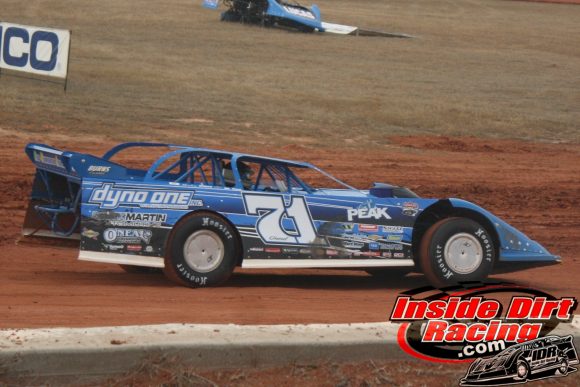 This week, the racing action switches over the World of Outlaws Late Model Series and DIRTcar Late Models as they sanction the week-long series of events to be held at Volusia Raceway Park on the eastern coast of Florida. That could bring a bit more variety of chassis brands into the mix as Barry Wright Race Cars and Capital will be more prevalent among the contending teams along with a number of those previously mentioned brands whose teams will make the short trip from Bubba Raceway Park to Volusia.

Please keep in mind that we have just scratched the surface of what will be a very long season and not every chassis brand has been fully represented yet. But indications are that top-two chassis brands have an early leg up on the competition. 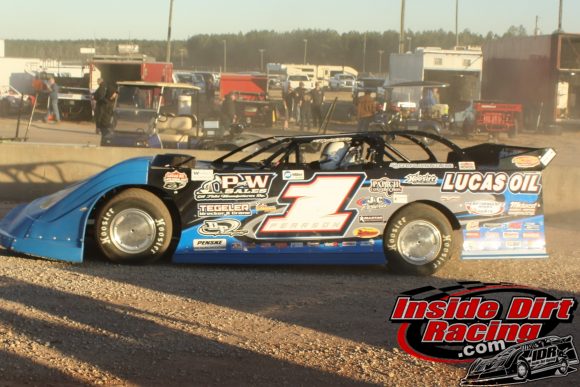