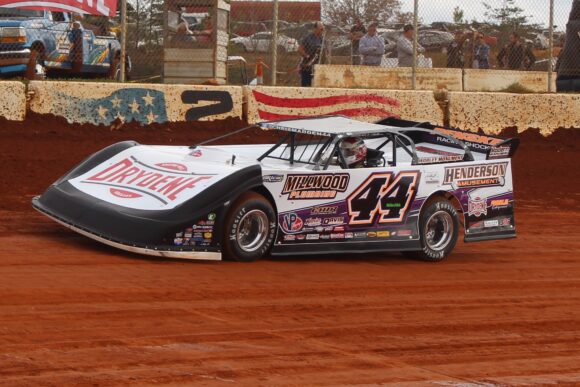 One year ago the DIRTcar Racing organization revived the Xtreme Series name by creating a winter tour that would race in the southeastern region of the United States six times with a payoff of $20,000 to the eventual champion. And for the most part, the series proved to be a success as fans and competitors seemed to embrace the uniqueness of having regional touring series races slated between November and February.

Ultimately, there would be a total of five Drydene Xtreme DIRTcar Series features contested in 2019-20 as one of the events was cancelled due to weather related issues. Chris Madden was crowned as the champion among the 70 total drivers(6 entered all events) who took part in the races.

Once the inaugural season was completed, the question then arose as to whether or not the second time around would prove to be as much of a hit. So far, among the competitors at least, it appears as if the second tour is holding up quite well even with the newness having worn off and a pandemic in progress.

Last year, the average car count through the first three races had been 27 entries. The Blue-Gray 100 at Cherokee Speedway in Gaffney, SC had drawn 38 cars for that $10,000-to-win show which had combined sanctions from the Xtreme DIRTcar Series and the Carolina Clash Super Late Model Series. The events at Volunteer Speedway in Bulls Gap, TN and Lavonia(GA) Speedway attracted 23 and 21 respectively.

This season, the average car count has been 24 with the biggest difference having come at the again co-sanctioned Blue-Gray 100 which drew 28 teams rather than last year’s 38. The two races held at Volunteer and Lavonia drew similar totals as last year with each bringing in 22 machines this December.

The 2020-21 champion will receive $15,000 rather than last year’s $20,000 payout as some money was redistributed to extend more payouts through the top-10 in the final standings.

The tour has three races remaining after the calendar trips over to 2021 with another trip to Gaffney planned for January 9th then ending with back-to-back weekends on February 20th and 27th at Senoia(GA) Raceway and Modoc(SC) Raceway.

The final two races last year drew 14 cars at Cherokee then 25 at Modoc. It would seem a safe assumption that the remaining events will see similar numbers to those. So far, eight drivers have recorded perfect attendance in the first three features of the 2020-21 campaign. A total of 49 combatants have entered the three races held to this point.