Pearson Lee Williams coming into his own with Rum Runner 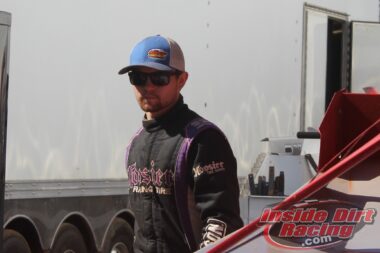 November of 2019 proved to be a time of significant change for racer Pearson Lee Williams. Going into that month he was serving as a crew member helping to prepare cars for driver Brandon Overton on the Rum Runner Racing team. By the end of that month he had been chosen to serve as the driver for that operation after the team and Overton had parted ways.

Early in life Williams had shown great promise as a driver. At the young age of 15 he was crowned as the Late Model points champion at Georgia’s 441 Speedway. Then with the announcement that he was moving into the driver’s seat of the No. 2 machine, it was time for the lifelong dream of the 22-year-old native of Dublin, GA. to come to fruition.

Now, Williams is not only a Super Late Model driver, but more, he is a Super Late Model winner. On February 29th, he piloted his Longhorn Chassis to victory and collected $7,000 in the Drydene Xtreme DIRTcar Winter Series finale at Modoc(SC) Raceway.

“It was amazing,” Williams declared in an interview with InsideDirtRacing.com. “I’ve dreamed about racing Super Late Models on a professional level for a very long time. A bunch of hard work and a bunch of dedication went into it so it was an awesome feeling.”

Part of what made the win so special, other than it being his first in a Super Late Model, was the quality of the field on hand. The likes of Jonathan Davenport, Chris Madden, Dale McDowell, Brandon Overton and Chris Ferguson were among those who trailed Williams at the finish line.

“Oh definitely,” Williams answered when asked if beating that type of field would lift his confidence level going forward. “There were a bunch of heavy hitters there regional-wise and national touring guys. People like Chris Madden and Jonathan Davenport were there then you had guys like Casey Roberts and Zack Mitchell there. It was a very stout field so it really gives me and the whole team a bunch of confidence going down the line.”

Williams grew up watching his dad race. And many of those events during his childhood took place at Modoc.

“Oh yeah, I mean I watched my dad race there and all around,” the young driver explained. “It was just one of them things. I remember back when I was a little kid and I was watching these guys go around and I thought I would really like to race with them one day … or just meet them. So to go out there and win and beat some of the best of the best was very nice.” 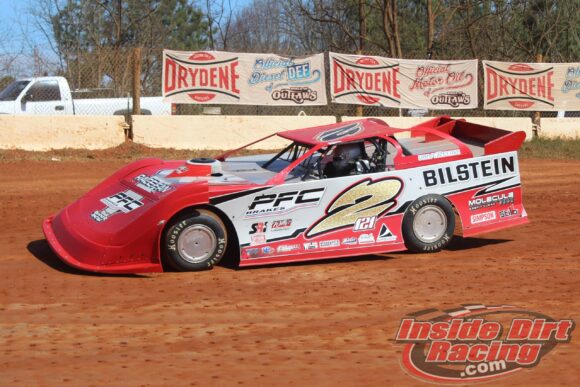 Williams says he feels very much at home with Rum Runner Racing. Veteran crew chief Harold Holly along with owners Joe, Susan, and Joey Coulter are credited with fostering Williams’ career to this point

“They treat me like family,” Williams said. “They’re very understanding because, like I said, I’m really new to this super deal. I knew it was going to take a little time and we’re still learning right now. They treat me so well and they’re really understanding. I can’t think the Coulters and Rum Runner Racing enough for the opportunity and Harold and the crew for busting their tales in the shop and at the race track.”

One asset Williams is particularly glad to have is Holly. The former championship winning crew chief in what is not called the NASCAR Xfinity Series has provided his former crew member and now driver with a wealth of knowledge.

“He is so smart in everything,” Williams explained. “I cherish every moment that I’m there with him. I learn something new every time he talks. I try to be a sponge when I’m around him and try to get everything I can from him because he’s so smart. He’s done it at so much of a higher level. He’s knows a good bit about everything.”