NASCAR’s “support” divisions need a divorce from the Cup Series 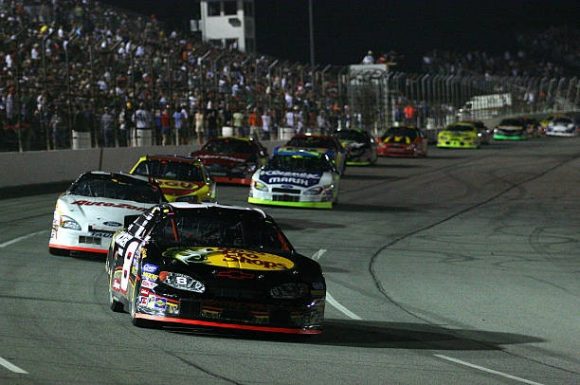 This is the fourth in a series of pieces regarding what I see as essential changes needed for the sport to survive.

Initially in this piece I had planned to suggest that the Monster Energy NASCAR Cup Series should not have so many tracks on its schedule at which the series makes more than one appearance during the course of a season. While some of these NASCAR suggestion pieces are more than a little far fetched, there does have to be at least some degree of realism taken into account. There is virtually no chance the two corporations(International Speedway Corp. & Speedway Motorsports, Inc.) that operate the majority of NASCAR’s tracks would ever agree to give up dates for facilities that are so rarely used throughout the average calendar year as it is.

So instead of suggesting that tracks give up Monster Energy NASCAR Cup Series dates, I am going to propose that those tracks actually add times when the cars and drivers from the top series are in competition on the speedway. As mentioned in a piece earlier, heat racing for the top series could be done on the day(or night) preceding the main event of the racing weekend. That would allow fans more opportunities to come through the gates of the facility with the guarantee of seeing their favorite stars. And as was also mentioned in an earlier piece, the concerns of car owners and crew chiefs regarding the logging of so many miles on their cars during a race weekend could be counteracted by shortening the length of the races.

If the Monster Energy Series is to race on the day before their primary event, what will become of the NASCAR Xfinity Series and the NASCAR Camping World Truck Series that so often lead into the Sunday main event? Here is where the divorce comes in.

I have advocated for years that the two “support” series should be more independent of the top circuit. The use of heat racing would provide the tracks with an opportunity to sell more tickets on Saturday as the biggest stars in the sport would be guaranteed to race on that day. And further, this divorce would allow the other two series to form their own identities and do what they were originally designed to do- serve as a training ground for up-and-coming drivers and crew members.

Far too often, Xfinity and CWTS races are contested in front of grandstands that appear to be almost completely empty. Granted, a seemingly few people in a massive complex might still be more spectators watching than at a packed smaller venue. But it just looks better to have an event play out in front of a full house instead of an empty one. 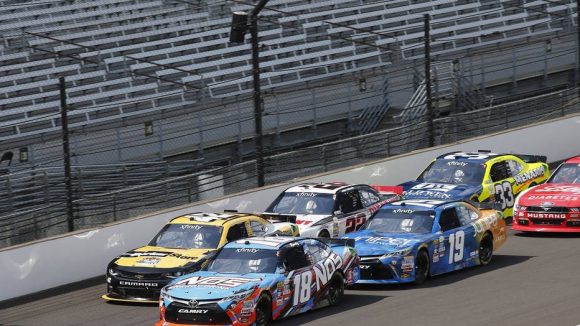 The drivers, teams, sponsors and crew members of those two series deserve better than to be thought of as an appendage rather than as a premier event.

Of course, there could still be a few times each season in which one of the two support series would race with the Monster Energy Series. But for the rest of the year, the Xfinity Series and CWTS could be visiting venues at which they would be the star attraction. Surely there are people working in the NASCAR offices who understand that a grandstand filled with 12,000-15,000 fans and all the energy that goes with that is better for business than an 80,000 seat facility with 15,000 fans in it.

Restaurants have small parking lots for a reason. The appearance of being full is good for business. That same model applies to racing and everything else.

In most cases a divorce isn’t good for anyone. But in the case of the Monster Energy NASCAR Cup Series breaking up with the NASCAR Xfinity Series and the NASCAR Camping World Truck Series everything could work out better for all involved. With the other changes suggested in previous pieces, the Cup Series could carry the load on the bigger tracks while the two “support” divisions could generate excitement in locales that would never have the opportunity to host one of the major league shows.

Respond to this piece here –> @RichardAllenIDR