This is the second in a series of pieces regarding what I see as essential changes needed for the sport to survive. 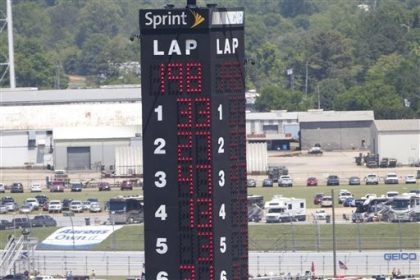 I grew up listening to and later watching NASCAR races that often played out over the course of an entire Sunday afternoon. Those who remember the 500-mile events at tracks such as Dover and Rockingham are fully aware of how long some of those races ran. And as a kid in the 1970’s and 1980’s, I enjoyed the fact that racing would be a major part of my day on those afternoons because I had little else to do and I was passionate about the sport. However, there are many who do not share that same sentiment in these modern and busy times we now live in.

As a high school teacher who has worked with teenagers on a daily basis for the past 27 years, I feel as if I am qualified to say that attention spans in this era are not nearly as long as they were when folks my age were growing up. Any expectation that someone under the age of 30 is going to sit in one place for multiple hours to watch anything, racing or otherwise, is likely going to be met with disappointment.

There’s a reason why sports highlight shows are often more popular among young people than the actual sporting events themselves. A thirty-minute highlight show that covers every NFL game played on a particular day is far more appealing than sitting down to watch one full game in its entirety for this age bracket.

For that matter, there’s a reason why the most successful YouTube vloggers keep the length of their videos under 10 minutes, and often much shorter. They understand the audience they are targeting.

The young people of today are sprinters mentally, not marathon runners. That is not really meant as an insult or a compliment, just as a matter-of-fact statement.

With that said, sports organizations of today must find a way to serve those short attention spans if they are to remain popular in the future. We are already seeing this as Major League Baseball considers time limits between pitches and the NBA and NCAA basketball cut back on the number of timeouts they allow to be used in the final minutes of their games.

Like it or not, traditionalist or not, NASCAR is no different from those other forms of competition. While these are not necessarily words that older purists such as myself may want to hear, if racing is to remain relevant in the coming decades it must find a way to change with its future fans.

To that end, I believe many Monster Energy NASCAR Cup Series races are going to have to be shortened. One thing I have taken from attending dirt races over the past several years is that fans are not always interested in spending long periods of time watching the same event. Dirt races often fall into the 40 or 50 lap range with the longer features lasting no more than 100 laps.

During the past few years I have come to the conclusion that almost every NASCAR Monster Energy Cup Series race needs to have its length reduced with the exception of the Daytona 500, the Southern 500 and the Coca-Cola 600. Those race must remain at their current distance because of the tradition involved. Otherwise, the number 500(miles or laps) needs to be removed from the NASCAR mindset.

For the sake of comparison, another form of racing sponsored by Monster Energy, Supercross, plays specifically to the shorter attention spans of today’s younger people by breaking their contest nights into segments and running timed feature races. While NASCAR can’t run a 20-minute feature, it can cut the amount of laps to smaller numbers.

Personally, I would be fine with races remaining their current lengths. But it isn’t completely up to me. Reality says that my age group is not a major part of the future of NASCAR. And the reality is that shorter races are more suitable for those who indeed are a major part of NASCAR’s future.