This is the second in a series of pieces regarding what I see as essential changes needed for the sport to survive.

One of the major differences I have noticed between dirt racing and racing that takes place on paved surfaces, including events sanctioned by NASCAR, is that pavement racing spends far too much time doing things that are not necessary. First and foremost among these activities that fail to serve the greater good is practice. Dirt racers often get as few as three to four hot laps before the show gets rolling. And often times if a track runs more than three classes on the same night even that number can seem to be too many.

Pavement racing literally spends hours practicing at many of their events, whether it be NASCAR sanctioned or some other type of racing.

Why spend so much time on something that essentially pays nothing? It’s expensive, time consuming, and runs the risk of causing damage to a car with absolutely nothing gained in the process. Tracks and the sport’s television partners would be far better served in the long run by only spending time doing things that are meaningful and serve a purpose. 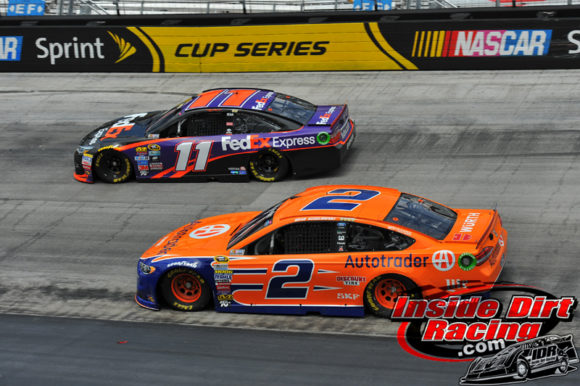 It would seem logical to think that the tracks could be better served on days in which they open their gates to have events that actually matter taking place rather than simply having cars circulate around the facility making lap after meaningless lap. Further, television air time would be far more enticing if there was purpose to the programming.

Fans would be more entertained, and thus be more willing to enter the track’s gates or turn on the TV if there was a reason to do so.

To that end, wouldn’t it be better for the Monster Energy NASCAR Cup Series to employ heat races as the means of establishing the starting lineup for each of their races? As an example, look at how popular the Can-Am Duel races are as they lead into the Daytona 500.

For those worried about extra wear and tear on the cars, greatly reduce the amount of practice time then use a quick qualifying session to set the heat race lineups. Further, the heat races do not have to be long and drawn out. Depending on the size of the track in question, four heats of somewhere between 10 and 25 laps would be sufficient.

Crew chiefs would still get their practice in via the heat races(although probably fewer total laps), but the time spent on the track would actually count for something. And more, the information acquired during the heats would be gained from a true racing environment rather than having cars driving around the track in random, piecemeal fashion.

Wouldn’t you be more inclined to watch heat races on a Saturday afternoon at the track or on television instead of simply watching practice? And add to that the fact that drama of some sort is almost certain to occur in the heat races that would serve as a great intro for the next day’s race.

Note that I said Saturday in the preceding paragraph. I have long advocated that the NASCAR Xfinity Series and the NASCAR Camping World Truck Series need to be separated from the Monster Energy NASCAR Cup Series for the overall health of all. Those two series would be far better served to be racing in stand-alone events at facilities on which they are the star attraction for the season(This topic will be addressed further in a later piece.)

As I said in my introduction piece last week, this is not something that could be implemented overnight. And, of course, it would take a considerable amount of “buying in” by the sport’s stake holders. But with television ratings hitting historic lows and large empty spaces showing themselves in the grandstands week after week, it seems as if the time has come to start considering some changes in the way racing weekends play out before it is finally too late.

Simply trying to manufacture a tight points battle through a playoff type format will not save the sport from this current decline.

Heat races could definitely spice up a NASCAR racing weekends and make everything that happens at the track much more meaningful in the process.