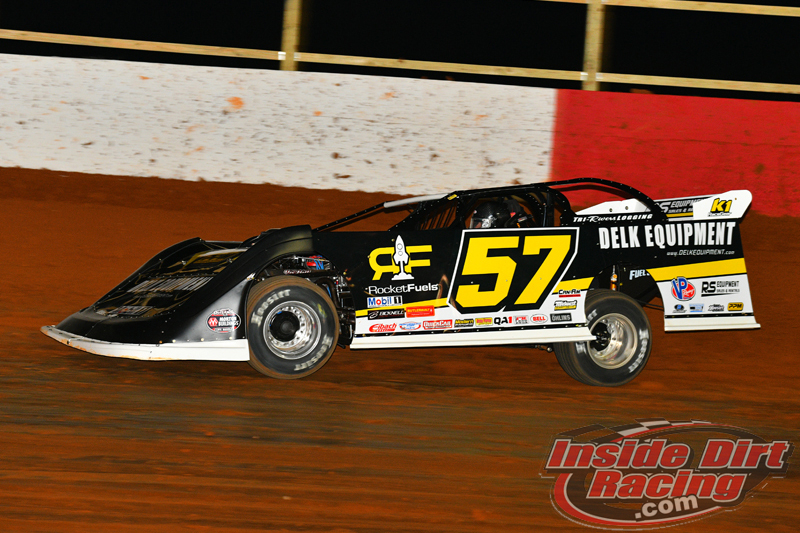 Following a Friday night run at middle Tennessee’s Duck River Raceway Park, the World of Outlaws Morton Buildings Late Model Series moved to the eastern third of the Volunteer State to contest the $12,000-to-win Tennessee Tipoff event. When all was said and done, it was Mike Marlar who left Smoky Mountain Speedway in Maryville, TN with all the accolades associated with winning a major feature race.

Michael Chilton led the way in Group A qualifying with a lap in 16.058 seconds around the 4/10 mile clay oval to beat out Mike Marlar, Brandon Sheppard, Shanon Buckingham and Cade Dillard.

Josh Richards was quickest in Group B time-trials with a time of 15.839 seconds to top Chris Madden, Darrell Lanigan, Pearson Lee Williams and Scott Bloomquist.

Brandon Sheppard took the win in the first heat race of the night by outrunning Ricky Weiss, Cade Dillard and Jimmy Owens then Mike Marlar scored the victory in the second preliminary ahead of Shanon Buckingham, Cory Hedgecock and Brandon Overton.

It was Darrell Lanigan who saw the checkered flag first in the third heat of the evening over Chase Junghans, Josh Richards and Scott Bloomquist just before Chris  Madden won the fourth and final heat besting Pearson Lee Williams, Donald McIntosh and Chris Ferguson.

The World of Outlaws Late Model Series redraw placed Sheppard on the pole with Madden, Marlar, Lanigan, Williams, Junghans, Buckingham, Weiss lining up in order for the main event.

Madden took the initial lead at the start of the 60-lap feature with Sheppard, Marlar, Williams and Lanigan trailing. Lanigan moved forward on the second circuit when he passed by Williams to seize the fourth position. 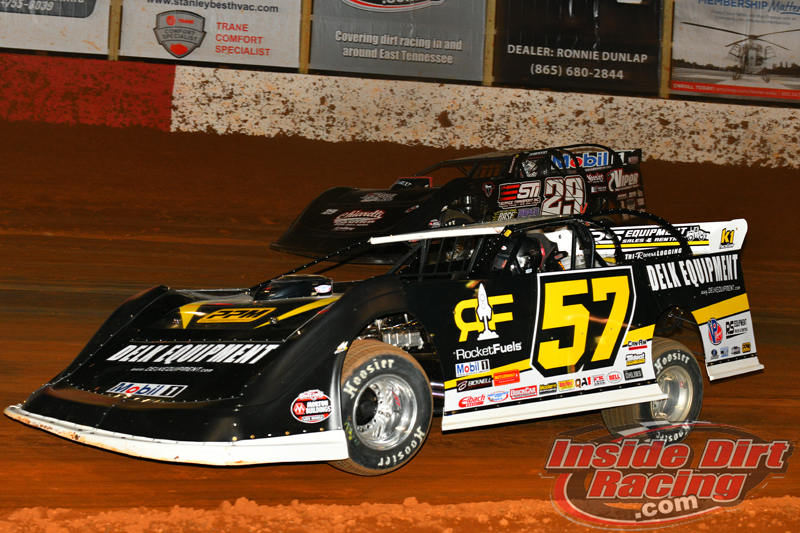 By lap 6 the the top-5 of Madden, Sheppard, Marlar, Lanigan, and Williams ran in single-file as they looked to separate themselves from the pack. Two laps later the top-3 looked as if they might break away from Lanigan and Williams but a caution for the stopped car of Overton regrouped the field on lap 8.

Marlar bolted to second on the restart while Lanigan took third from Sheppard and Weiss entered the top-5 after the field returned to green. Then Weiss moved up to take fourth away from Sheppard on lap 11. Weiss then wrested the third position away from Lanigan on lap 14.

Williams slowed to bring out a caution on lap 18. On the ensuing restart Weiss took second while Sheppard grabbed fourth just moments before the top-5 running car of Lanigan exited the track with mechanical issues. 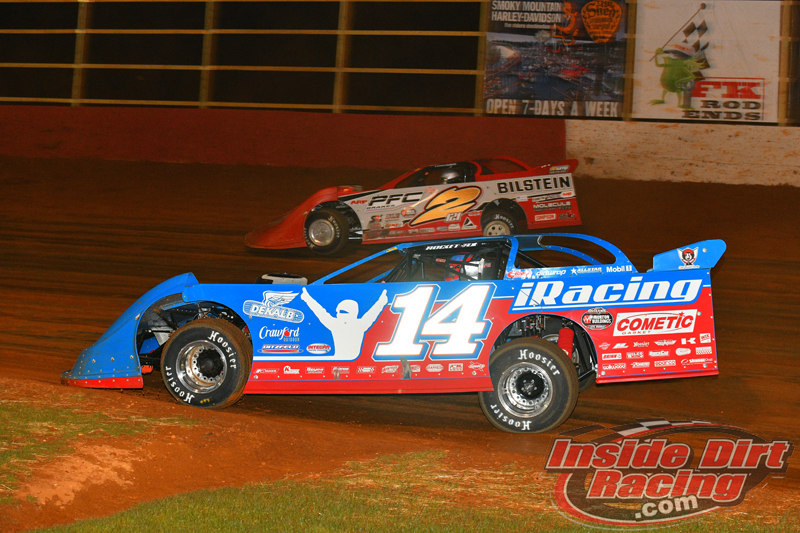 Another disaster struck one of the front runners just before the halfway point when the lead machine of Madden slowed suddenly with apparent engine trouble. Weiss then inherited the lead with Marlar, Richards, Sheppard and McIntosh in his wake.

It was at that point when the battle was joined between Weiss and Marlar for the lead of the race. Marlar used a slide job pass to take the top spot on lap 27 but Weiss fought back to the inside of the No. 57 car. However, Marlar was able to fight back the challenge.

Marlar briefly pulled away until slower traffic allowed Weiss to reel the leader back in. On lap 50 the Canadian drove by the regain the lead. But just as it had earlier, traffic would allow the second place runner to catch up. 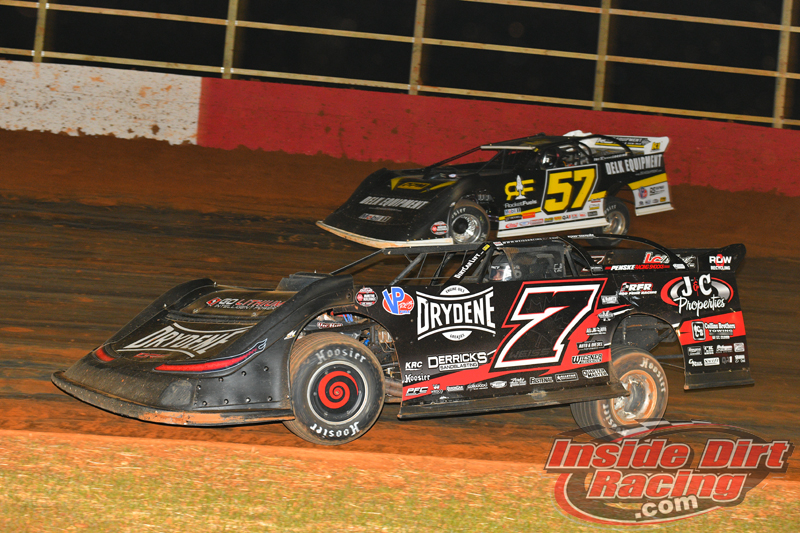 With just three circuits remaining, Marlar made the decisive move as he employed another slider to take the lead for the final time. The Winfield, TN pilot then sailed under the checkered flag to claim the victory. 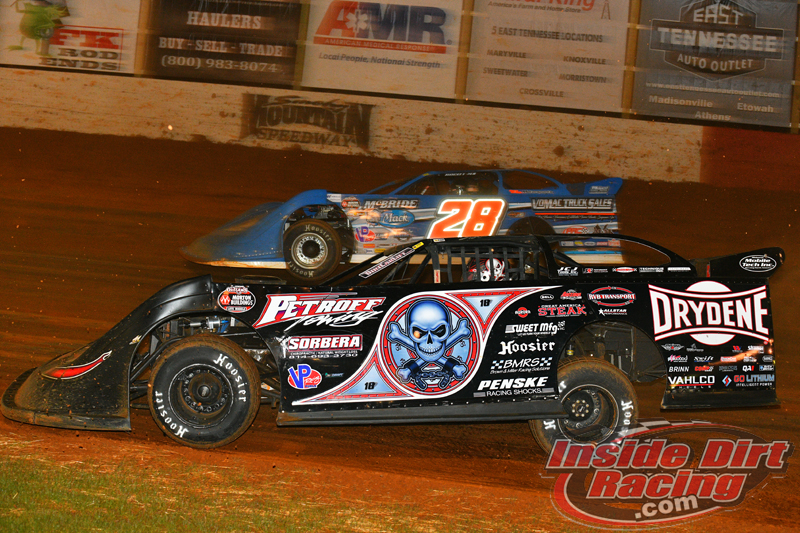 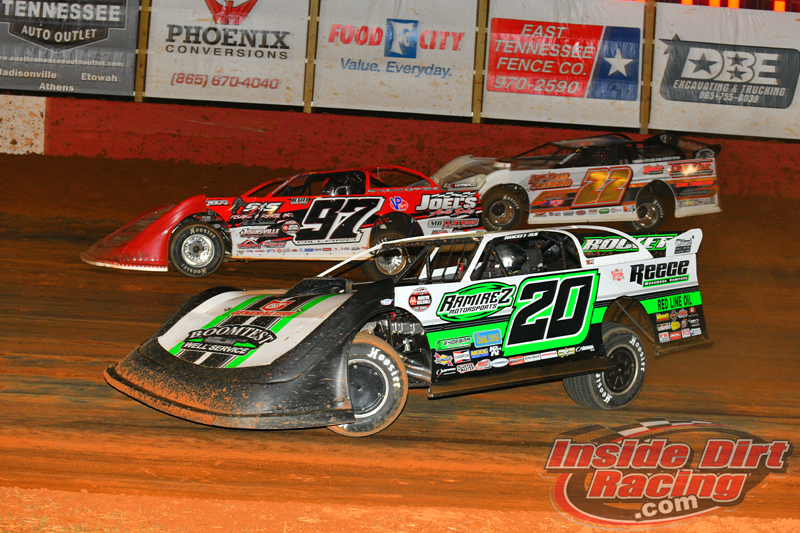 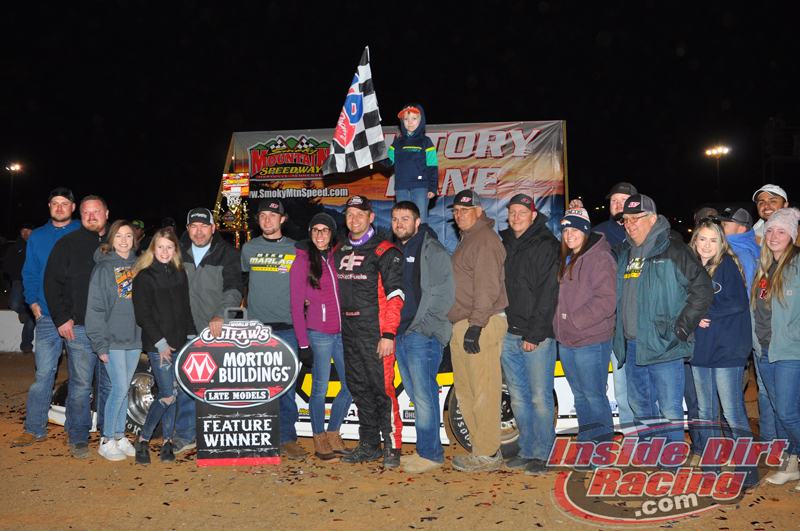