Along with the World of Outlaws Morton Buildings Late Model Series the Smoky Mountain Speedway also staged racing in the Limited Late Model and Sportsman Late Model divisions. At the end of the night, it was Cory Hedgecock and Jed Emert who left the Maryville, TN track as victors. 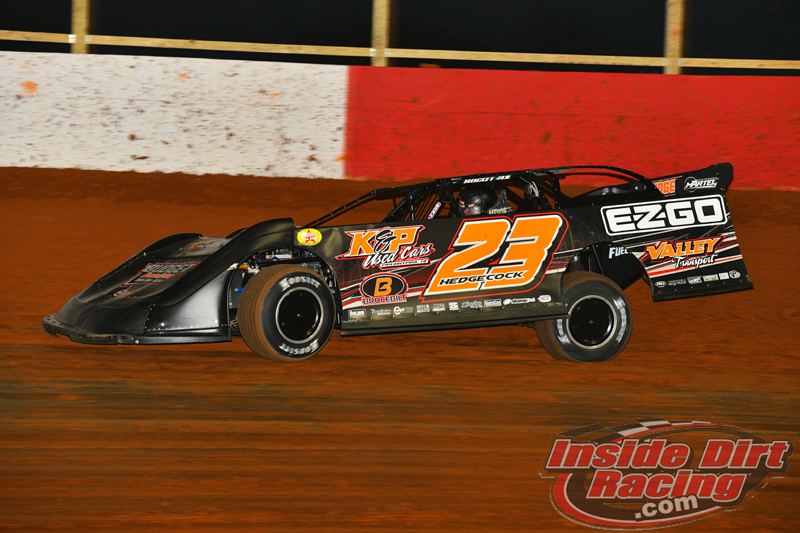 Hedgecock jumped to the early lead in the 25-lap feature with Giffin, Crabtree, Guinn and Neely in his tire tracks. Crabtree was able to pass by Giffin in the early going to brab the runner-up position. However, the dominant No. 23 machine quickly began to pull away from the pack even when slower traffic became an issue at lap 7.

Two mid-race yellow flags regrouped the field at laps 12 and 16.

Those caution provided opportunities for drivers to improve their positions on the ensuing restarts. Guinn slipped by Giffin to assume the third position just before Giffin and Horton engaged in a battle that saw them exchange the fourth and fifth position multiple times on lap 13 and 14.

Neely jumped up to the fourth spot following the lap 16 restart. He then fought with Giffin over that position for the remainder of the event.

But no one was ever able to mount a serious challenge to Hedgecock as the Loudon, TN sailed under the checkered flag to score the Limited Late Model victory and earn $1,500 for his efforts. 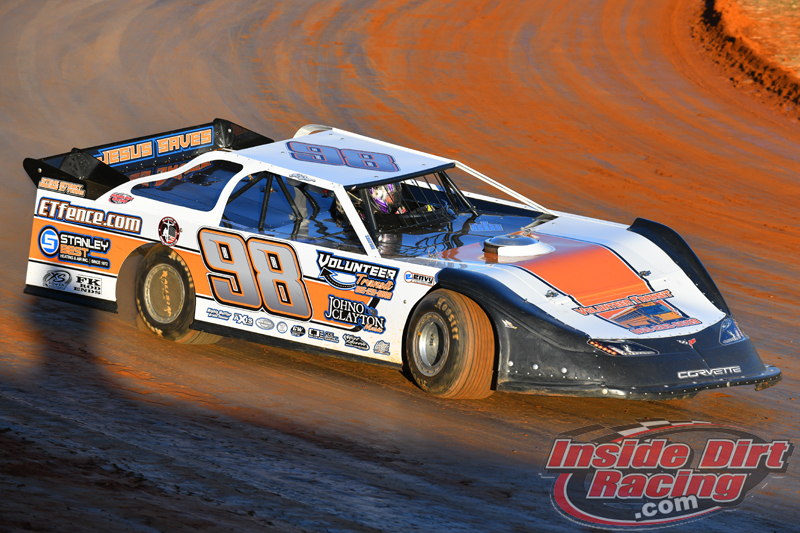 At the start of the 25-lap feature Fultz immediately went to the front with Shannon, Emert, Sawyer and Miller trailing.

A series of cautions slowed the pace of the action between laps 2 and 6. Under the lap 2 yellow period the leading car of Fultz began showing signs of smoke from the right front of the machine which was determined to be an issue with the brakes.

Just after the lap 2 restart the Fultz machine spun in turn 4 and collected the car of Shannon. Emert, who had moved to second just before the Fultz caution, then inherited the race lead ahead of Shannon, Miller, Beets and Whitehead.

A big crash on the backstretch damaged several cars, some quite heavily. Driver Cody Courtney was transported by ambulance to an area hospital with an injured arm which was determined to be a bruised nerve in his elbow.

Following that restart the feature went green for the remainder of the distance with Emert pulling out to a relatively comfortable lead and ultimately holding on to collect the $1,200 first prize.