Home Features How young is too young to drive a Late Model?

How young is too young to drive a Late Model?

In recent years, there has been somewhat of an influx of young drivers climbing into race cars of all types around the country. Often times, these kids are driving on race tracks even before they are old enough to drive on the street. Some of these youngsters are seeing great success just as was the case during a recent weekend at Smoky Mountain Speedway in which a pair of 16-year-olds, Carder Miller and Eli Beets, won American Crate All-Star Series features.

But there have also been instances in which things did not go so well for young racers. After an stellar attention-getting performance in the World of Outlaws Morton Buildings Late Model Series event dubbed ‘The Last Call’ at The Dirt Track at Charlotte, young Parker Martin found himself in contention to win the prestigious National 100 at East Alabama Motor Speedway the following weekend. However, after contact with veteran racer Jason Hiett on the last lap, both Martin and Hiett were passed by eventual winner Joseph Joiner.

CHAOS on the last lap and Joseph Joiner WINS the #National100!

Tempers flared following the checkered flag at EAMS as a large crowd gathered in the pit area as supporters of both drivers demonstrated their frustrations. Ultimately, it was determined that Martin’s last lap move was worthy of disqualification and he was placed at the bottom of the final running order.

I am witnessing this everywhere. Children are driving these race cars. They don’t even know where their wiener is yet. https://t.co/LVq4Ds9VWv

Wallace then tweeted that he is very much a supporter of young drivers being involved in the sport.

Jerry Beets is the father of young Crate Late Model competitor Eli Beets. He points out that age is not as much of a factor in determining who should be behind the wheel of a Late Model as much as the attitude of the driver. That said, however, he believes that when an issue occurs on the track between and adult and a minor, there are limitations as to how far the adult can go in showing displeasure.

“I agree that you shouldn’t be able to touch a kid,” Beets stated. “But the kid has to have a maturity level to go and do this racing stuff and they’ve got to understand that. You also have to parent, in my opinion, correctly. They have to learn respect, and that goes for on and off the race track.” 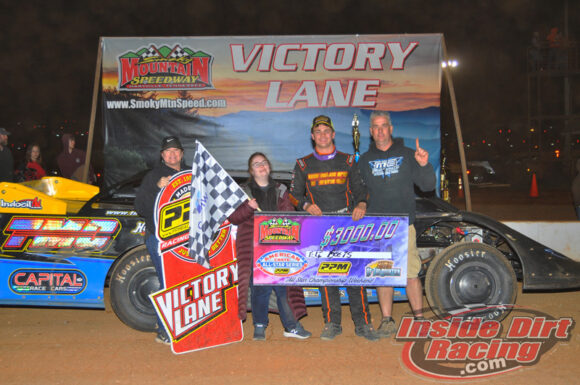 He believes his son is worthy of being on the track with adult drivers because of the young man’s outlook on the sport.

“He races this car like it’s his money,” Beets declared, pointing to the No. 109 Capital Race Car. “We brought him up through the go-kart deal and we’ve taught him to race with respect and to treat people with respect.”

David Bryant is the crew for Blount Motorsports and driver Donald McIntosh. He believes dirt racing is in need of younger participants and that adults need to take the leading role in fostering their development within the sport. 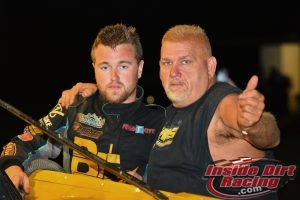 “I think 13-year-olds, all girls, all kids, we need to support them,” Bryant insisted. “They’ve got to learn these life lessons but if we don’t get more kids in racing we’re in trouble. It’s us as adults who need to handle it better and help them. Guys need to go to a kid like that and say ‘you were out of control and you messed up’ but they shouldn’t be slamming him. I understand he was kind of cocky, but he’s a kid and you’re going to be that way. As adults, we need to support them and get more coming in.”

Veteran driver Randy Weaver has no issue with competing against young drivers. He says that mistakes occur among drivers of all ages. Like the elder Beets, he believes respect for the sport and other racers, not age, is the key.

“I don’t have a problem with racing against kids,” Weaver said. “Everybody says it was a complete take out and I watched it. But just remember, some of those same adults have done just as bad or worse so it’s just part of it. If you’ve got too big of an issue, I’m sure there’s a dad there or somebody you can take it up with. Some of those involved in some of that stuff have done me and others the same way and we were all way over 15 years old. I figure you just pick and choose the way you want people to race you and you’ve got to live with it from here on.” 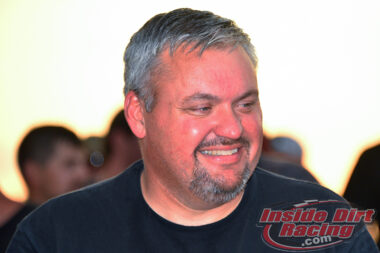 Weaver’s own son is a frequent Late Model competitor. Even though Cameron Weaver is over the age of 18, his father still considers the risk of sending young drivers onto the track.

“It’s just like my son, when I put him out there, I’m putting him in that spot and everybody knows, especially me after my wreck, what can happen,” Weaver explained. “The only way it(the driver’s age) would ever weigh in would be if you were mad enough to get in a hands-on deal with a kid. But like I said, there’s usually somebody there you can take it up with.”

So how young is too young to be behind the wheel of a Late Model machine?