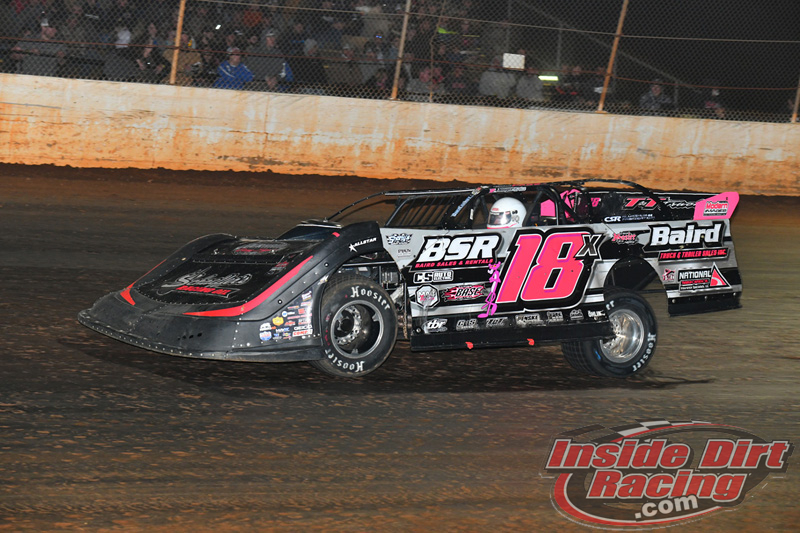 The Schaeffer’s Oil Fall Nationals made its way to the Boyd’s Speedway on Saturday night to contest its fourth feature race of the 2020 season. When all was said and done, it was Michael Page who scored the victory at the Ringgold, GA facility to secure the winner’s trophy. The home state driver was awarded $5,000 for his efforts.

With his third place finish, Donald McIntosh has now assumed the lead in the Fall Nationals standings.

Randy Weaver was fastest in Group A qualifying on the third-mile clay oval to top Michael Page and Donald McIntosh.

Heath Hindman led the way in Group B time-trials to beat out Todd Morrow and Austin Smith.

The  top-3 from each qualifying group then went to a dash race that set the first three rows of the feature starting lineup. Page won the dash ahead of Weaver, Hindman, McIntosh, Smith and Morrow.

Michael Page beat out Randy Weaver, Heath Hindman, Donald McIntosh, Austin Smith, and Todd Morrow in the dash race held among the top-6 qualifiers to set the first three rows on the starting grid for the feature.

When the 50-lap took the green flag it was Page who took the early lead with Weaver, Hindman, McIntosh and Morrow following in his tire tracks. The running order would remain the same for the first 10 laps as the top-5 cars ran in single-file formation.

McIntosh then began to move forward as he wrested third away from Hindman on lap 11.

A lap 15 caution slowed the action and gave the leaders a brief respite from slower traffic. On the ensuing restart Smith jumped ahead of Morrow to claim fifth.

McIntosh closed in on the rear spoiler of Weaver as he sought the runner-up position. On lap 18 the No. 7m car was able to make the move that netted him second.

By lap 23, McIntosh had moved in on Page and began applying heavy pressure. However, a lap 27 caution gave the leader a reprieve.

Weaver further interfered with Mcintosh’s plan for taking the second spot away on the lap 27 restart. At that point, the top-3 of Page, Weaver and McIntosh looked as if they might separate themselves from the pack in order to settle the issue until Smith passed by Hindman for fourth on lap 35 then closed in on the lead trio.

A lap 45 caution gave his pursuers one last shot but Page maintained his control of the race over the final five laps and cruised to the checkered flag. 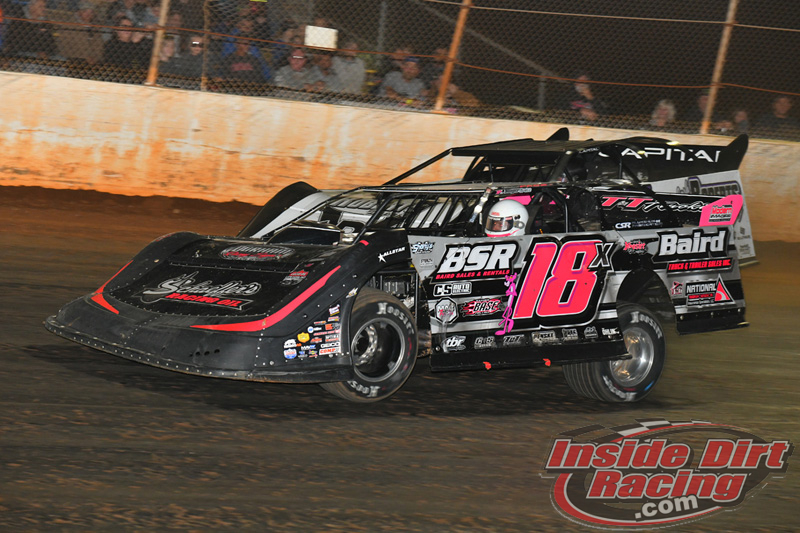 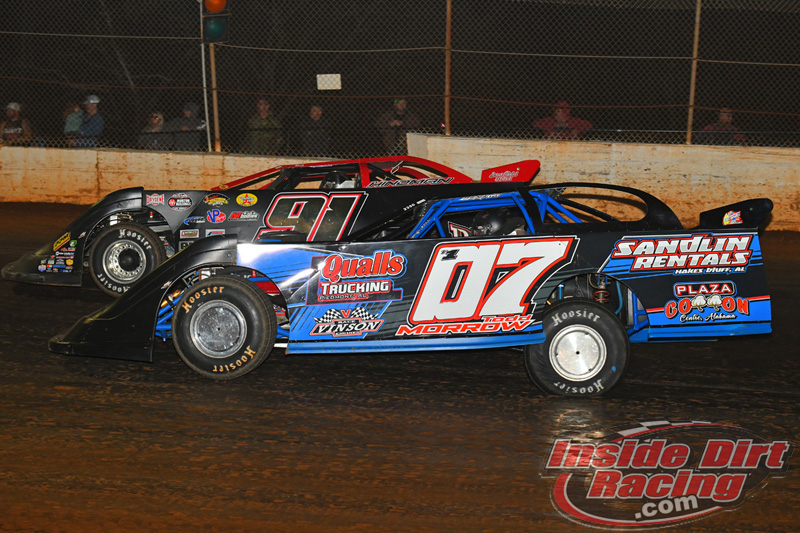 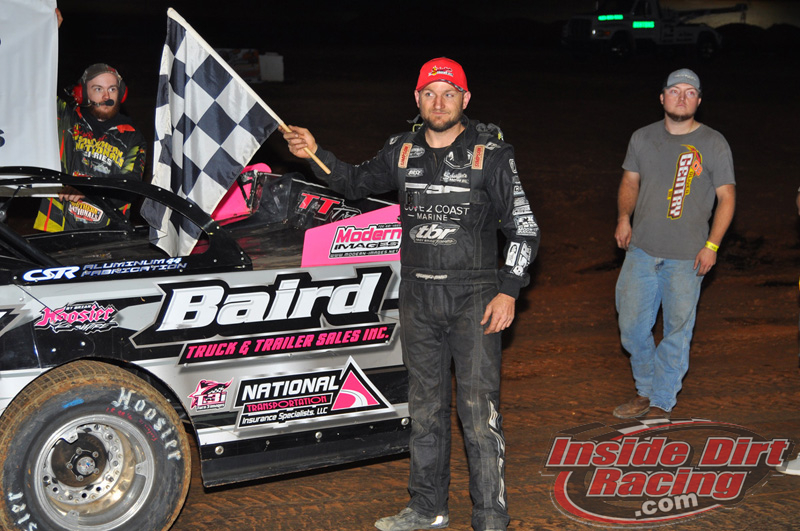