Home Blogs When is it appropriate to criticize a race track?

When is it appropriate to criticize a race track? 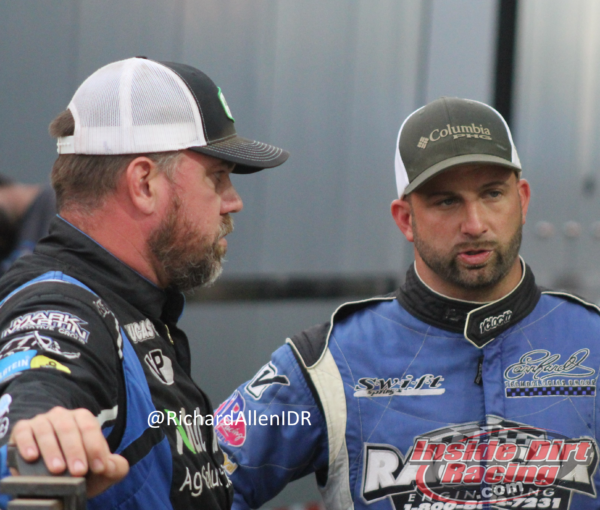 There is an old saying that warns, “Don’t bite the hand that feeds you.”

In dirt racing, drivers and teams depend on race tracks to feed them with events so they can make money. At the same time, though, race tracks depend on drivers and teams to feed them by paying entry fees and drawing fans to their events. So in the case of racing, the teams and the tracks are both “the hand that feeds” and “the mouth getting fed.”

But for now, let’s consider whether or not it is appropriate for drivers and teams to criticize race tracks. We hear it from time to time as complaints about the roughness of the racing surface, the management of the show, or the condition of the facility.

So far in 2022, there have been a number of instances in which drivers have openly shown disdain for the tracks upon which they have just raced.

Earlier this season at Volusia Speedway Park a contingent of drivers second guessed the new clay placed there. Some were not happy about the hard crashes that took place at Bristol Motor Speedway. Just recently, the roughness of the track at Lucas Oil Speedway during a preliminary race for the Show-me 100 drew criticism. And this past weekend, some questioned the readiness of the Eldora Speedway for the upcoming Eldora Million and Dirt Late Model Dream following the Johnny Appleseed Classic.

In most, if not all of the instances referred to above, it is important to point out that weather had played a role in track preparation as rain and fluctuation of temperatures had made track preparation difficult.

After his car suffered heavy right front damage during the Appleseed event, driver Kyle Bronson pointed to the Eldora track surface and its new clay as a primary source for his trouble. However, the Florida native, who now owns the Golden Isles Speedway near Brunswick, Georgia later took to Twitter to recant his comments.

But the question of just how much to complain, if even at all, remains. Do the remarks of the disgruntled actually do any good?

It could possibly be argued that when drivers pointed out their displeasure following the Don & Billie Gibson Tribute at Lucas Oil Speedway it made a difference for the Show-me 100 held at the Wheatland, Missouri facility the next day.

Jonathan Davenport, who is not often one to complain, described the Lucas Oil Speedway as difficult at best following his second-place finish in the Show-me 100 preliminary. He likened the experience to riding bulls, as race winner Johnny Scott is known to do.

“I guess I need to start riding bulls and horses like he does, he had an unfair advantage,” Davenport quipped in his post-race interview. “I was just trying to find the smoothest line around the race track. It’s one of the nicest facilities in the world and we can bash or do whatever but it had a lot of character tonight and it wasn’t very fun to drive on. We’ve got a hundred laps tomorrow so maybe they can make it a little more race car friendly.”

“There towards the end I needed to move my line up in three and four because it got so rough on the bottom I couldn’t get through there no more,” Scott pointed out. “I’m gassed right now, that was a rough track.”

Here is where the argument that pointing out a track’s imperfections may actually produce some positive results. The following night the racing surface appeared to be much better for the crown jewel Show-me 100 and there were few, if any, complaints lodged.

I often participate in the ‘Fast Talk’ segment with the DirtonDirt.com regulars. One of the topics in this week’s round table discussion was the Eldora track following the difficulties during the Johnny Appleseed Classic so it would appear that the concern of drivers is being recognized.

As in any walk of life, racing or otherwise, those who do nothing but complain lose their credibility over time and those never complain are never heard. Those who only complain when it seems appropriate are typically listened to with more effect.

Further, if everyone involved is showing displeasure, it is probably best for those concerned to listen. So when is it appropriate to criticize a race track and the answer to that is, most likely, when it is seen by many to be truly justified rather than simply the excuse making of someone who didn’t have things go their way.

And bear in mind that we did not even address mismanaged shows or poorly maintained facilities in this piece. Perhaps that is a discussion for another time.