Put a spotlight on one aspect of the Memorial Day racing weekend.

Richard: There are several places to go with this considering that there were so many races but I’m going to focus on Chris Ferguson getting his first crown jewel win on Saturday night when he captured the Show-me 100 at Lucas Oil Speedway. This has been one of those things that seemed to be a long time coming as the Mt. Holly, NC driver always seems to be in contention for big wins only to have a flat tire or some sort of mechanical issue snatch victory away at the last moment.

I believe Ferguson’s $50,000 win earlier this year in an XR Super Series race at Bristol Motor Speedway may have been the thing to put him over the top in terms of scoring wins at the very highest of levels. He is always fast in these types of races as will be shown by him setting fast time in qualifying, winning a heat race, or even leading laps in the feature. Now it has been shown that he can seal the deal by taking the checkered flag.

We might look back on this victory a few years from now and realize it opened a floodgate to more that were to come.

An honorable mention on this point goes to Ryan Gustin for winning his first World of Outlaws CASE Construction Late Model Series feature at Ohio’s Sharon speedway. This was another win that seemed a long time coming, and like Ferguson’s crown jewel, we may look back at some point and see that it opened a floodgate. 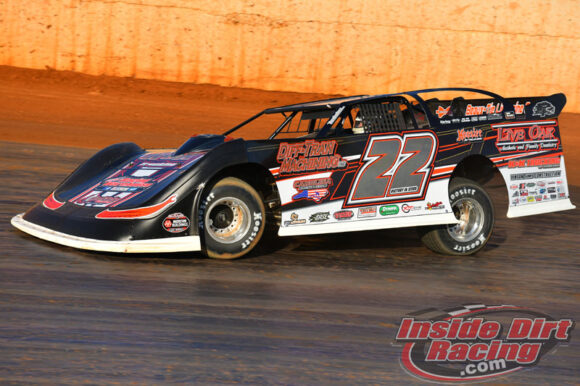 Michael: Ferguson came close to winning the Show-me 100 a few years ago, but instead won the Diamond Nationals. He’s proven to be really good at Wheatland. Saturday’s win shouldn’t be surprise. But for the reasons you mentioned, something has always bitten him.

In victory lane, Ferguson mentioned becoming a better race car driver. He’s always had good equipment. If he is a better driver, as he says, more big-time wins are bound to come his way.

One of the hardest things about promoting a big event is picking the support classes that will run along with the main event, isn’t it?

Richard: This is a topic that is often discussed. When a track is hosting a major event such as a national touring series race or something else that is sure to draw a big car count in the primary class as well as lots of fans, the question of how many support classes to run and which specific classes can be a tough call.

Obviously, the track wants to stage a race that will not only fill the gaps of time between hot laps, qualifying, heat races and the feature for the main event but will also provide entertainment for the fans and will benefit the drivers and teams involved. Doing all of that is not as easy as it may seem.

If the track in question runs weekly shows, they may have to decide to cut one or more of their regular divisions to make room for the special event. That can prove to be a touchy situation sometimes as no promoter wants to alienate their regulars, but at the same, may not want to run all of those classes due to time considerations and total purse payouts.

Where it can get really tough when deciding on support classes for a big event can be for those tracks who do run weekly shows, and thus, do not have their own in-house racers to choose from. As a result, a great deal of scheduling cooperation may have to take place between the host track and other surrounding tracks to “borrow” one of their divisions for a night or two.

A track needs to have enough support races to assure that there will be as little down time as possible when the teams in the main event division are preparing cars for their next time on track but they don’t want to have so many support races that the show drags on and leaves a bad taste in the mouths of those fans who might be visiting for the first time.

This is a tricky situation. There are a lot of reasons why I’m glad I am not a promoter and this is one of them.

Michael: When a track runs weekly and holds a major event, deciding which regular classes to run is a tough decision. Many will base it on what the car count has been in previous weeks. Some will cut off their top class.

In the few years I worked at Atomic, anytime we chose not to run a class for a special event, the drivers in that class would get upset. I’m not sure if that’s the case in today’s environment.

For a special events track, it’s difficult to pull in a support class or two the track hasn’t ran in a long time or has never ran them. The promoter just doesn’t know what the car count will be, thus making it a difficult decision.

Josh Richards suffered a serious injury on Sunday night at Eldora Speedway. It is sometimes easy to forget that racing is a dangerous business until something like that happens, isn’t it?

Richard: When Chris Buescher’s car flipped over then came to rest on its top during NASCAR’s Coca-Cola 600 on Sunday night at Charlotte Motor Speedway the thought of him possibly being hurt never really entered my mind. We have grown so accustomed to seeing drivers walk away from what appears to be very serious wrecks that we may sometimes grow complacent.

But yes, this is a dangerous business.

In all likelihood, those watching the Johnny Appleseed Classic on Sunday night at Eldora Speedway probably thought Josh Richards had suffered some sort of mechanical problem that had caused him to stop on track only to realize after he emerged from his car bloodied and dazed that it was something much more serious.

Richards had been struck in the helmet by a dirt clod that caused serious facial injuries that resulted in his hospitalization.

Unfortunately, we have incidents such as this from time to time that remind us in a stark way that, although great strides have been made in the area of safety, drivers are still putting themselves very much in harm’s way whenever they take to the track. Hopefully Richards can recover quickly and completely and the sport can learn from this situation to make even more improvements. 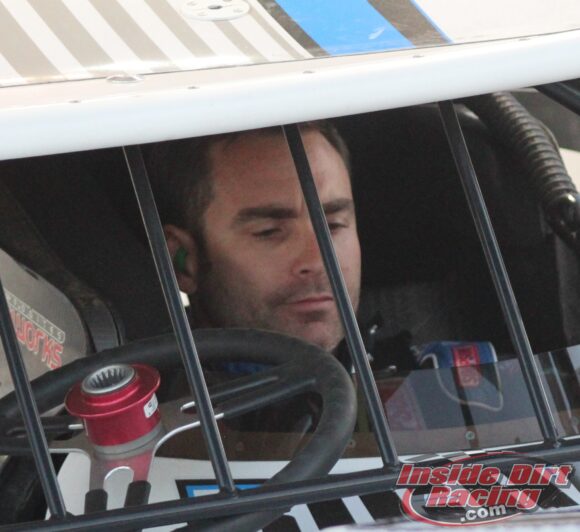 Josh Richards in the cockpit of his race car

Michael: It’s easy to forget how dangerous the sport of racing is until you strap yourself into one of these cars or see some of the accidents these drivers are involved in.

For as safe as the cars are today, Dirt Late Models have one of the worst records when it comes to head and facial injuries. Aside from having a few bars in front of the driver, huge mud clogs or pieces of metal used for weight get into the cockpit with a certain degree of regularity. I don’t know the solution to this. Maybe some of the car builders will come up with something soon before too many more drivers get hurt.