Have we seen the last win by Scott Bloomquist?

Richard: I think it is safe to say that Scott Bloomquist is, perhaps more than any other figure in sports, the most polarizing participant in his particular sport than any other person in their own endeavors. For decades, fans have shown up at race tracks to either root for him or to cheer for anyone and everyone racing against him. It is virtually impossible for anyone who has followed Dirt Late Model racing for more than just a few years to be neutral on the subject of Scott Bloomquist.

However, the driver known as ‘Black Sunshine’ clearly has not been himself since he was involved in a motorcycle accident back in 2019 that caused significant damage to his hip and leg. Although there have been moments such as earlier this year at Bristol Motor Speedway where flashes of the old Scott Bloomquist appeared, the wins, or even competitive runs, have been few and far between.

A report surfaced last week on DirtonDirt.com that Bloomquist’s health issues have resurfaced and are proving to be a hindrance. And keep in mind that this is a 58-year-old man as well. As any of us beyond the age of 50 knows, the body doesn’t heal and recuperate as well as it used to.

That said, this is one of the most innovative car builders and fiercest competitors racing has ever seen so I would never count him out. The No. 0 has shown speed at times this year but has not shown great staying power. But the facts and the odds say that, unless there is some unusual circumstance, it is not likely that he will win again.

I have never considered myself a reporter but just a fan who happens to write stories. Reporters aren’t supposed to root, just report. But since I’m a fan, I am rooting for Bloomquist to have at least one more great moment left in him because he has been good for the sport of Dirt Late Model racing over the course of his career. 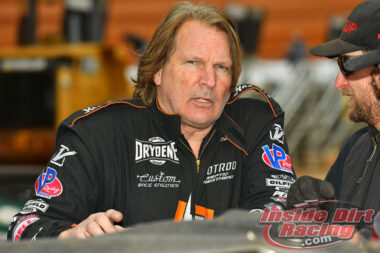 Michael: I believe we have seen the last major win by Bloomquist. He might get some show up money to run a regional race somewhere that he wins. But on a national level, you have to be on top of your game both physically and mentally. I don’t think he’s there either way.

I have felt this way over 2 years. This is not a new line of thinking for me. As you said, the recovery from such a major injury is difficult. At Bristol and a couple of other events, I thought he might get another win somewhere. But that thought didn’t last long for me.

Being a fan of a lot of sports, it’s hard to see a star get close to the end of a career and the production level off. It’s almost heartbreaking to see a star be toward the end and then have a major injury that limits or ends a career instead of leaving on his or her own terms.

What are your initial impressions from the early portion of the Schaeffer’s Oil Southern Nationals?

Richard: After only three races I have been impressed with both the competition and the car counts. Two of the races have attracted more than 30 cars with the exception coming at Wythe Raceway which has always had difficulty in that area. Each race has also featured at least one lead change as well. So the early returns look positive.

The fact that Dale McDowell and Cory Hedgecock have won features comes as no surprise but there are several drivers capable of winning who have entered each of the events so far.

The true test for this two-week mini-series starts now as some of the purses drop below the $10,053-to-win mark, the travel picks up and the heat of summer begins to take its toll.

This series is always well run which helps draw cars and fans. This is typically one of my favorite times of the year and, once again, I am liking what I’m seeing.

Michael: The number of drivers that intended to run the whole series has started out higher than I thought it would be. There wasn’t publicity on how many would be running the series. That’s been impressive.

As you stated, we’re at the point where several drivers may cut off their trip. The break in the schedule and the trip to deep, southern Georgia are where drivers are likely to cut it off. The competition has been outstanding. The joke around some circles is they call the Southern Nationals the “front row” nationals. That hasn’t been the case in 2 of the first 3 races to date. 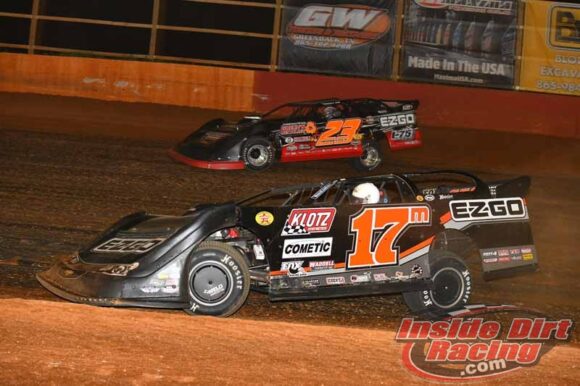 What is the appropriate number of support classes when there is a Super Late Model special event on a weeknight?

Richard: This is one of those questions which can be tough to answer as there has to be a combination that benefits fans, competitors, and promoters.

Fans probably need to be out early due to having to go to work the next day so having a large number of classes will not serve them well. Competitors face some of the same concerns as fans in that they many have responsibilities for the next day or they may be facing two or three hours of travel to get to the next venue.

Promoters obviously need to make money and one way of doing that is to get as many cars and people through the pit gate as possible. Ultimately, the key is running an efficient show. And another thing that should always be done is to make sure the primary class runs its feature early in the night so that fans and competitors who have to travel further distances can go ahead and head for home.

But to answer the question, there should never be more than a total of four classes racing in a weeknight event.

Many tracks are going to a combo hot laps/qualifying session. That helps with the speed of the program. If the track is running heat races for those classes, the number should be lower.

I think Volunteer Speedway running a total of 5 classes with all the preliminaries for the Late Models was really pushing it. That was the primary reason I opted not to attend. Had the rain not delayed things by 2 hours, I think they would have been finished between 10 and 10:30. That’s a good time to be finished on a work night. Not everybody works for themselves or can take time off at any time to be able to stay any later than 10-10:30.