Randy Weaver looks to have fun, help son’s racing career behind the wheel

Randy Weaver was at the highest point of his racing career in 2016 until a vicious accident left him with serious head injuries. Now, the Crossville driver is planning on racing again with a partial schedule.

In April 2016, racing came to an end following a scary looking accident. Weaver’s car made multiple end-over-end flips at a Lucas Oil Late Model Dirt Series race at East Alabama Motor Speedway. He sustained a serious head injuries that left him with multiple concussions, headaches, and vertigo. His injuries prevented him from working and spending time with his family.

Weaver ran a few races in 2018 with his own team following a long recovery from his head injuries. The short stint in 2018 was to show he could still had what it takes to be a competitive racer. 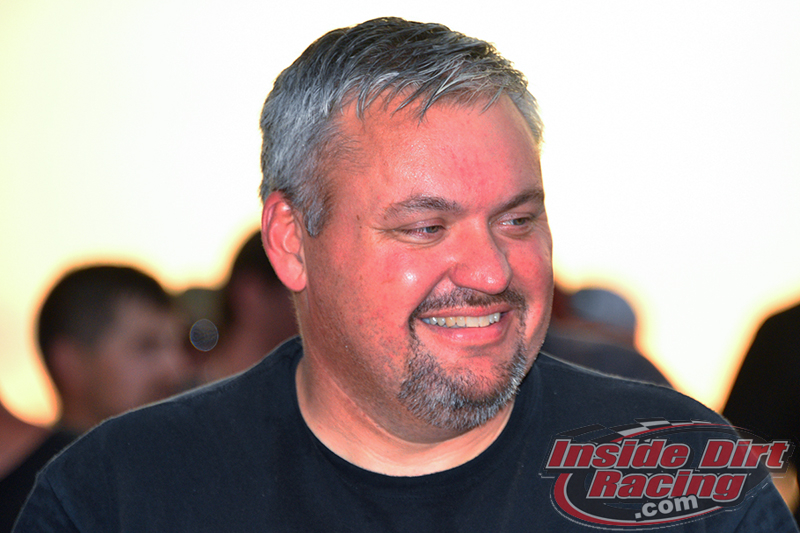 “My health is good,” Weaver said. “That year-and-a-half was the most difficult thing I’ve ever been through. I wouldn’t wish that on nobody. It was within a month of it being a year-and-a-half since my injury and I was 100 percent. I run four races just to prove to myself I could still do it. There were some people saying our equipment was junk and I run a few races to show that wasn’t true.”

Weaver will be racing in select crate late model races in 2020 driving for Scott Romines, a Seymour late model team owner. Weaver had no plans of racing again. Prior to his announced return, Weaver’s son, Cameron, was named the driver of the CVS house car. To help his son with his driving career, Weaver agreed to race in an effort to help his young develop as a driver.

“Chip Vineyard is the one that really put it together,” Weaver said. “Scott had Michael Courtney driving his car and he wasn’t racing as much. He was dedicating more of his time to running his four cylinder, so they were looking for another driver.”

“Chip called me and asked me about Cameron driving his car. Cameron doesn’t have a lot of experience, Scott called me and asked me if I’d be willing to drive his car to give them some feedback to help Cameron along. I wasn’t going to do it at first, I wasn’t interested in racing again. I finally agreed I’d race some to help out Cameron. I don’t want to race every weekend and Scott was okay with that.”

Weaver does not want to call this a comeback. His schedule will consist of select crate races in the region. He said the main goal is to help his son and to have fun.

“As long as I’m having fun, I’ll keep racing,” Weaver stated. “We might be at 411 this weekend if the weather cooperates. If it gets to be where it’s not fun, I won’t do it.”

“Since the announcement, I’ve already had three or four teams contact me to run supers. I don’t want to do that again. I may run a couple of races for someone that’s sponsor related, but that would be it. I said I’d never be back again if I’m not having fun and grinning. There’s a lot of pressure to running supers because of sponsors and everything that goes with that. As a driver, you want to get to the top. And then you get to the top and you see what all goes into it other than the racing.” 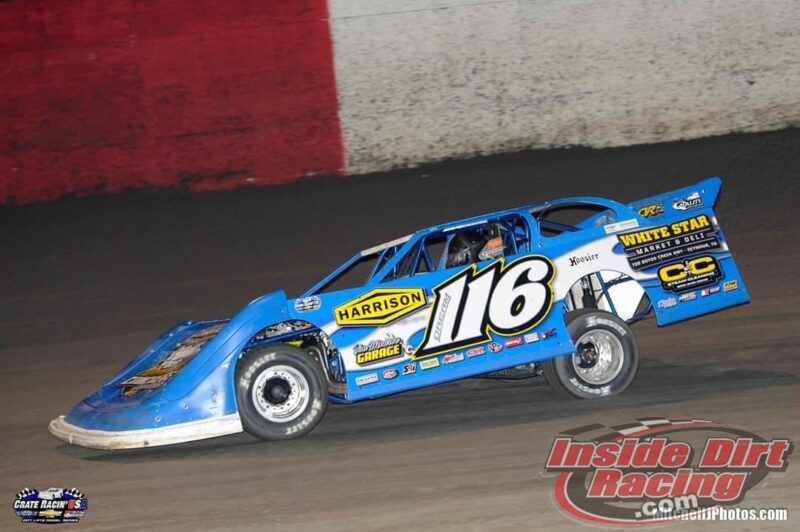 Weaver has already competed in a few races. He and the Romines team garnered attention winning their first time out in a Crate Racin’ USA event at East Bay in late January. But the win has been stripped due to a failed tire test.

“Anybody that knows me know I’m the biggest guy against cheating,” Weaver exclaimed. “Scott had bought some used tires and decided to use them down there. We didn’t expect to win the race, but we were pretty good down there. They called me earlier to tell me the lab results. I told Scott as long as I’m driving the car, I only want new tires on it. I don’t do much with the car except take the shocks off and run them through the smasher. Other than that, I don’t do anything on the car. I just hate that my name is now associated with cheating tires.”

While Weaver is racing, his main focus is still helping his son become a better driver and achieving success.

“I don’t think most people realize he’s only run about 30 races,” Weaver said. “I joked with him he’s already got a house car ride and it took me 30 years to get one. He’s got a lot of talent and really wants to do this. He just needs more experience and more seat time. I told Chip he needs to run 3 or 4 times a week.”

“I honestly forget how inexperienced he is when I tell him he needs to get up on top or change his line. It wasn’t that long ago he was just learning to get in the car and learning to get it out of gear. I tried to talk him into doing something else. But this is something he wants to do. I will give him all the support and help that I can.”