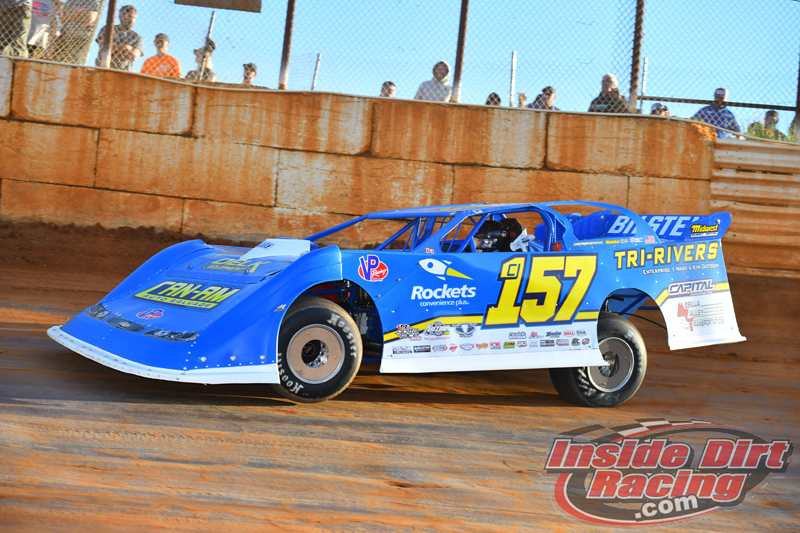 After a rough weekend in his last outing at the Bristol Motor Speedway which saw him experience two hard crashes, Mike Marlar made amends by turning in a dominating performance on Thursday night to claim victory in the Kyle Larson Presents, FloRacing Late Model Challenge powered by Tezos at the Volunteer Speedway.

The Longhorn Chassis driver from Winfield, Tennessee earned $20,000 for his efforts at the Bulls Gap, Tennessee track.

Feature Re-cap: Marlar shot to the early lead at the start of the 50-lap feature with Larson, Owens, Davenport and Bloomquist trailing, Davenport moved to the outside of Owens on the third lap in an effort to wrest third away from Owens which ultimately succeeded.

Marlar pulled away from the pack by several car lengths until he began to encounter slower traffic on lap 8. That allowed Larson, Davenport, Owens and Bloomquist to close in on the early front runner. However, a caution flag would slow the action on lap 17.

On the lap 17 restart, Davenport bolted to the runner-up position behind Marlar with Larson and Owens on his rear spoiler. Again, Marlar began to sneak away from his pursuers as the race approached the halfway mark.

Winger spun to bring out another yellow flag on lap 25. On that restart, Larson regained second with Owens moving to third and Davenport dropping back to fourth just in front of Bloomquist. Once more, though, Marlar maintained control of the race as he slipper away from those who were giving chase.

Over the final 10 laps, there would be no change up front but Owens would move around Larson for second lap 47 and Bloomquist would get around the NASCAR champion before the checkered flag waved.

But in the end, the night belonged to Mike Marlar as he scored the lucrative victory. 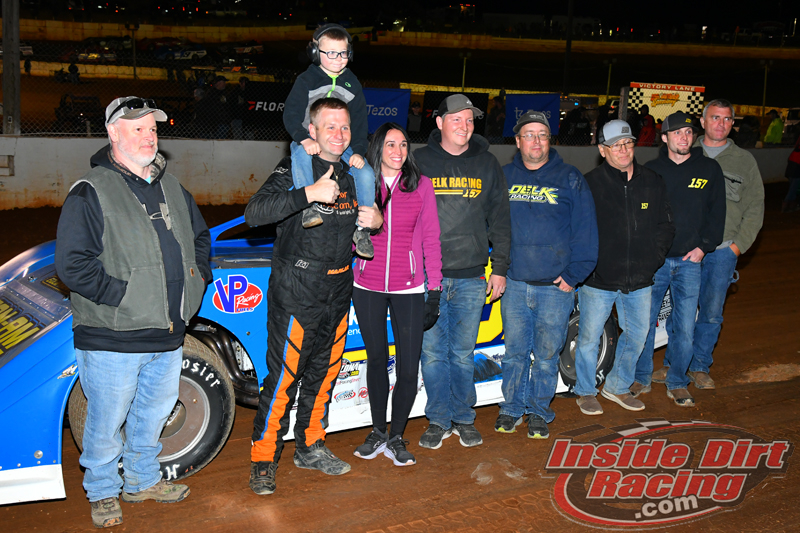