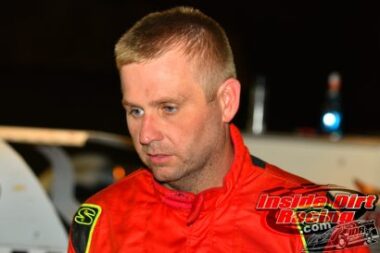 With the Food City Dirt Race weekend now upon us, many of the names one would expect to be mentioned as those likely to do well on the dirt covered Bristol Motor Speedway have been mentioned numerous times. Kyle Larson, Christopher Bell, Austin Dillon, Chase Briscoe, and Tyler Reddick are among those most observers look for to be running near the front of the pack. But one name that has barely been mentioned, but probably should be noted, is that of Mike Marlar.

Yes, it would be easy to discount the Winfield, TN driver because he will be piloting the No. 66 Toyota for the underfunded MBM Motorsports team which would cause many to immediately disregard the entire effort. But don’t forget, Marlar has found himself in this sort of situation before and succeeded beyond expectations.

In 2019, Marlar entered the Eldora Dirt Derby driving a truck fielded by Josh Reaume. While little was expected from the one-time pairing on the NASCAR Camping World Truck Series, the two-time winner of the Knoxville Dirt Late Model Nationals charged from his 23rd starting position to a final finishing spot of 4th in the main event. To date, it is the only top-5 finish ever achieved by that organization.

Also keep in mind that some advantages often enjoyed by the more powerful Cup Series teams will be negated on the half-mile dirt track. Pit stops will take place under controlled circumstances during stage breaks which will lessen the impact of highly paid crew members. Aerodynamics will not play as much of a role as they would on “cookie cutter” tracks. And perhaps most importantly, few drivers entered in the race for any team will have anywhere near as much experience on dirt as does the 43-year-old Marlar.

The former World of Outlaws Morton Buildings Late Model Series champion is looking forward to the opportunity afforded him.

“This is going to be interesting and I’m really looking forward to the challenge,” Marlar said in a press release put out by MBM Motorsports. “This is something that would not have been possible without the help of Carl Long and Rocky and Tom Smith from Smithbilt homes. This is such a cool opportunity for me being a dirt racer from Eastern Tennessee being able to compete in the top series of NASCAR at Bristol.”

Marlar will also be entered in the Camping World Truck Series race to be held on the Saturday night prior to the Cup Series event. This will allow the experienced dirt racer to get a feel for the track before taking the green flag in the main event the following day.

Certainly, this will be an uphill climb for a driver making his debut in the Cup Series while driving for an underfunded team. But there are a few things working in his favor that could allow Marlar’s name to at least get a few mentions during the weekend.