East Tennessee legend dirt racer Skip Arp ran away from Chase King, fellow National Dirt Late Model Hall of Fame member Ronnie Johnson and the rest of the field in a thriller at Smoky Mountain Speedway in their annual visit to the 4/10 oval in Maryville, TN. However, Arp was 10 pounds light at the post race weigh-in which in turn handed the victory to Chase King. 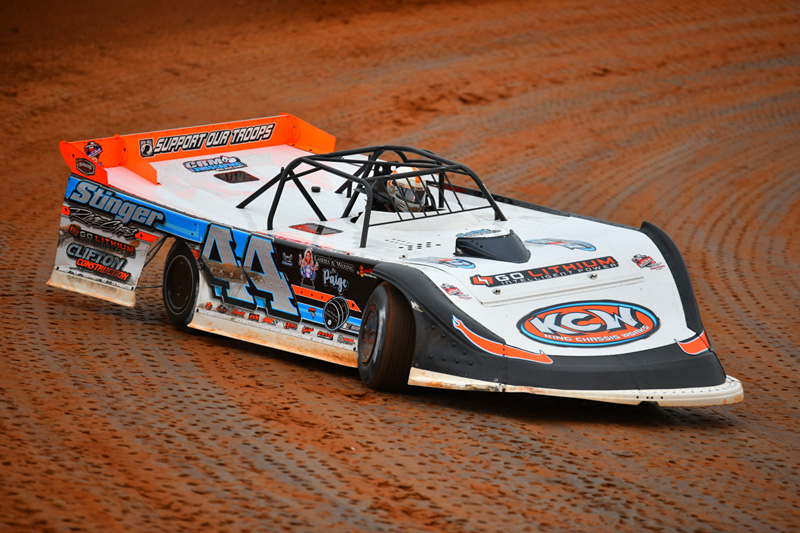 Matt Henderson was fastest in qualifying with Arp starting alongside. Ellery Leake brought out the first caution on lap two, when he appeared to break the right front suspension. On the restart Henderson held off a strong Cory Hedgecock and began to pull away using the top line.

Hedgecock went wheel-to-wheel with Henderson. Heading into turn one as the pair worked lap traffic, Hedgecock and Henderson made contact while trying to pass Mitchell Childress. Hedgecock then drove over door-to-door with Henderson’s car and began arguing with him. Officials separated the two drivers and Hedgecock was disqualified for the rest of the night for making threats.

On the restart Arp and Ronnie Johnson lead the field to turn one and held the top-two spots from laps 10-32. Chase King briefly challenged Johnson until the caution flew for the fourth time for Layne Cilfton, who blew a right rear.

On the ensuing restart Chase King jumped to second but was challenged again by Johnson, as Arp pulled away to take the victory by one and a half seconds over King. Johnson, Dakota Knuckles and Austin Neely who rounded out the top-five. Following Arp’s disqualification, the top-three were King, Ronnie Johnson and Knuckles. 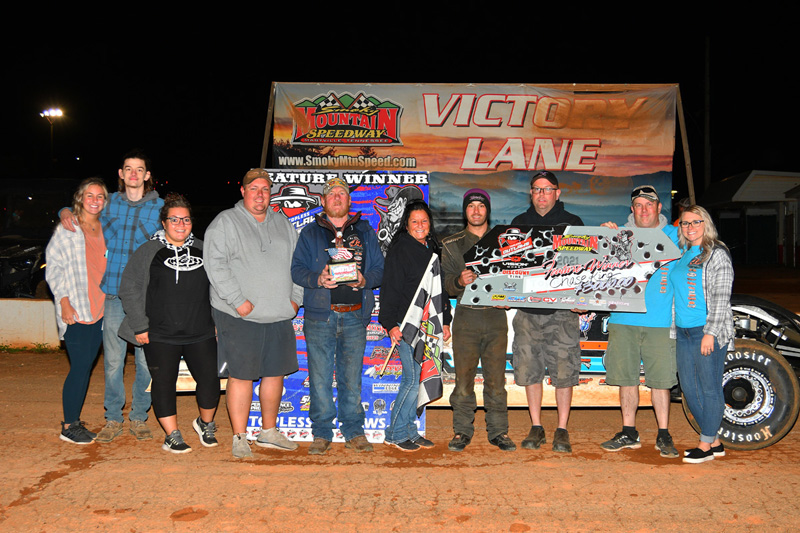