The race featured four heats, each won by Greg Martin in the 24M, Dillon Brown 6B, Zach Sise 9S. Each heat winner went wire to wire in their victory. 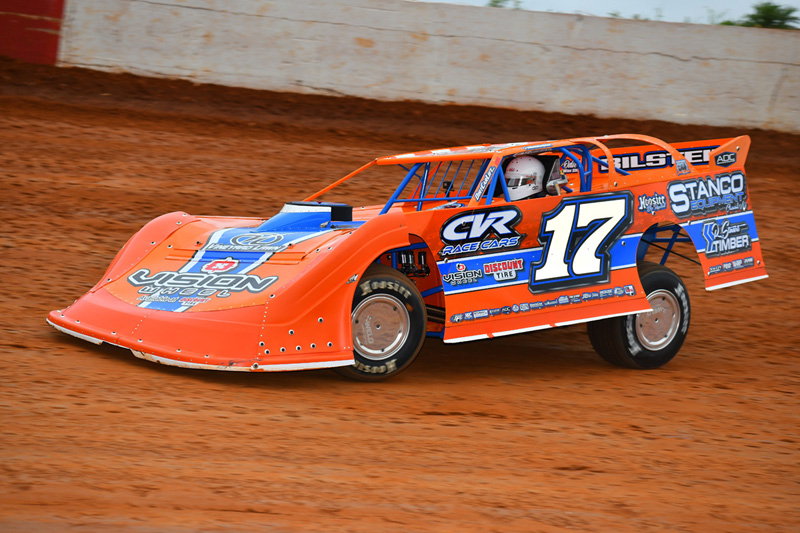 The PPM American Crate dash featured a thrilling battle between Rusty Ballenger and Hedgecock who stormed from fifth to second and was tracking down the 29B as they came to the white flag. Ballenger held off the Loudon, TN campaigner and scored the victory and $50 first prize.

The first of two B-Main’s was fairly uneventful, as Eli Beets lead green to checkered, followed by 2011 Daytona 500 winner and East Tennessee native Trevor Bayne. The number 12 of Brandon Umberger who was running second, slowed just before the halfway point of the 10-lapper and pulled off the track. Beets and Bayne both transferred to the 40-lap feature.

The last B-Main saw Carder Miller go wire-to-wire to secure his position in the big show holding off a hard charging Logan Roberson. Brandon Miller and Chris Chandler drew the two provisionals to fill out the field.

Henderson stalked Ballenger at the start of the feature as they ran one and two for the first five laps. Steve Banal spun in turn one, bringing out the race’s first caution on lap six. Both drivers battled after the restart with Henderson taking the lead for good on lap 25. Kyle Courtney brought the race’s final caution as he lost a left rear tire. From there it was all Henderson who beat Dillon Brown, Jake Teague, Carson Ferguson and Mack McCarter who rounded out the top-five finishers.

Cory Hedgecock was due to start the race from the second starting spot, but was disqualified from the race following his actions in the Topless Outlaw feature that took place earlier. 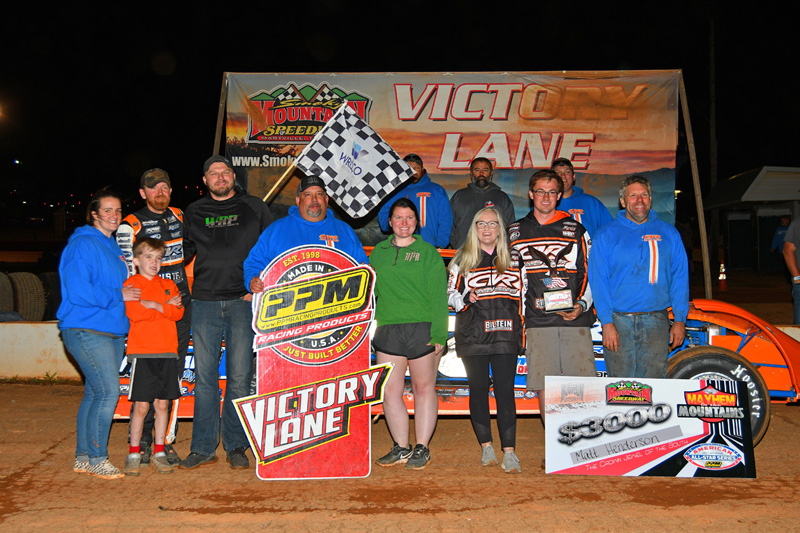