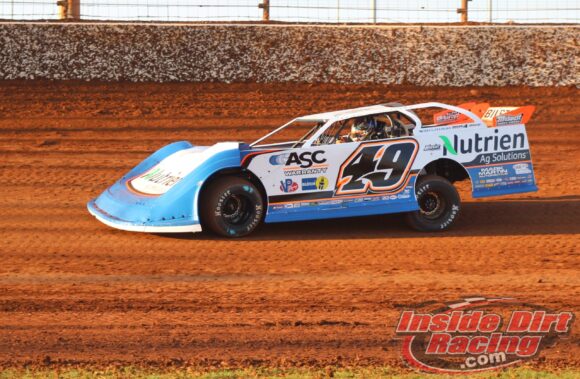 Jonathan Davenport won the battle but Dennis Erb Jr. won the war on Saturday night at The Dirt Track at Charlotte. Erb’s season was rewarded with his first series championship while Davenport added another big payday to his totals.

The Longhorn Chassis driver from Blairsville, Georgia earned a $25,000 payday for his efforts at the track located in Concord, NC.

A total of 68 cars were signed in for competition

Heat race lineups were set by results from action held at the track on Wednesday and Thursday nights.

Feature Re-cap: At the start of the 50-lap main event, O’Neal took the early lead as Madden stormed to the inside into turn one to grab second with Clanton, Erb and McDowell trailing. Erb moved around Clanton on the second circuit to take third while Owens grabbed fifth from McDowell.

On lap 5 the action was fast and furious inside the top-10 as McDowell, Overton and Davenport went three-wide for sixth. On lap 7, Davenport has asserted himself by grabbing sixth from his two rivals.

Davenport continued his rise by moving to fourth around Clanton on lap18 then a lap 19 caution for the slowing Strickler bunched the field for a restart. It was when the green flag was again displayed to the field that Davenport made his biggest gain by jumping up to third by passing Erb then to second when he got by Madden on lap 24.

By lap 28, Davenport had tracked down O’Neal and swept by to assume the race lead. From that point, O’Neal began to fade back in the field as Davenport set about building an advantage.

Further back, battles for position were taking place. McDowell, O’Neal, McCreadie and Owens engaged in conflict over for positions at the back of the top-5 until a caution flag waved on lap 32 for the slowing car of Martin.

Under that lap 32 caution, a light rain fell that threatened to bring an early end to the action. However, it stopped soon after it started and racing resumed. Ultimately, it would be Davenport who would cruise to a win as he beat Madden to the line by just over four seconds. 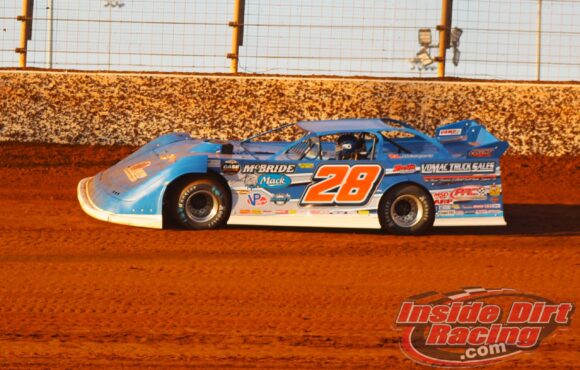