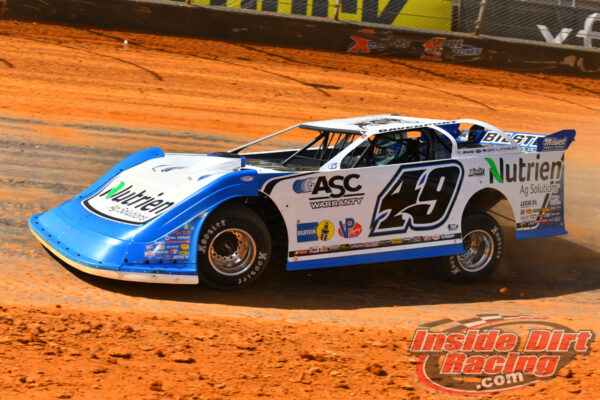 Jonathan Davenport dominated the second half of the Bristol Dirt Nationals

The Karl Kustoms Bristol Dirt Nationals hit the track at Bristol Motor Speedway again on Saturday evening with the Super Late Model division once more taking center stage. At the end of the night, it was Jonathan Davenport who grabbed the checkered flag and the lucrative winner’s check. The Blairsville, GA driver earned $50,000 for his efforts in a race that saw him charge to the lead from his fifth row starting spot.

Chris Ferguson would, for the second consecutive night, start the feature from the pole due to his win in the first heat race of the night ahead of Bobby Pierce, Chris Madden, and Adam Yarbrough while Frank Ingram topped Brandon Overton, Coleby Frye, and Michael Rouse in the second preliminary.

G.R. Smith finished ahead of Kyle Busch, Michael Chilton, and Travis Stemler in he first B-main of the evening just before Brian Nuttall Jr. took the second B-main ahead of Kyle Lear, Joey Coulter and Jon Hodgkiss. 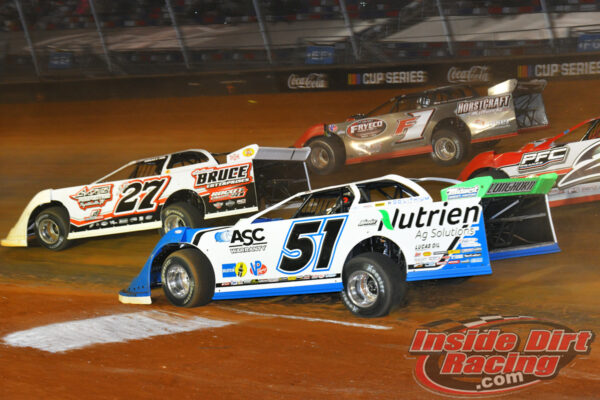 At the start of the 40-lap feature it was Ferguson who went to the early lead as he looked to go back-to-back after winning the Friday night feature on the track more known for NASCAR racing. Larson, Ingram, McIntosh and Bloomquist trailed the early leading in the opening laps.

Bloomquist continued his march forward on lap 8 when he passed by Ingram for third. Further back, Ford battled with Davenport and Overton for positions 7-9.

Larson closed in and then drove by Ferguson for the lead of the race on lap 10 and was immediately met by heavy traffic. Bloomquist also moved by Ferguson on lap 12 just before a caution flag waved on lap 13 for Payne.

On the lap 13 restart, Bloomquist took second and quickly moved in on Larson to challenge for the top spot on the scoreboard. At the same time, Pierce moved up to the fourth position. 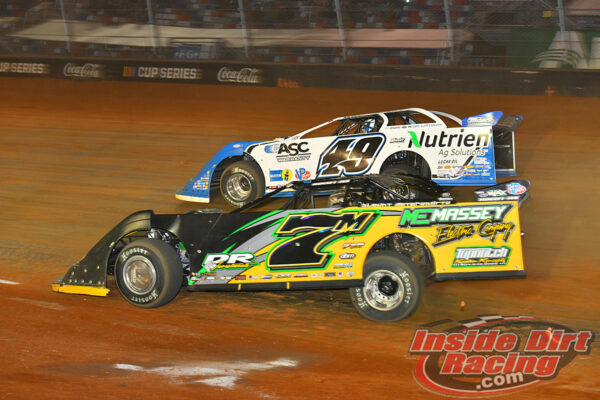 A lap 17 restart offered Davenport the opportunity to gain the third position and set off after Larson and Bloomquist. The No. 49 machine then jumped to second following a lap 19 restart and then blew by Larson for the lead one lap later.

The race ran caution free during its second half with Davenport pulling away in dominant fashion. Bloomquist and Larson fought over the runner-up spot with the NASCAR star ultimately winning out.

In the end, it was Davenport who sailed under the checkered flag to score the lucrative victory. 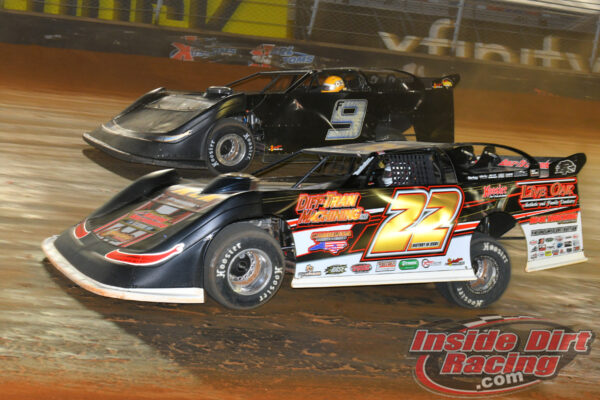