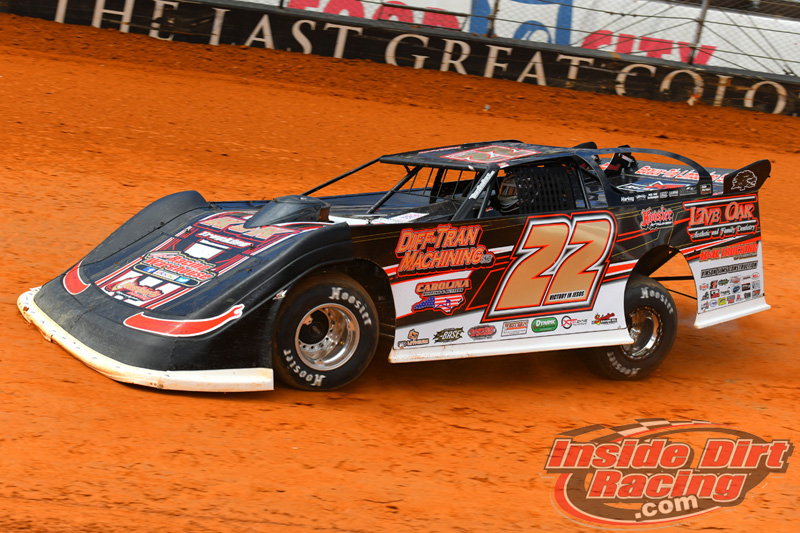 The Super Late Model division had its first on-track action in the Karl Kustoms Bristol Dirt Nationals on Friday night. At the end of an evening in which he started from the pole and led every lap, it was Chris Ferguson who earned the honor of being the first winner on the dirt at this historic NASCAR track in two decades. The Mt. Holly, NC driver earned $10,000 for his efforts.

There were a total of 53 cars signed in for competition.

Chris Ferguson would start the feature from the pole by virtue of the fact that he defeated Dakotah Knuckles, Tyler Millwood, and Adam Yarbrough in the first heat race of the night while Jonathan Davenport took the second heat over Scott Bloomquist, Chase Elliott, and Michael Rouse.

Kyle Larson earned the outside front row starting position for the main event by beating out Boom Briggs, Brian Nuttall Jr., and Jason Riggs in the third heat then Brandon Overton outran Chris Madden, Ray Cook and Ricky Thornton Jr. in the fourth and final heat of the night.

At the start of the 25-lap feature, Ferguson shot to the lead with Larson, Davenport, Madden and Knuckles trailing. Bloomquist moved around Knuckles to grab fifth on the second circuit as pre-race favorite Overton faded back through the top-10.

Davenport got by Larson to take the runner-up position on the third lap as the top-5 of Ferguson, Davenport, Larson, Madden and Bloomquist set a blistering pace and gained quickly on the tail of the field.

Leader Ferguson found himself racing among slower traffic by lap 6 in the race that ran its early laps without a yellow flag. However, that would change on lap 11 when Millwood crashed in turn two to bring out the first yellow flag of the night.

On the ensuing restart, Larson regained second from Davenport as Ferguson again drove away from his pursuers. Further back, Bloomquist rose in the running order as he snatched fourth away from Madden.

Thornton looked to make himself a factor as he had climbed to sixth from his 16th starting position by lap 13. But that good fortune would be short-lived as the No. 20RT machine banged off the outside wall in turn two and damaged the right rear of his car.

The top-3 cars of Ferguson, Larson and Davenport appeared to have equal pace as the laps clicked away. But as the end neared, Ferguson began to edge out to a relatively comfortable advantage until he eventually cruised under the checkered flag to score the victory.

“This one’s at the top of the list,” Ferguson declared during his post-race media availability. “Winning that Lucas Oil race was really cool at a really premier track(Lucas Oil Speedway), but when we came to Bristol we were like, ‘Wow, this is a whole different animal’. I’d say this is at the top. Second and third were the best in the world and we were able to beat them.” 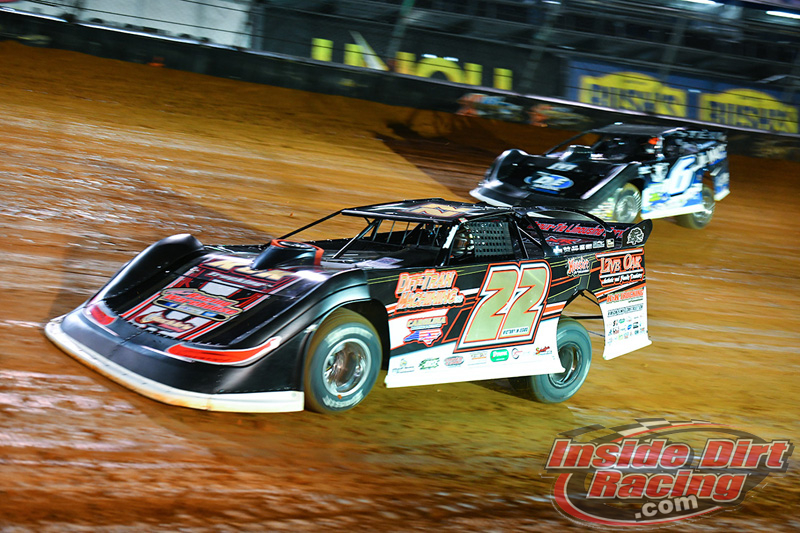 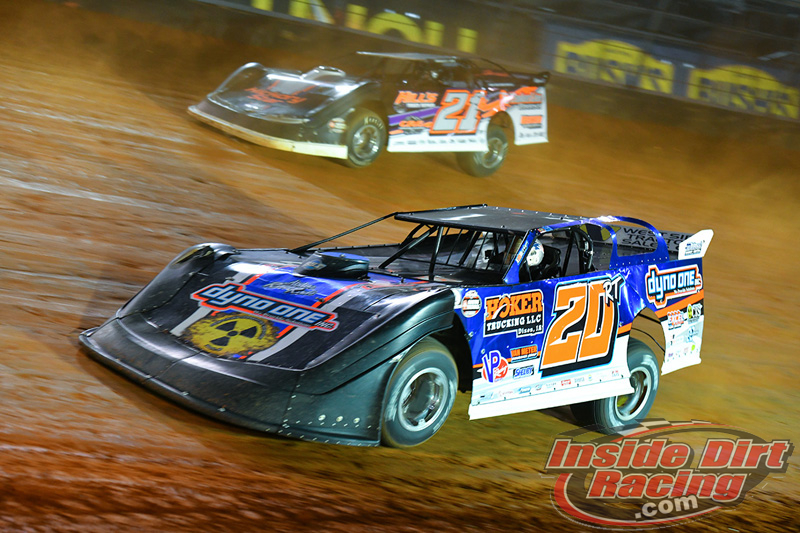 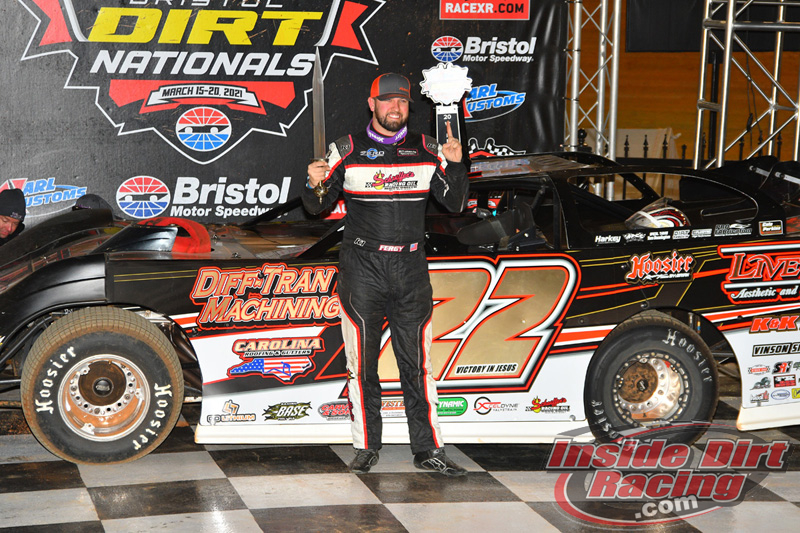 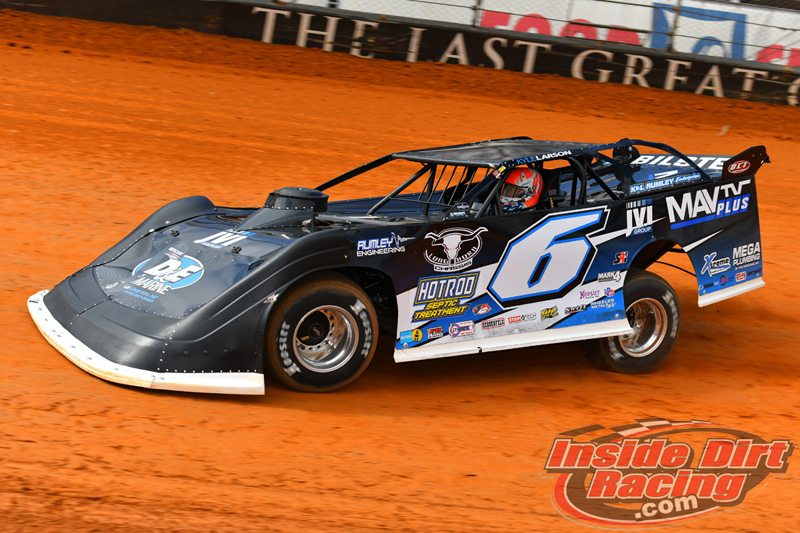 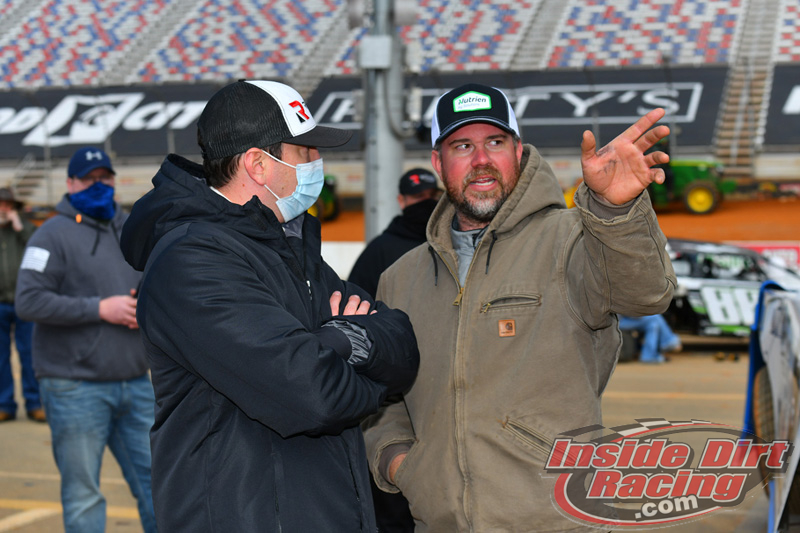 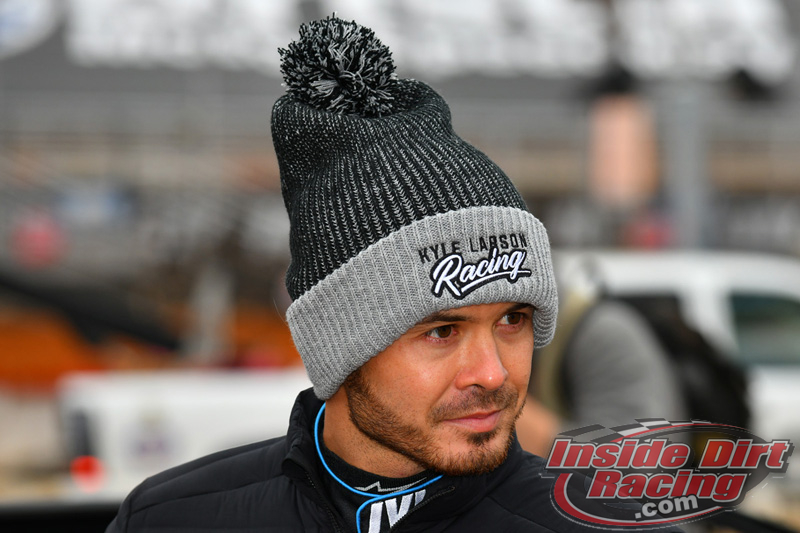