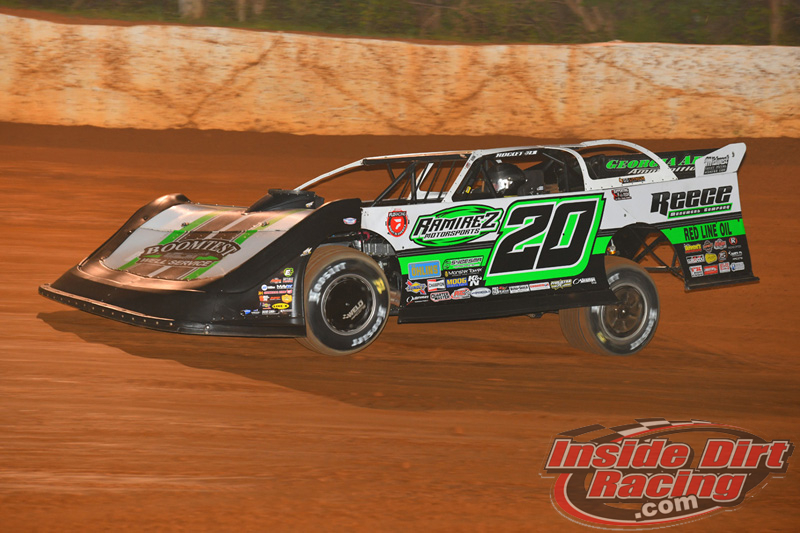 Jimmy Owens scored yet another win at 411

Some medicines claim to cure what ails you. For Jimmy Owens, that medicine is the 411 Motor Speedway. As has been the case on multiple occasions, the Newport, Tennessee driver scored a much needed win at the track located close to his home and shop. And a lucrative win it was as the popular Rocket Chassis driver earned $20,000 for his victory in Tuesday night’s Castrol FloRacing Night in America event at the Seymour, Tennessee facility.

Nick Hoffman was fastest in qualifying after he turned a lap in 13.160 seconds around the 3/8 mile clay oval to better the efforts of Jimmy Owens, Ryan King, Jensen Ford, Stormy Scott, Brandon Overton, Cory Hedgecock and Pierce McCarter.

Nick Hoffman would start from the pole in the feature by virtue of his win in the first heat race of the night ahead of Corry Hedgecock, Jensen Ford, Eli Beets, Randy Weaver and Tod Hernandez.

At the start of the 40-lap feature it was Owens who shot to the early lead with Hoffman, Hedgecock, Marlar and Overton trailing. However, a lap 1 caution for an incident involving Tod Hernandez immediately slowed the action.

On the restart, Davenport moved forward  in the running order by jumping into the fifth spot. He would then engage in a position swapping battle with Overton before finally coming out on top as the fourth place runner. Further ahead, Marlar swept by Hedgecock to grab third.

Davenport would also get by Hedgecock to claim fourth on lap 9. As the early laps clicked off, the top-5 of Owens, Hoffman, Marlar, Davenport and Hedgecock appeared content to hold station. However, the leaders began to find themselves among slower traffic on lap 20 which would pull them closer together.

A lap 29 yellow flag for a flat tire on Hanger’s car reset the field. Soon after the restart, Larson looked to climb up in the standings by taking seventh from Weiss. At the same time, Hedgecock and Davenport waged war over the fourth position. A slide job pass by Hedgecock brought those two cars in contact with each other and caused damage to Davenport’s left front fender.

A lap 33 caution for a mishap involving Beets again slowed the pace. On that ensuing restart, Davenport and Overton worked around Hedgecock to take fourth and fifth respectively. Two laps later, the top-5 running car of Marlar suffered a shredded tire which resulted in the final caution of the evening.

Over the closing laps, Owens maintained his advantage over his pursuers and ultimately sailed under the checkered flag for the win. 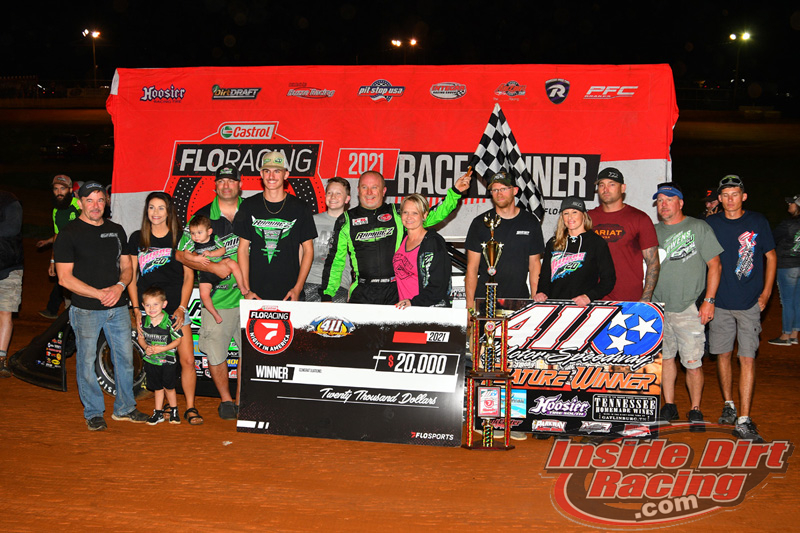