Greg Martin balances his own racing with crewing for Eric Jacobsen 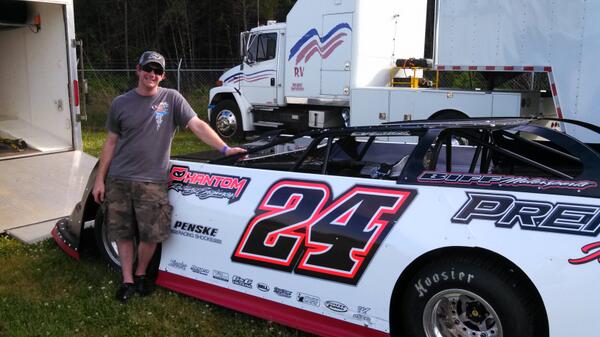 Greg Martin has for some time been one of the most successful Crate Late Model racers in and around east Tennessee. As a matter of fact, the driver known as ‘Skinny’ won that division’s feature event at the 411 Motor Speedway this past Saturday. And he hopes to continue that success as the NeSmith Late Model Touring Series visits the Tri-County Race Track in Brasstown, NC on Friday and the 411 Motor Speedway in Seymour, Tenn. on Saturday.

Prior to this season, many of Martin’s wins had come in the seat of a Bloomquist Race Car. However, the Oliver Springs, Tenn. resident recently switched to Chip Vineyard’s Lenoir City based CVR Race Cars and is beginning to get a feel for the new ride.

“So far I’m very pleased with the performance I’ve gotten,” the 39 year old driver declared. “I have to say thanks to Mitch McCarter and the McCarter brothers. Those boys gave me an opportunity to drive one before I ever purchased a CVR or made the commitment to get one. I also need to say thanks to Chip because he’s been a friend of mine for a long time. It finally lined up so that we could do business together. My brother and I like to give back to local businesses as much as we can through our racing.” 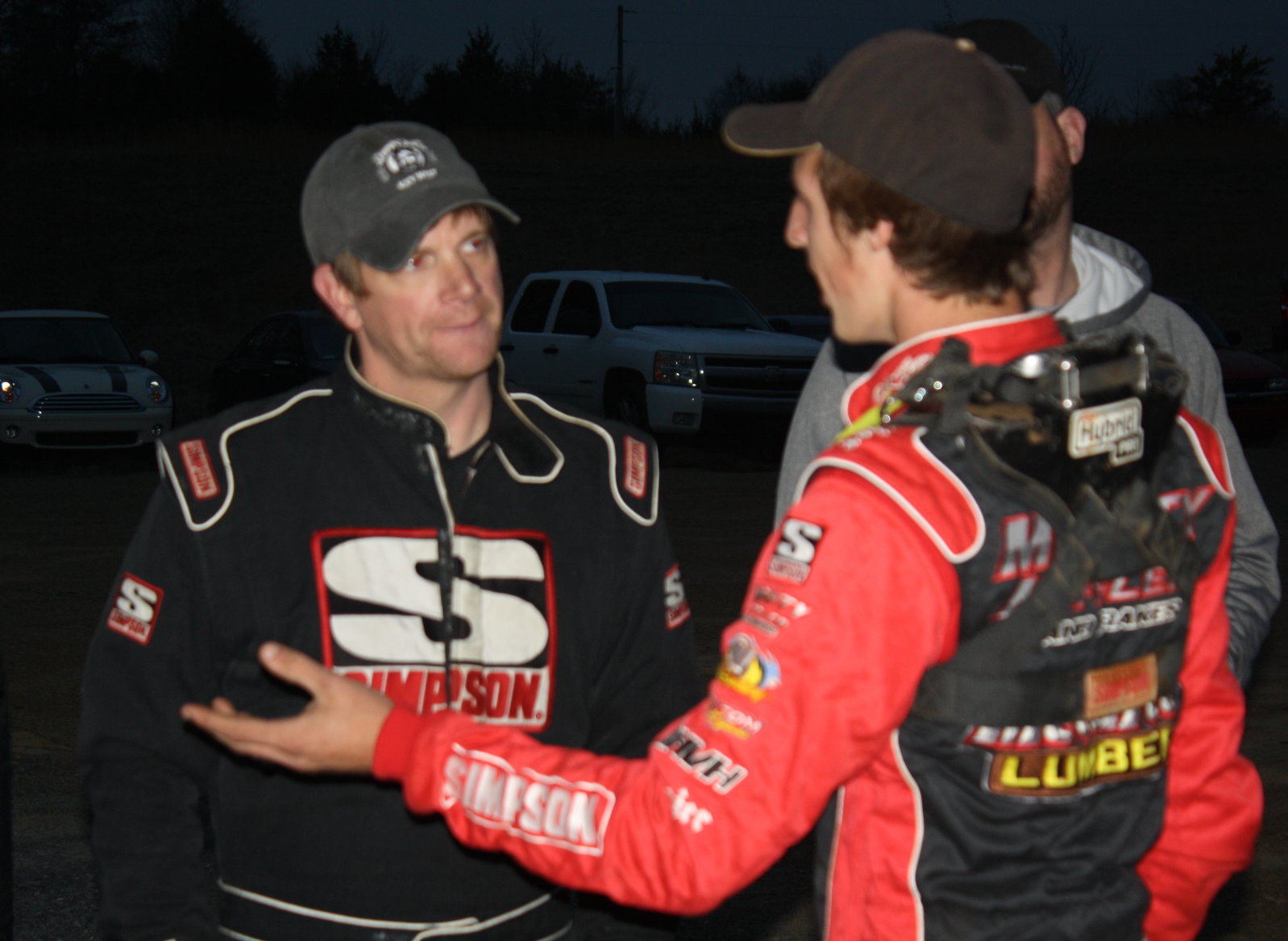 Greg Martin and Mack McCarter talk during a break in the action at Volunteer Speedway.

Adapting to a new car is a process. Martin says that a great deal of trial and error can be involved in trying to find the setups best suited for car and driver.

“With a new car, you’re always taking stabs to try and get more and to learn more,” he pointed out. “But I’m very tickled with it, and I feel like more wins will come as long as we keep running in the top-3. I feel very confident in the car.”

But even with one win already to his credit in the CVR, Martin realizes that the period of adjustment is likely not completed yet.

“It takes time,” the pilot of the No. 24 car explained. “It’s one of those things where no race car is the same. You can work on them and work on them to try to make something that will fit you. In the Bloomquist stuff there’s not much of a crate program or even a Steel Head program, and that’s what I do. I don’t race on the Super (Late Model) level and I want to translate through guys who do this on my level. That’s why I felt like going to Chip was a good move to help me some. And I felt like there might be some ways that Chip and I could work together so that I might help him out in some areas too.”

Aside from his own racing program, Martin serves on the crew of Super Late Model driver Eric Jacobsen. With that being his first priority, Martin’s own racing efforts are determined by when the California driver and businessman can work time into his schedule for racing.

“I still work for Eric as well,” Martin said. “My racing hinges on what he does and when he races, but I still have a desire for it. And I still want to give back to local racing on my behalf. I feel like if I can travel and do what I love with Eric, then it’s my job to give back to the local race tracks.”