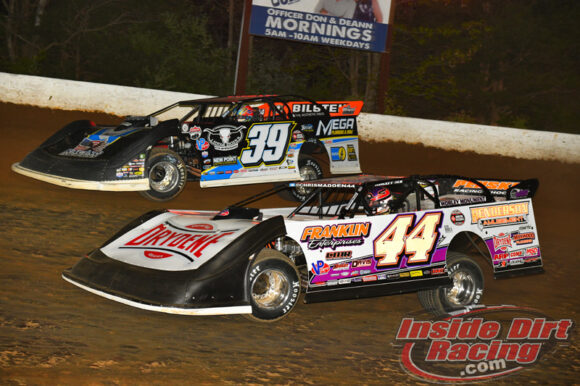 The second highest paying race on the 2022 Dirt Late Model schedule was set for Saturday at Eldora Speedway. Despite track and DIRTcar officials hurrying the show along, the 28th Dirt Late Model Dream was unable to make it to the finish because of persistent rain that came over the track after 14 of the 100 laps in the feature had been completed.

The race will pick up where it left off at the Rossburg, Ohio facility on September 7, 2022.

The starting lineups for heat races were determined by points the drivers earned during the preliminary action held on Friday night and Saturday afternoon.

Feature Re-cap: With a light rain falling, the 100-lap feature took the green flag. Madden bolted to the front with Overton, O’Neal, Dohm and Carson Ferguson trailing. Ferguson passed by Dohm for fourth on the second lap as Madden looked to drive away.

Madden’s lead was more than two seconds by lap 5 ahead of Overton, O’Neal, Ferguson and Dohm. McCreadie moved forward on lap 8 when he took fifth away from Dohm. Madden continued to lead but began to encounter slower traffic by lap 10.

The rain picked up by lap 14 causing officials to show a caution flag to the field. That yellow flag turned red as the rain continued.