Home Blogs Turn 2 Blog: Where does Jonathan Davenport rank among the all-time greats?

Turn 2 Blog: Where does Jonathan Davenport rank among the all-time greats?

What were your overall impressions from the four days of racing at Eldora Speedway?

Richard: First and foremost, major props to Tony Stewart and his team for the bold decision to remove the new dirt that had been placed on Eldora Speedway literally hours before the action was scheduled to start. The racing surface had proven itself to be not only rough but dangerous with the new dirt so for officials to make the decision they made caused a lot of work but it proved to be for the best.

And more than just their troubles with the new dirt, the weather did Eldora no favors with rain wiping out Wednesday altogether and disrupting every day other than Thursday.

I don’t think anyone was shocked to see Jonathan Davenport walk away with the $1,002,022 paycheck as he and his team showed signs that everything had been coming together for them at just the right time. However, Tim McCreadie led during the race’s second half and then Chris Madden put up a strong fight at the end and almost stepped in to steal that big payout as he briefly took the lead following a late slide job that very nearly succeeded.

It had been 21 years since the original Eldora Million and the event came with a great deal of hype. Unlike some happenings such as this in sports, this one did in fact live up to that pre-race hype in my opinion.

Of course, the most disappointing aspect of the weekend was the fact that the Dirt Late Model Dream could not be completed as scheduled on Saturday evening. That race will be finished in September as part of the World 100 weekend. Chris Madden had been leading after 14 laps before the unceasing rain came despite officials doing their best to hurry the show along in hopes of getting it in.

But even with that, this weekend was a good one for Dirt Late Model racing.

Michael: The track crew did an amazing job in not only removing the new layer of dirt they brought it, but dealing with all the weather obstacles, day racing, and the number of cars on the track.

The racing itself was very good for the most part. Sure, some drivers that won heat races did in a convincing matter. But that happens no matter the trac conditions or the competition. But there was some great racing all four days.

These events also show all drivers have to bring their A-game just to make the show. Brandon Overton won 3 of the 4 major events there last year and couldn’t make the field for the Million. Some fans bemoan provisionals, while others say they pay good money to see the best in the field. Given how far off Overton was on Thursday, he would not have been a threat to win even if he had been given a provisional. 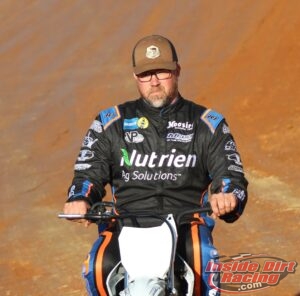 Jonathan Davenport is not that old as far as Dirt Late Model racers are concerned. He has already built quite a legacy in this sport. Could he ultimately be considered the greatest of all time?

Richard: The all-time greats in Dirt Late Model racing are judged by their performance in the biggest races and championships won. He has piled up major wins over the past few years and particularly at Eldora, which serve as the ultimate benchmark of this sport. He is also a multi-time national touring series champion. And of course, Davenport now has the top paycheck in the history of the sport in his pocket.

Being labeled as the all-time great is one of those things that comes down to the opinion of the evaluator. That said, the 38-year-old Davenport is in the process of making a very strong argument in his favor. Further, he and his Lance Landers-owned team have indicated that their intention is to focus almost entirely on the biggest events.

My history in this sport only dates back a little over a decade so I may not be the best person to make such a judgement. But as I see it now, Scott Bloomquist and Billy Moyer are the two “GOATS” of Dirt Late Model racing. But certainly, if Davenport continues to carry on as he has over the past few seasons he will be in that conversation when he has been around as long as those two Hall of Fame drivers have.

Michael: While it’s still too early to group Davenport with any of the best of all time, he’s certainly piling up the wins to head in that direction.

What Davenport is doing, he’s doing it with the likes of McCreadie, Owens, Madden, Sheppard, and Overton also winning their share of big events. Sheppard is a multi-time World of Outlaws champion, but also has his own wins at Eldora and is a multi-time Dirt Track World Championship winner. I think going into last season, Sheppard was probably the one being considered as the next great one to go with Bloomquist, Moyer, and Jeff Purvis. Now, I think Davenport has flipped that to himself.

We are east Tennessee based so we need to discuss the fact that the biggest race is the history of Smoky Mountain Speedway is coming up this weekend. What are you most looking forward to?

Richard: First of all, this is a big deal in terms of racing for this area so props to SMS owner Roger Sellers and his team for taking the risk of putting on a $50,000-to-win event. This will continue a string of race weekends in which the Lucas Oil Late Model Dirt Series has raced for that amount of money as they did so in the Show-me 100 at Lucas Oil Speedway then the Historic 100 at West Virginia Motor Speedway prior to the Eldora Million and Dirt Late Model Dream contests at Eldora Speedway.

Not only will there be the $50,000 feature on Saturday evening but there will also be a pair of $5,000-to-win races used a lead-ins on Friday. One thing I am expecting is that the crowds will be huge for these races as many of the biggest stars in the sport will be on hand for consecutive nights.

From a competition standpoint, I am interested to see who, if anyone, will step up in the points-paying races this weekend on Thursday at Cherokee Speedway in Gaffney, SC as well as the Saturday night feature at SMS to challenge standings leader Brandon Sheppard.

Defending champion Tim McCreadie as well as Tyler Erb are staying within striking distance of Sheppard. But the consistency of the Rocket Chassis house car team is unparalleled so any bobble by his pursuers could allow for the No. 1 to build an insurmountable lead.

Another thing I’m interested in watching throughout this run a high paying races is the competition between the series regulars and the invaders. Of course, the higher the payout, the more invaders there will be into these touring series races especially with so many big stars not following a particular tour. Invaders took the first two $50,000 events sanctioned by the LOLMDS as Chris Ferguson won the Show-me 100 and Jonathan Davenport captured the Historic 100. And there is always the threat of Brandon Overton or others swiping the biggest payouts.

Whether or not a Lucas Oil regular can fight off those from outside the series is a point of interest to me. 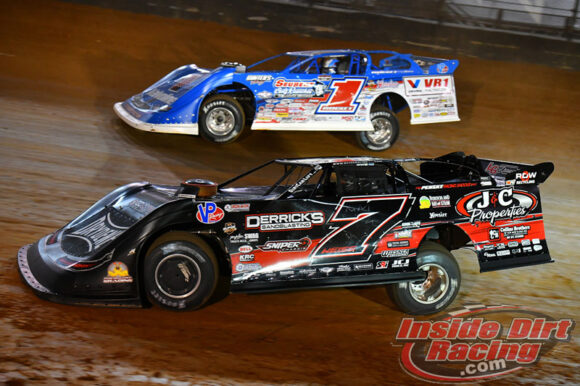 Michael: For those that don’t know, I have to put a disclaimer on my comments about the event itself at Smoky Mountain Speedway since I work for the track. Having said that, this is the next step of Sellers’ vision that he’d had for the speedway since becoming the sole owner. We’re all hoping for a huge crowd this weekend.

As for the actual racing, this is going to be one interesting event. Madden is usually strong at SMS and Overton won the last national event at the track in March. Sheppard’s only win there was a Southern All-Stars win several years ago. And Owens has a few wins at SMS along with Dale McDowell. Oddly enough, Davenport has not won at the track and neither has McCreadie. They run well there, but haven’t been in position for a win. Mike Marlar and Ricky Weiss run well there too. Throw in all those guys together and it should be an interesting two nights of racing.