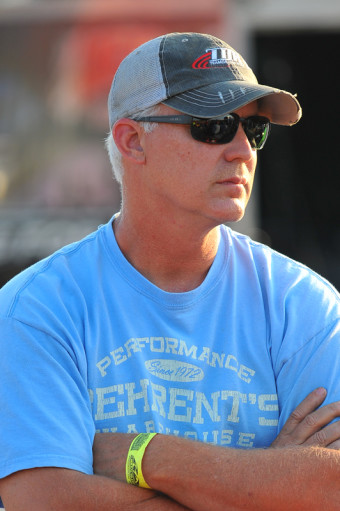 This is the second of a two-part interview with Dale McDowell. You can also read “Reflective Dale McDowell grateful for another Spring Nats championship“

Dale McDowell has been a model of consistency in what is typically the most lucrative race on the annual Dirt Late Model calendar. After winning the Dirt Late Model Dream at Eldora Speedway in 2014, the Georgia native has not finished worse than sixth place in any of the following years of the event that offers a six-figure payout to its winner. And those remarkable results include missing a second victory in the crown jewel race by little more than two feet when he scored a runner-up finish to Brandon Sheppard the last time the historic track was able to host its most lucrative race back in 2019. The 55-year-old driver also finished second to Scott Bloomquist one year prior to that near miss.

The National Dirt Late Model Hall of Fame member knows what it takes to win at Eldora but he also knows what can happen to bring about disappointment at Late Model racing’s most famous venue. The format used to determine who makes the feature and who doesn’t, mechanical issues at the wrong time, and just plain bad luck can dash the dreams of a race team in an instant.

“There’s so many ingredients that have to go into having a successful night there,” McDowell explained in an interview with InsideDirtRacing.com. “There’s a lot more that you can do that actually dials you out there. We’ve been very fortunate in that we had heck of a consistent run up there. When you go up there you just kind of go with what you’re dealt. Getting into the race, there’s so many things that happen leading up to that event where you can get yourself in trouble. A flat tire can put you out of a heat race and put you behind so far that you can’t dig your way out. You have to race hard there but you have to be careful too and be aware of your surroundings so to speak because it’s taken me out there before.”

McDowell’s success in the Ohio corn fields hasn’t been limited to the Dream. The 2005 winner of the prestigious World 100 has learned during his years of going to the now Tony Stewart-owned track that laying out a plan prior to the start of the action is not easily done because of, if nothing else, the luck of the draw. And even more, the level of competition is very much a factor in determining who will ultimately earn the biggest of all checks.

“So there’s no planning,” McDowell pointed out. “We have a baseline with where were going to start and what we’re going to do but that changes so much based on which heat you’re in, which row you’re in, with how you catch the invert. There’s just so many ingredients and the competition level, and I know people don’t really understand how tight the competition level is now, but it is unbelievable now with how tight everybody is. Used to be that there was a bigger gap in times from the fastest guys to the slowest guys but that has tightened up so when that happens those guys are going to have more opportunities to be in front of you and to race with you and to do stuff.”

For some, doing well in this race opposed to coming away essentially empty can bring about a make or break scenario. Knowing that, the ‘Mac Daddy’ says that being able to handle the circumstances a driver and team are presented with often determines how the week will go.

“It’s tough, but it’s a lot of fun,” the driver of the No. 17 machine declared. “I try not to let there be any pressure. Obviously, there can be a little bit of pressure but you can’t let it eat at you. We’re going and looking forward to it. The cars that are there, there’s a bigger majority, used to you’d roll into that place and there were probably five, six, seven, eight, or nine cars that you could bank on being on the list of names that was going to be there at the end if nothing happened. Now, there’s probably thirty, an easy thirty that I would say are capable of pulling something off there.” 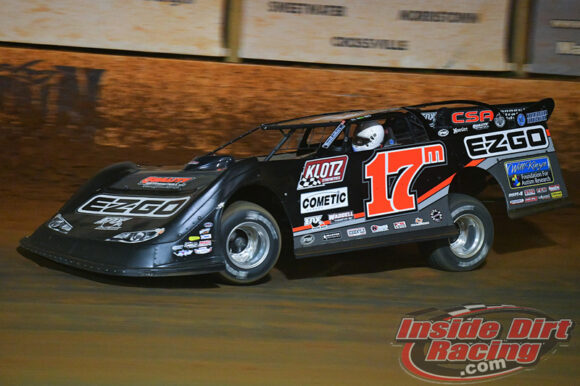 Dale McDowell in his No. 17m Shane McDowell Racing ride

While the winner’s pay is extraordinary with $127,000 going to Thursday’s winner and $126,000 going to Saturday’s victor on this Double Dream week, McDowell believes it would benefit more teams if the payout was allocated differently. Still, the lure of such a big purse is overwhelming.

“We’ve got two chances at winning the money although I wish that money was spread out a little bit,” he said. “I hate it for the sport with it all being on top like that. I know I said something about that at the last deal and they said ‘well, that’s just because you didn’t win it’ because it was $105,000 between first and second with Sheppard and I, but it’s really not. I feel like for the sport, they kind of falsified things because they looked at that finish and they were like ‘see what that money causes, it causes a finish like that’. But we would have had that finish for a $5,000-to-win prelim night. I feel like as strong as our racing community is and the racers and the teams that if they spread some of that money out it would help everybody. But it is what it is so we’re just going to try for what we can get and that’s all you can do.”

In the end, the Shane McDowell Racing driver would like nothing better than to repeat his 2014 feat and score another win.

“I think the money does hype the intensity level up a little bit so I think it’s going to be exciting. You just hope you can be part of it.”