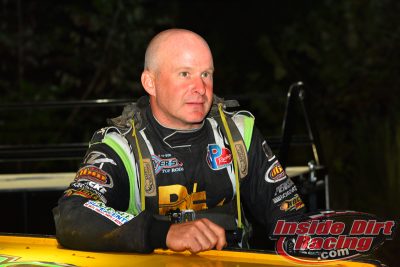 Casey Roberts is no different from the rest of us. The shutdowns and quarantines related to the cornoavirus pandemic has left him searching for things to do. And like most of us, he has kept himself occupied his projects around his Toccoa, GA home as well as with some other non-racing hobbies he might not always have the time to enjoy.

“I’ve been doing a lot of yard work and chores around the house, pressure washing and stuff that we normally do but we don’t usually have this much time to do it while we’re racing,” Roberts told InsideDirtRacing.com. “We’ve been doing some fishing and we went and practiced a time or two with the race car. I’ve never seen nothing like it and I don’t think anyone has. Hopefully it will get on out of here and we can go back to doing what we like to do.”

With Dirt Late Model races now scheduled in every month on the calendar, there really is no such thing as an off-season. This unplanned stoppage has provided a break not typically found on the Dirt Late Model the schedule. That has proven to beneficial to some but quite frustrating for many who are are directly involved in the sport.

“I feel like we’ve had more time down than we do in the winter,” Roberts explained. “It’s strange and I know it’s frustrating for the promoters and I feel for those guys, or really just everybody in general, because it’s hurting the whole world. We’ll just have to get through it and one day it will just be a memory.”

Roberts entered the Longhorn Chassis he drives for Wynn Motorsports in this past Saturday’s unsanctioned event at Tennessee’s 411 Motor Speedway. It was first outing since the Palmetto Invitational held at Cherokee Speedway in Gaffney, SC on May 2nd. The ‘Toccoa Flash’ took the lead in the Cherokee feature on the second lap and held the top spot on the leader board until lap 59. 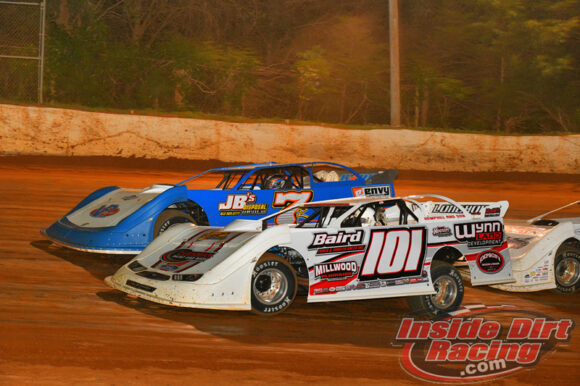 Entering turns one and two after taking the white flag, Roberts slipped out of the racing groove. Brandon Overton took advantage of the slip and moved inside of the No. 101 machine. The two cars made contact on the backstretch before Overton emerged with the lead. Entering turn three, the Roberts car appeared to clip the inside berm and was sent spinning.

The loss, which was actually brought on a tire that was slowly losing air, has proven to be a bitter pill for Roberts to swallow.

“Absolutely,” Roberts answered when asked if the feeling from that race still lingered. “We gambled on tires there and it came up just one lap short. It was going down and we kind of knew it. That’s not the first one we’ve lost. We lost one over there a few years ago that was a $10,000-to-win when we had a flat with just a couple to go. I think (Chris)Ferguson won that one. We’ll keep digging and hopefully get us a win here soon.

“It just lingers,” the driver added. “This one really did. It’s all you think about when you go to bed then when you wake up it’s still on your mind. The only way to get over it is to put this thing in victory lane.”

Roberts looked as if he might very well have a chance to achieve the goal of putting his car in victory lane at 411. After winning the dash race among the top-6 qualifiers the Georgia native started the feature from the pole. However, red hot Jimmy Owens took the lead from his outside front row starting position at the drop of the green flag and went on to lead all the way to collect the win.

Roberts would finish the 40-lap affair in fifth. Still, he appreciates the efforts of those who have taken the risks of putting on these recent races without fans.

“It’s tough. I just applaud the track promoters and people like Ray(Cook) who stepped up to the plate for us to at least try to get us some races. That’s a step in the right direction. At least the fans can watch some of these races at home and it gives us racers a chance to go out here and do what we love.”