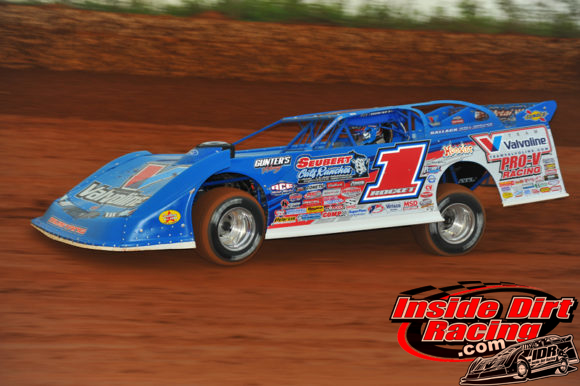 Overton took the lead on lap 15

The Southern All Star Dirt Racing Series made the first of three scheduled stops in 2017 at the Smoky Mountain Speedway on Saturday night and staged a $7,500-to-win event in front of a big crowd. Brandon Sheppard came away as the big winner from the Maryville, Tenn. track as he captured the lead early in the race and drove on to the checkered flag.

Shane Clanton led the way in Group A qualifying by turning a lap in 15.528 seconds around the 4/10 mile clay oval. He bested Jason Jameson, Ricky Weiss, Derek Ellis and Skip Arp in that group.

Sheppard was quickest in Group B and overall with a time of 15.246 seconds. That beat out Dale McDowell, Chris Madden, Brian Shirley and Mike Marlar.

Clanton won the first heat race of the night ahead of Eric Wells, Weiss and Arp as Jameson beat out Tim McCreadie, Shanon Buckingham and Kyle Hardy in the second heat.

Sheppard cruised to the win in heat three over Madden, Malar and Michael Page while Shirley won over Tyler Erb, Brandon Overton and Jimmy Owens in the final heat of the night.

Donald McIntosh and Vic Hill won the two B-main races used to set the remainder of the starting grid for the main event.

A caution waved over the field almost immediately after the drop of the green flag at the start of the 50-lap feature for a false start and that would prove to be the only yellow flag the field would throughout the duration of the race.

When the feature did get going, it was Clanton who shot to the early lead with Jameson, Sheppard, Shirley and Madden stalking. Sheppard began his assault quickly as he moved passed Jameson to nab the runner-up position on the second lap while Madden would move inside of Shirley for fourth one lap later. However, Shirley would fight back and the two cars raced side-by-side until the lap 6 when Madden finally captured the spot. 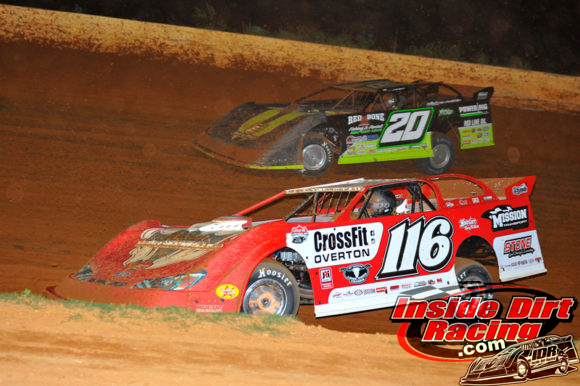 At the same time, Clanton and Sheppard were able to break away from the pack until slower traffic began to play a role in the race on lap 10. Madden then broke away from Shirley and was able to close on the lead duo quickly as they were held up by lapped machines.

McCreadie looked to move forward on lap 11 as he raced by Jameson to take fifth, bringing Wells along with him.

At the front of the field, Sheppard closed in on Clanton at lap 13 as the two continued to work their way through slower cars. On lap 15, Sheppard seized his opportunity and wrested the lead away from his fellow World of Outlaws Late Models regular. At the same time, Wells took the fifth position away from McCreadie.

Madden chased Clanton down and assumed the second spot on lap 21 while Wells moved up another place by taking fourth away from Shirley. Soon, Marlar would also take advantage of Shirley and grab the sixth spot away. 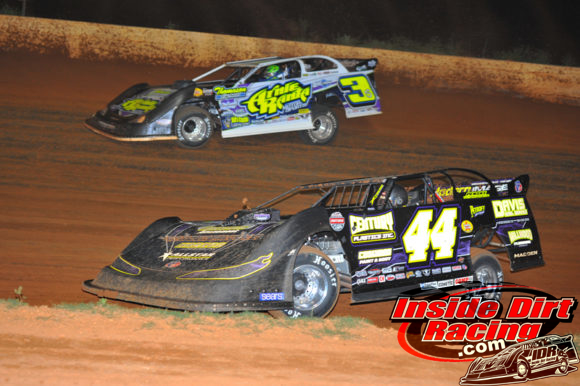 Madden briefly closed in on Sheppard around the halfway mark in the race bu Sheppard was able to maneuver his way through traffic so as to keep one or two lapped machines between himself and his nearest pursuer for the remainder of the event.

In the end, Sheppard would win by the length of a straightaway over Madden.