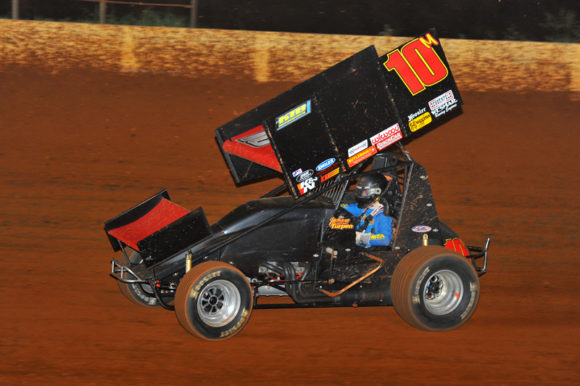 Along with the Southern All Star Dirt Racing Series race held on Saturday night at Smoky Mountain Speedway, the Maryville, Tenn. facility offered up action for the United Sprint Car Series as part of the “Rockin’ With the Stars” event. Morgan Turpen came into the night on a roll after having won the last three series features and that continued when she collected the $2,500 first prize.

Jordon Mallett started from the pole position in the main event with Turpen alongside. Joey Schmidt, Bob Auld and Matt Covington rounded out the top-5 on the starting grid for the feature.

At the start of the 30-lap feature, Mallett took the lead as the winged Sprint Cars roared into turn one. However, Turpen wasted no time in charging forward as she moved her machine to the outside through turns three and four and drove by Mallett as the cars came onto the front straightaway to assume the lead of the race.

A caution for a spin in turn one just after the conclusion of the first circuit briefly slowed the action. But once the green flag waved again, Turpen continued to set a blistering pace as she left the pack behind her. The lead for the No. 10m car grew to as much as a full straightaway by the end of the third lap.

Further back, Derek Hagar began to move forward as he closed in on the rear of Mallett to challenge for the runner-up spot. By lap 8, Hagar took the position.

Turpen found herself in traffic by lap 12, but it seemed to make little difference as the racing school teacher began putting cars at the tail of the field a lap in arrears. Meanwhile, Howard Moore and Marshall Skinner joined the fray as they closed in on Mallett to challenge for third.

Skinner swept by Moore to take fourth just before the halfway point. 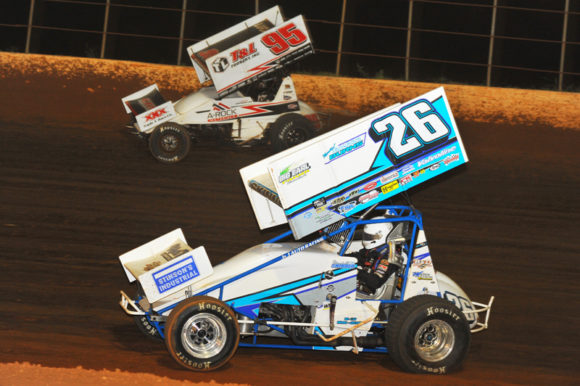 As Turpen continued to cruise at the front of the field, Covington proved to be the fast mover late in the race as he as he moved by Skinner on the outside to claim fourth on lap 21 and then again went to the high side to take third from Mallett.

Morgan Turpen scored her fourth consecutive victory on the USCS tour and he fifth in nine races as she drove under the checkered flag ahead of the pack. Derek Hagar, Matt Covington, Jordan Mallett and Marshall Skinner rounded out the top-5. 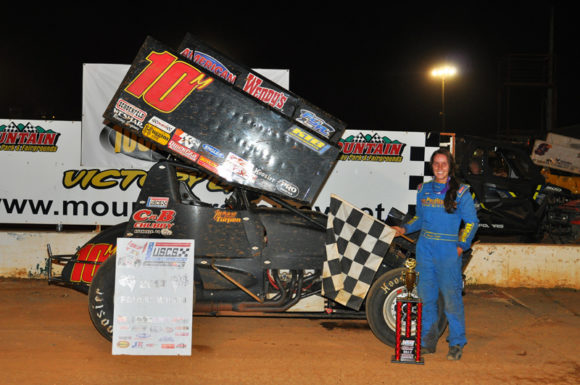