After experiencing low car counts throughout most of the 2014 season, the 411 Motor Speedway in Seymour, TN. has decided to eliminate its Thunder & Lightning class. According to the track’s website, the division had averaged only 7 cars per week, with a high of 14 on April 4th. The highest number of cars on hand since April 26th had been five.

The track had tried running the class on an every-other-week basis in hopes of getting more cars on the nights in which they did race, but that effort did not produce the desired result.

This past Saturday night, Dale Watson won the T&L feature race out of a field of five machines.

411 Motor Speedway released the following statement on its Facebook page on Sunday night:

With much regret we’ve decided to no longer run the Thunder & Lightning Division due to lack of car count. We tried every other week and can’t seem to get everyone to show up at the same time. We don’t feel cutting the purse would help or would be fair either. We would like to thank all of the drivers, crews, and fans of this division for all their support throughout the years and hope all of you can make your way to another class and keep doing what you love to do race.

We will be doing different things such as double features in one class per night along with some other ideas we’re tossing around.

Again THANKS to everyone that has anything to do with the Thunder & Lightning Division and we wish you nothing but the best. 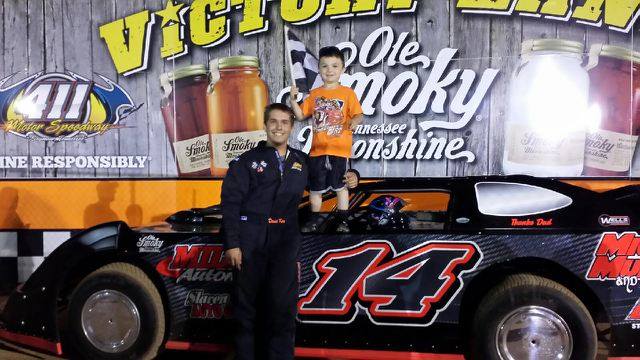