Home Features Zack Dohm: A working man whose goal is to beat the pros

Zack Dohm: A working man whose goal is to beat the pros 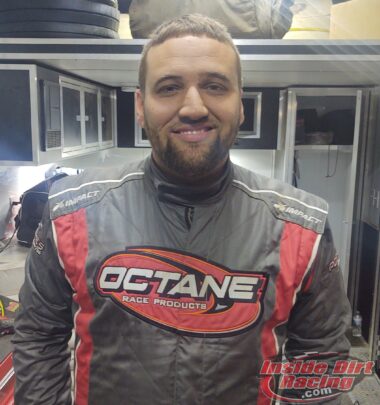 Anytime a major touring series rolls into Kentucky, Ohio or West Virginia, those who regularly compete with that particular tour know that one driver who will challenge them for the top prize at the end of the night will be Zack Dohm. Whether it be the World of Outlaws Morton Buildings Late Model series as was the case last weekend at Richmond(KY) Raceway or the Lucas Oil Late Model Dirt Series this weekend at Ponderosa Speedway in Junction City, KY and Florence(KY) Speedway, the No. 17 Longhorn Chassis machine is certain to give the top stars a run for the money.

The 32-year-old native of Charleston, WV got his 2021 campaign off to a rough start during Georgia-Florida SpeedWeeks but has since rebounded to score a win in the Ultimate Heart of America feature at Richmond on April 3rd then another victory in the season-opener at Ponderosa in the Spring Showdown on April 16th.

Dohm’s success close to home opposed to his misfortune when on the road may cause the driver to re-evaluate the idea of travelling long distances to race.

“We went to East Bay and was awful,” Dohm told InsideDirtRacing.com when asked to recount the first third of 2021. “We wrecked, we had motor trouble, it just wasn’t a good trip so I hadn’t raced until two weeks ago here in that $5,000-to-win(at Richmond) and we won it. Last week, I went to Ponderosa and Florence and won Ponderosa which paid $3,500 and ran third at Florence. We’re probably to the point where we’re about even from what we lost on the Florida trip so it’s not bad and not good. It just don’t make financial sense to go to Florida so from now on, we need to skip that and focus on what we’re good at.”

So is it the fact that Dohm has raced so many laps on the tracks in Kentucky, Ohio, and West Virginia or is it that those particular tracks suit his style that make him so good in this region?

“I think they suit my style more but it’s probably because it’s what I grew up racing on,” Dohm replied. “I think the dirt in West Virginia and Ohio is slicker than anywhere else. I mean, I haven’t been everywhere and raced, but when it gets slick, it gets really slick because there’s no abrasion in it, no sand in it. At least down south in Georgia and South Carolina when it gets slick there’s still grit and the tires still grab. I prefer a situation where you don’t have to drive like an idiot and good equipment ain’t what makes or breaks the race.”

But there’s more to it than just the track when Dohm and his team decide where they want to race. As with any racing operation, financial matters must be taken into consideration.

“I try to go to places that make financial sense,” he explained. “I didn’t go to Atomic to race for $22,000(Castrol FloRacing.com) against Davenport, Bobby Pierce, and Terbo(Tyler Erb). I’ll wait to go there in two weeks and race for $18,000 against not those guys. I’m not good at that fast, wide open against the wall stuff. I know I’m not good at it. We probably ought to do more of it to get better at it but this stuff is so expensive we need to make it pay for itself as much as we can. We’re not trying to make money but it would be nice if your winnings can support your motor rebuilds and your tire bill and everything throughout the whole year.”

Dohm comes from a racing family. His father, Tim, has raced for years. His brother, Nick, has raced as well but also serves as a vital piece of the operation by preparing cars for his family members.

The second generation driver has a great deal of admiration for his brother. “He sacrificed his own racing career to help me,” he declared. “I couldn’t do any of this without him.”

Both Zack and Nick work for their father’s Dohm Cycles business selling power sports vehicles. After the work day, they then go to their father’s shop to work on race cars. At one time, Dohm thought he wanted to being a touring series racer but his life situation has now caused him to believe that might not necessarily be the best life for him. 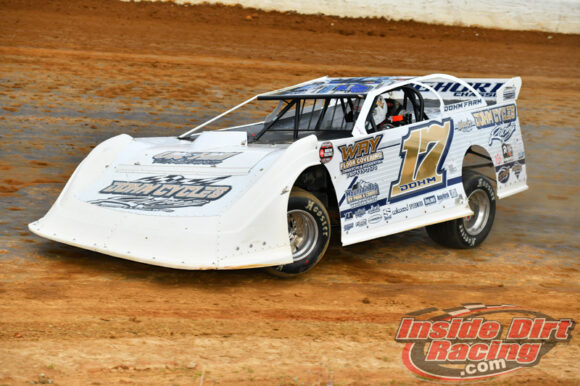 Zack Dohm in his Longhorn Chassis No. 17

“I think about it all the time but I work 40 hours a week and my brother does too,” Dohm pointed out. “We probably ought not to be doing that. My goal forever was to race a tour, race for a living, doing like these guys running up and down the road. But I’m a salesman for my dad selling four-wheelers and motorcycles. Last year was a great year for outdoor toys and stuff with all the social distancing recommendations. Last year made me realize that I can make a solid living working for him and what I can make racing is icing on the cake. I don’t think as a professional race car driver I could make the money I’m making now. My goal now is to be the guy who works 40 hours a week then shows up and beats the pros.”

Dohm and fiancée Veronica have a young son together. Will’s dad knows too that demands apart from racing will at some point begin to take center stage.

“The older he gets the more he’s going to be into sports and ball and we don’t need to be doing that(travelling to race),” Dohm said. “If I can just be the guy who has a chance to run top-5 in a crown jewel and maybe win a race like this, I’m really content. You’ve got to still race, like my dad, when he’s running good he wants to just race in fifteen big races and that’s it. You can’t do that these days because there’s so much technology so you’ve got to always be trying something. If not, somebody’s going to pass you up. I think the way we do it right now is all I aspire to do.”