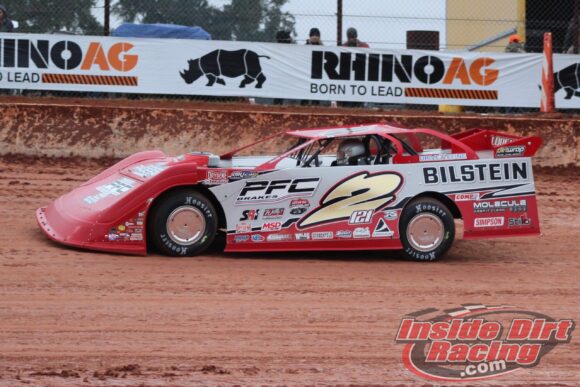 The Drydene Xtreme DIRTcar Winter Series descended the Modoc Raceway for the finale in what proved to be a five-race series that took competitors across three southeastern states during the winter months of 2019-2020. At the end of the night it was Rum Runner Racing driver Pearson Lee Williams who left the South Carolina facility with the winner’s check valued at $7,000 and his first Super Late Model win.

Chris Madden was crowned as the first Xtreme DIRTcar Series champion and collected $20,000 for his efforts over the course of the mini-tour.

John Henderson led the way in qualifying by turning a lap in 16.696 seconds around the 4/10 mile clay oval to better the times of Pearson Lee Williams, Zack Mitchell, Josh Bishop, Casey Roberts and Michael Brown.

Zack Mitchell was the winner in the third and final heat of the night over Brandon Overton, Michael Brown, Brent Dixon and Jonathan Davenport.

At the start of the 40-lap feature it was Henderson who shot to the early lead with Williams, Mitchell, Roberts and Overton trailing. However, a yellow flag was displayed just after the completion of the first circuit for debris on the track.

During that caution period Henderson and Davenport pulled off the track and out of the race. Also, the red flag was displayed at that time for officials to do some track prep work due to dusty conditions in turn four.

After a single-file restart on the second lap the top-4 of Williams, Mitchell, Roberts and Overton separated from the pack and looked to settle the issue among themselves. By lap 11, the front runners encountered slower traffic with no one willing to give up the bottom groove to make a move.

On the ensuing restart Williams began pulling away from his pursuers with Mitchell holding down second while Roberts and Overton squabbled over the third spot with Bishop maintaining fifth.

Successive yellow flags on lap 32 set up restart opportunities for those running behind Williams to make a late move for the lead. But over the closing eight laps no one would challenge Williams as the Joey Coulter-owned machine drove under the checkered flag for the victory. 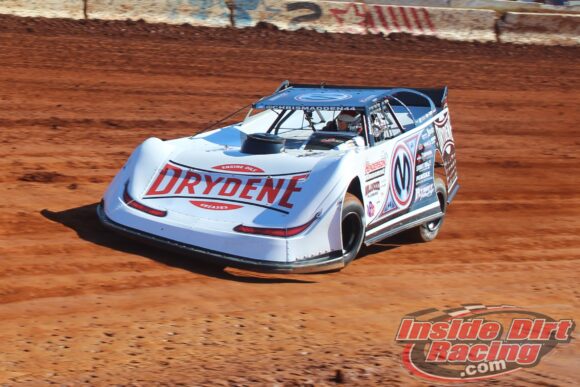