Home Features Will Roland made the most of Southern Nationals experience

Will Roland made the most of Southern Nationals experience 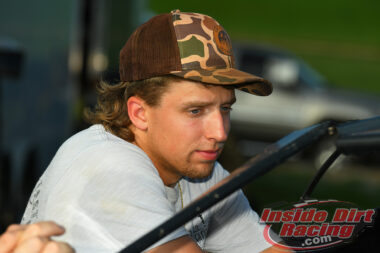 When a regional standout like Cory Hedgecock wins two races and the championship while invaders such as Dale McDowell and Brandon Overton each claim multiple features, it would be easy for other drivers to get lost in the shuffle of a two-week mini-series. However, Jasper, Georgia racer Will Roland very much held his own during the 2022 version of the Schaeffer’s Oil Southern Nationals.

In the nine races that were contested, Roland earned six top-10 finishes with his best result being a third at Georgia’s Senoia Raceway. Ultimately, the 20-year-old driver would finish second in the series standings behind champion Cory Hedgecock.

After competing in the Crate Late Model division during the early years of his career, Roland has relatively little Super Late Model experience compared to many of those he competed against during the Southern Nationals.

The margin for error is razor thin.

“It’s really tricky, the competition is real tough,” Roland explained in an interview with InsideDirtRacing.com. “That crate stuff, it’s still real tough in that too, but this super stuff is next level. You’ve got make sure every night when you get to the race track you’ve got everything spot on. Once you get behind early in this stuff, it’s hard to catch back up.”

Even with less experience, Roland is pleased with how he and his team performed over the grueling two week span. The No. 22 Capital Race Car did score a feature win at North Georgia Speedway prior to the start of the Southern Nationals.

“I feel like we’ve done good,” he declared. “I haven’t really raced a whole lot since last year. We’ve had a bunch of bad luck and the year before that I didn’t get to run a whole lot. Running this deal is helping me in the seat and helping us learn this car. I’ve already raced more times than I did last year just running this series. I think we going to learn a bunch. I can’t complain with where we’re at.”

Going into the series finale at the Tazewell Speedway, Roland had a shot to claim the title. Is that something he expected?

“Coming in, I had a lot of confidence coming into this,” he insisted. “I knew we were going to run this deal and I knew we had a chance to win it but I didn’t really think I was going to be as competitive as I am to be honest with you. I knew I could put this thing up front and we have. We struggled the past few nights with odd stuff not going our way and stuff messed up that we didn’t know about.” 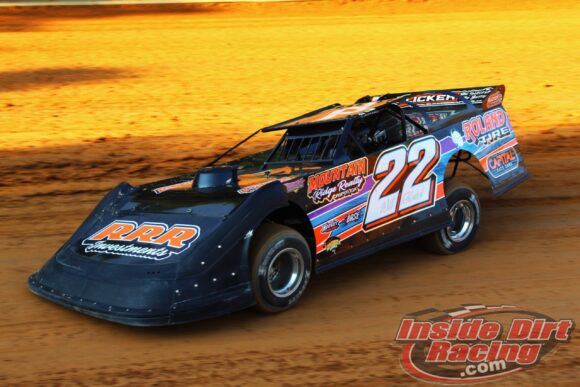 Will Roland in the No. 22 Capital Race Car

One interesting facet of the Southern Nationals is the variety of tracks on the schedule. Big and wide open Wythe Raceway is very different from flatter and slicker Senoia Raceway which very different from the high banked venues of Volunteer Speedway and Tazewell Speedway.

For any young driver, seat time is critical. The Southern Nationals provides an opportunity to get a lot of that over a short period of time.

So after this experience, is Will Roland a better race car driver than he was two weeks ago?

Turn 2 Blog: Is Brandon Sheppard “back”?