Home Blogs Podcasts Why Not Pair Trucks on Dirt With Charlotte Roval Race?

Why Not Pair Trucks on Dirt With Charlotte Roval Race? 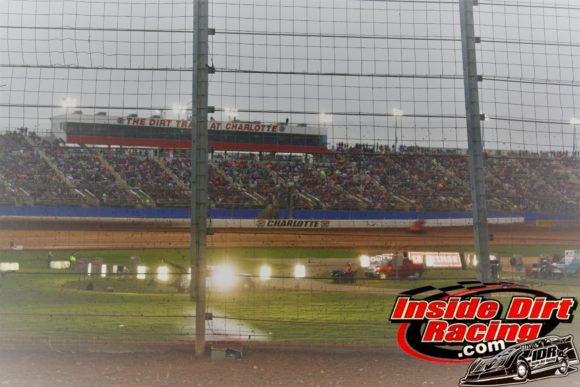 NASCAR and the Charlotte Motor Speedway recently revealed plans to contest the race being held at that facility on September 30, 2018 will be on the track’s road course, or “roval”, rather than on the oval track that has been used there for decades. The race will provide a road course event within the late-season playoff as an alternative to the oval tracks that make up the other nine installments of the Monster Energy NASCAR Cup Series championship deciding ten race stretch.

It will be a unique event weekend with the transition from the oval to the roval.

After visiting The Dirt Track at Charlotte over this past weekend for the World of Outlaws sanctioned World Finals, I had a thought of something NASCAR should consider that would make the weekend even more unique. Why not add a Camping World Truck Series race on the clay oval located almost literally within the shadow of CMS. It would provide fans with an opportunity to have still another new racing experience.

The NASCAR truck series already contests one race on a dirt surface when they compete each July at Ohio’s Eldora Speedway. As a result, most CWTS teams have at least one machine taking up space in their shops that serves only one purpose on one time each year. No doubt, they would enjoy an opportunity to actually use that truck more than once each season. 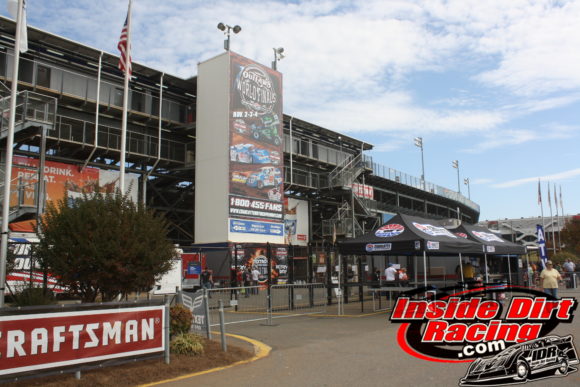 The Dirt Track at Charlotte is a first rate facility

The Dirt Track at Charlotte is a first rate facility that would be more than adequate to host such a race. The track has all the amenities necessary for fan enjoyment, including ample seating, a large video screen,  and grounds that offer enough room for souvenir and concession areas.

Some might raise the point that the track’s outside walls are not covered with SAFER Barriers. The Sprint Cars and Dirt Late Models that race there regularly travel at much faster speeds than the trucks ever would. If it is safe for those machines, it would be safe for CWTS machines.

A truck race on the dirt surface could be made to easily fit into the NASCAR weekend schedule by staging the event on the Thursday leading into the Monster Energy NASCAR Cup Series main event. 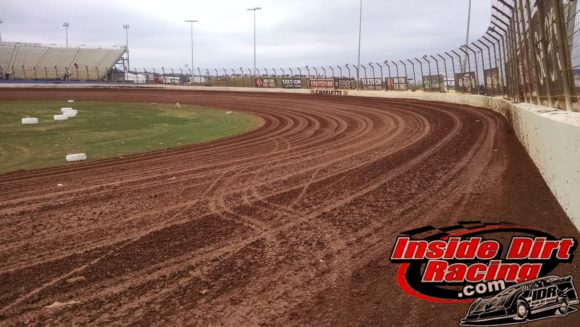 The racing surface on The Dirt Track at Charlotte

Obviously at this late stage in the year, it would be difficult to arrange such a race for the 2018 season. However, there would be enough planning time to bring such a race to life in the fall of 2019.

The CWTS is struggling to fill seats when it races in conjunction with Cup weekends. Such a race that would provide a unique opportunity for fans would almost certainly be better received by the patrons than another race on a 1.5 mile cookie cutter type speedway.

NASCAR needs to consider adding this race as it would provide another use for the dirt facility in Charlotte as well as benefitting both types of racing.