Track owner Doug Sopha officially opened his newly constructed I-40 Raceway for an open practice on Friday night and about a dozen cars representing multiple classes showed up to take advantage of the opportunity. Overall, the drivers were complimentary of the quarter-mile oval located near the site of the old Atomic Motor Speedway just outside of Lenoir City, Tenn.

Despite threatening skies overhead, the rains held off and a number of laps were turned on the new clay. Three experienced east Tennessee drivers were on hand to offer their opinions on the new facility.

Brian Hooks, Nick Perry and Derik Duggan have won races on a variety of tracks around the region. 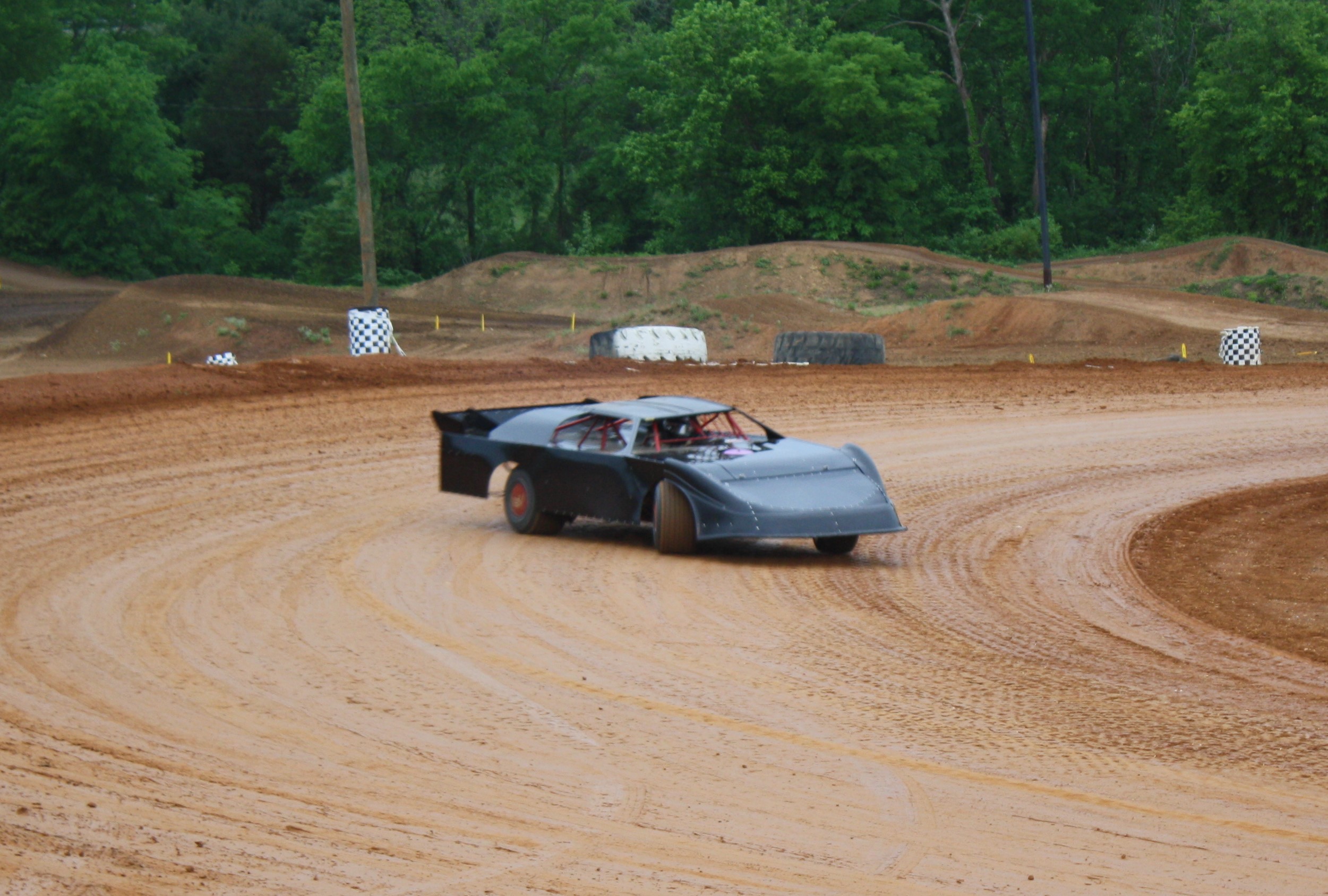 The Late Model of Brian Hooks’ Late Model negotiates the east end of the new I-40 Raceway.

“The only way I can describe is to say that this is short-track racing at its best,” Hooks declared. “The track is real tight. You’ve got to get the car turned quick enough to get back in the throttle, but you can’t jump in the throttle too quick. It’s a driver’s track is what it is.”

When asked to compare the track to any others he has driven, Hooks replied, “It’s really just a track in itself. The layout is great and the corner entries are great. You’ve got to be a wheel man to drive this track.”

As the first driver of a Late Model to test the new surface, Hooks offered his opinion as to whether the tight confines could host dirt racing’s most powerful machines. “Yes, I think it could be a steelhead track. It’s got the potential to be real racy.” 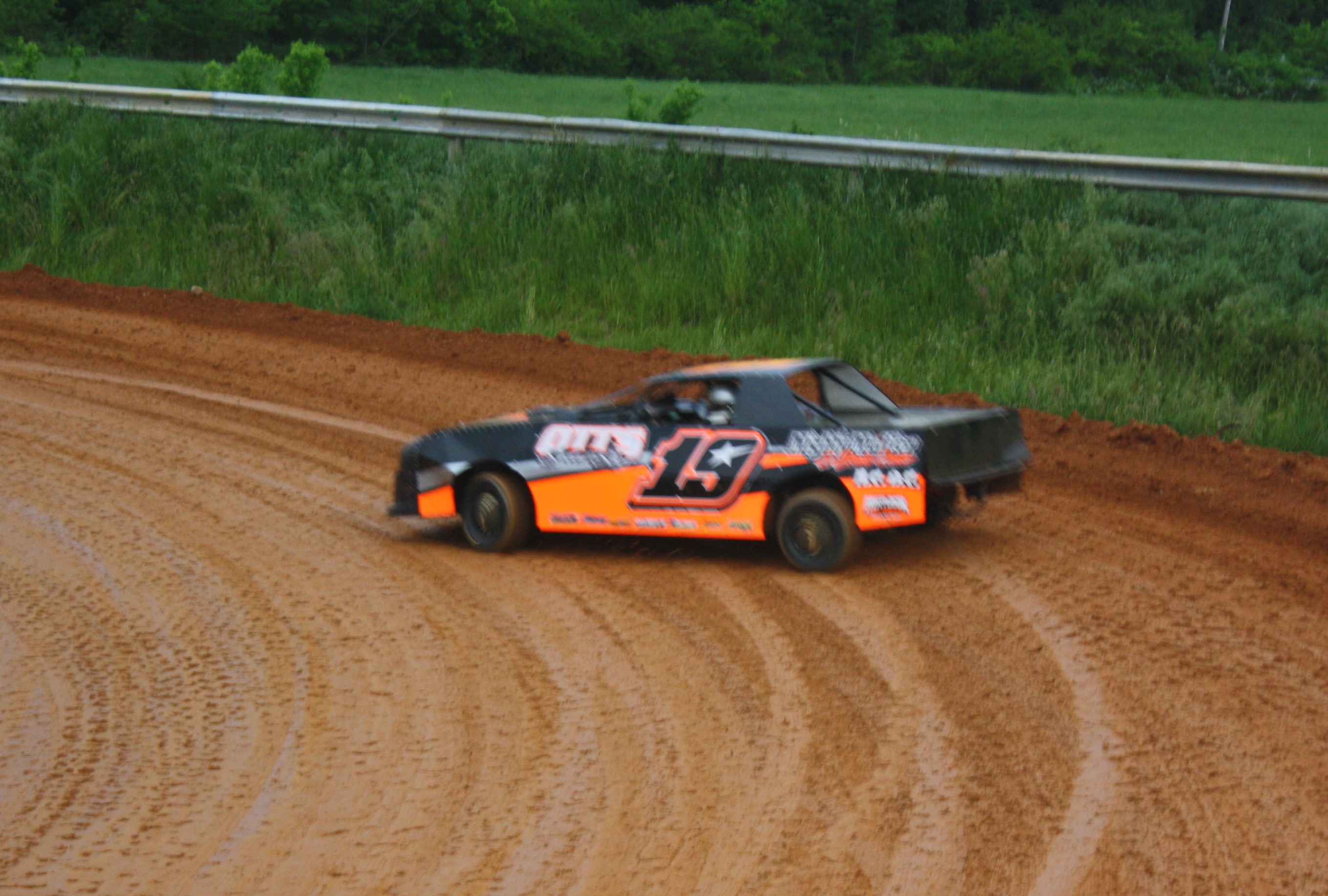 The Mini Stock driven by both Nick Perry and Derik Duggan on Friday night.

Nick Perry and Derik Duggan were two veteran east Tennessee racers to take on the track in a Mini Stock. Both have competed successfully on a variety of speedways and offered their insights as to I-40’s potential.

“It can be tedious,” Perry explained. “The turn that is banked(east end) isn’t as easy as it looks, and the turn that’s not banked(west end) is easier than it looks. But it’s a good little track. I think the times are about equal to Spring City and the gear is identical to Spring City.”

So what will the competition be like once cars hit the track for real?

“I think it’s going to make a lot of friends and a lot of enemies,” Perry said. “It is very different(from other tracks in east Tennessee), but for some reason it reminds me of Talladega Short Track because of how the car will push then scotches and takes off down the straightaway. It’s definitely going to be fun for the first few races until everybody gets it figured out.”

Duggan took a turn steering Perry’s Mini Stock around the track. The driver who has won scores of races around the region is various types of cars shared the opinions of his fellow drives. 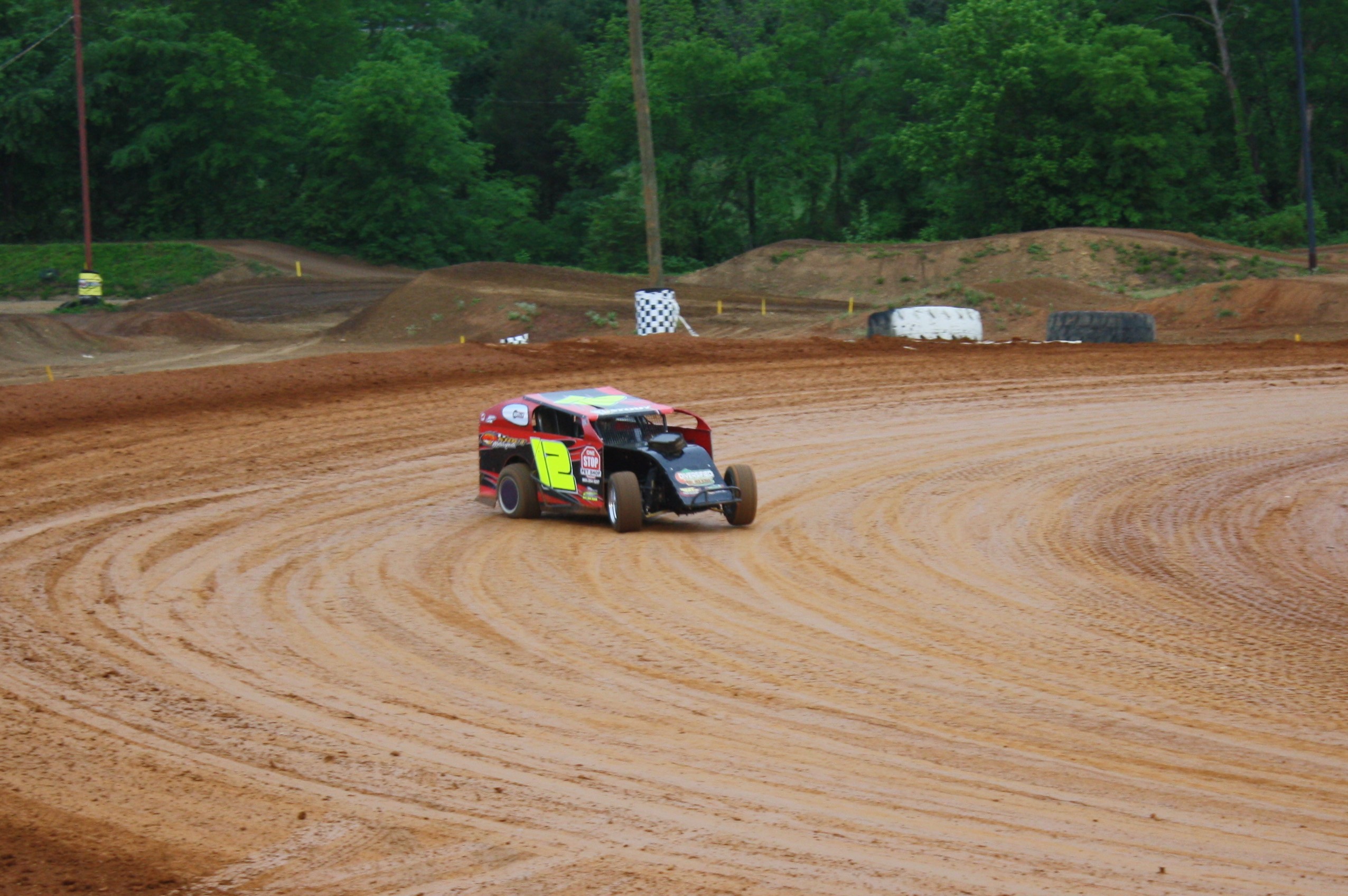 A Mod Lite car works through the east end of I-40 Raceway. 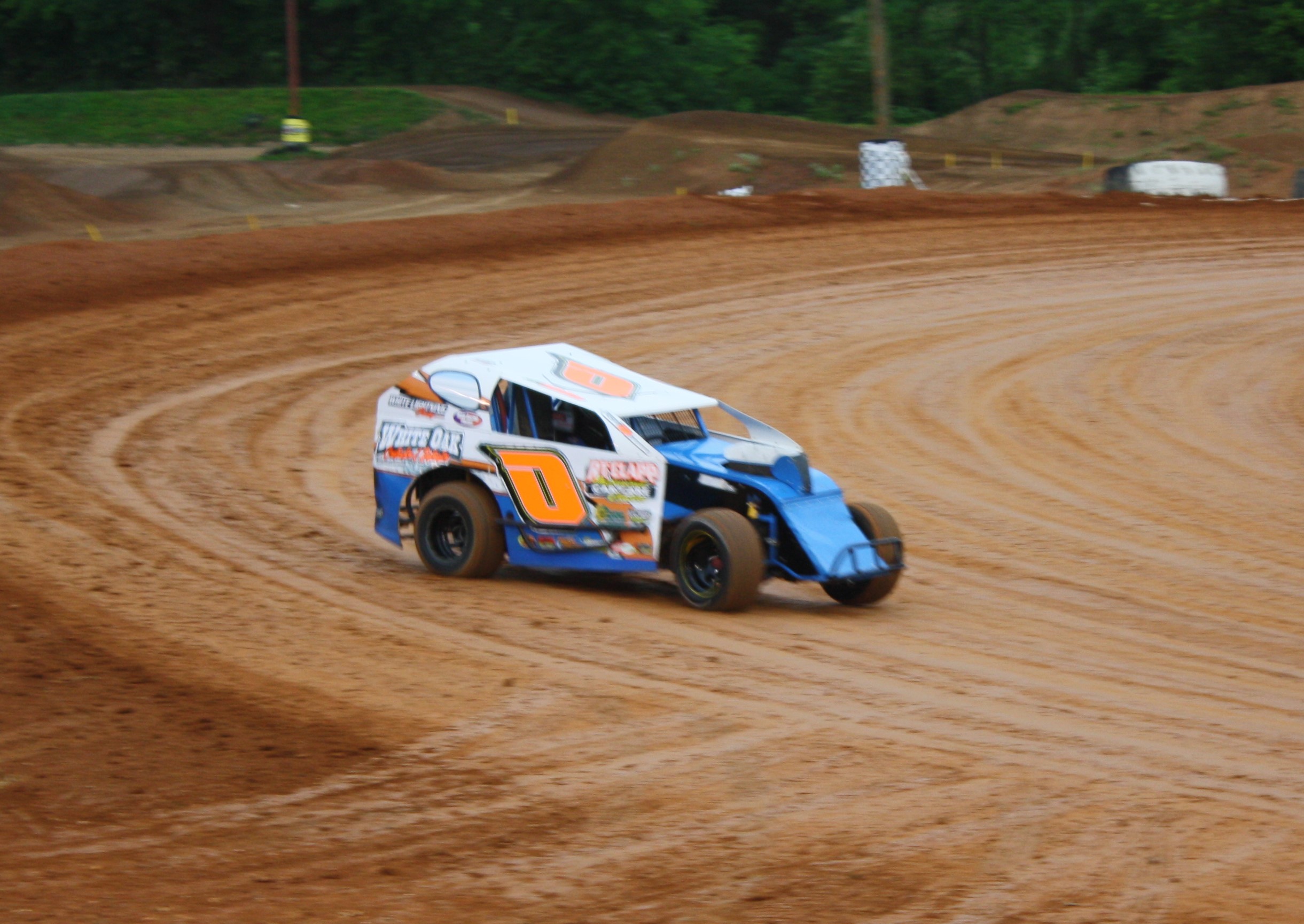 Another Mod Lite that was on hand. 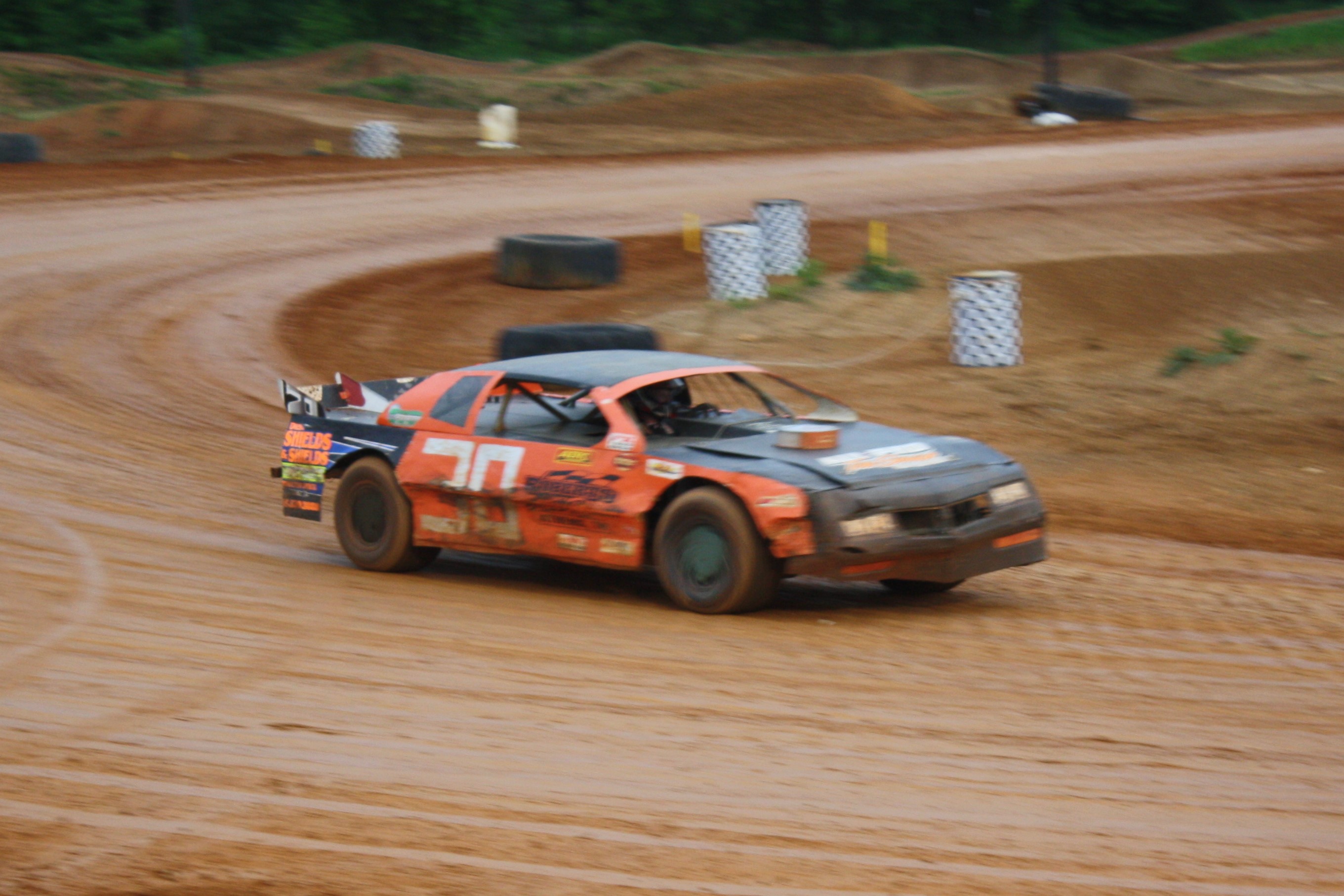 One of the Street Stock machines to hit the track.