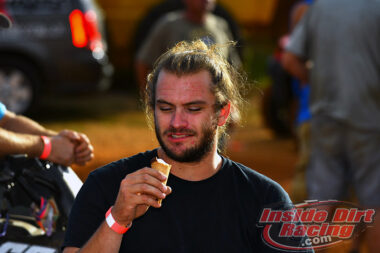 Make no mistake about it, Tyler Millwood has one goal in mind each time his hauler pulls through the gate of a dirt track. He wants to win just as he did on July 4th in an unsanctioned event at Georgia’s Dixie Speedway.

To that end, the 29-year-old racer just completed a two-week run on the Schaeffer’s Oil Southern Nationals in which his team took measures to see that more victory lane visits will be in their future. Millwood finished the 12-race mini-series with two top-5 and eight top-10 results. Those numbers placed the Cartersville, GA driver fifth in the final Southern Nationals point standings.

“I wanted to run in the top-5 more often but we just take it one race at a time and we show up to win when we show up,” Millwood declared in an interview with InsideDirtRacing.com. “That’s our goal every time we show up is to win the race. That should be everybody’s goal coming to the race track. I feel like if you don’t come to win, you’ve already lost the race.”

Overall, Millwood was pleased with his performance on the series. Had it not been for three successive nights of misfortune in his home state during the middle stretch of the tour, his final placement in the standings could have been much higher.

“It’s been good,” the driver of the No. 31 Durham Racing Engines-powered Rocket Chassis said. “We had three bad nights we didn’t need and I feel like we would be better in the points. Other than them three nights, I feel like we’ve learned stuff and we’ve got better every race.” 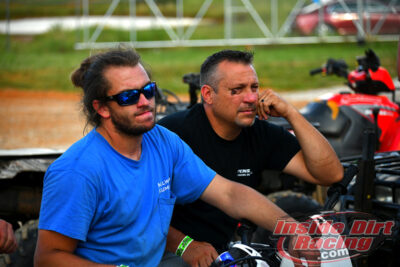 One of the measures taken by Millwood Motorsports to raise the performance of their entire operation was to bring in veteran racer Chris Madden to drive a second team car. The five-time Southern Nationals champion won four of the twelve features on the tour and finished just behind 2020 champion Brandon Overton in the final rundown.

Millwood, who works a full-time job for Georgia-based Millwood Plumbing, pointed to having a second car as a benefit to his team as well as that of Madden.

“Oh yeah, definitely,” Millwood replied when asked if Madden had helped to elevate their program. “Chris has always helped me on that side of stuff because we don’t have time to go testing and do all the things you need to do to keep up with today’s technology. I’m glad he’s had good runs and good finishes and we’re looking to get up there and battle with him someday.”

Even before bringing Madden on board, Millwood felt as if one aspect of his team’s overall effort was solid.

Racing in the South during midsummer can present numerous challenges. As part of their maintenance program, Millwood and his team employed a strategy that helped them beat the relentless heat that plagued the series in 2020.

“It hasn’t really been too bad,” he explained. “Our teams are usually the last ones loaded up because we try to get our maintenance and all of our stuff done the night before so it’s not a thousand degrees and you’re outside. It makes it a little easier. You don’t get as much sleep but it makes the next day easier.” 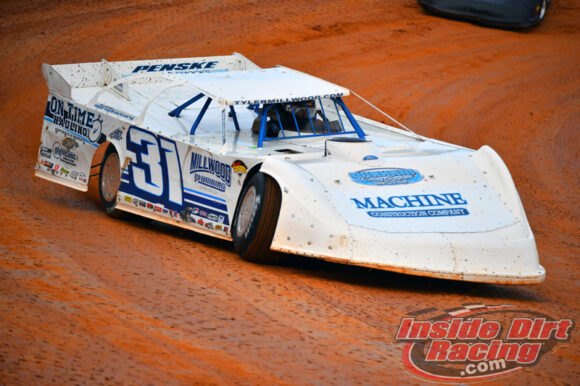 Tyler Millwood in the No. 31 Rocket

Overall, this year’s Southern Nationals proved to be a success for Millwood and his organization. Seat time and visiting multiple tracks over a short period of time provided a great deal of experience and brought an even more positive outlook for the future.

“Laps always make you a better driver,” the driver insisted. “It’s all about being in the seat. The cars are so technical nowadays that you’ve got to change your driving style to fit the race car and not necessarily make the race car fit your driving style. It’s all about learning how to drive differently all the time. And going to a bunch of different race tracks helps. I think there were about six of these tracks on this deal that I had never been to before and it’s always fun going to new race tracks and learning new things. That does nothing but better your program.”