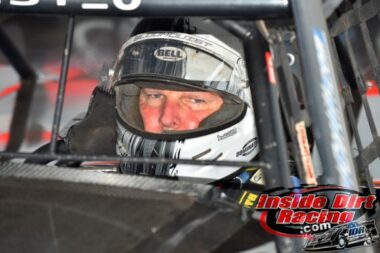 Scott Bloomquist is focused on success in 2021

Over the past three decades few names have rivaled that of Scott Bloomquist in terms of success in Dirt Late Model racing. The Mooresburg, TN resident has amassed more than 600 feature wins along with three Lucas Oil Late Model Dirt Series titles and one World of Outlaws Morton Buildings Late Model Series championship. However, the past two seasons have been a struggle for the legendary superstar as the wins have been fewer and further between.

In March of 2019, the National Dirt Late Model Hall of Fame member was involved in a motorcycle accident that resulted in significant leg and hip injuries limiting his mobility and impacting his comfort level inside the car. As a result, performance dropped off from what fans and competitors had been used to seeing from Bloomquist.

Following the accident, the 57-year-old driver only managed a pair of preliminary race wins leading up to the Dirt Million in Mansfield, OH and the Topless 100 in Batesville, AR.

In the 2020, the nationally known driver moved from the Lucas Oil Late Model Dirt Series to the World of Outlaws Morton Buildings Late Model Series, where he had been crowned champion in 2004. That move was largely brought on by commitments to sponsor Drydene Performance Products, which is heavily involved with that national tour.

Last year’s results were not up to par by Bloomquist’s lofty standards as he managed only a eighth-place in the final standings with just one series win, which did not come until September at Pennsylvania’s Thunder Mountain Speedway. 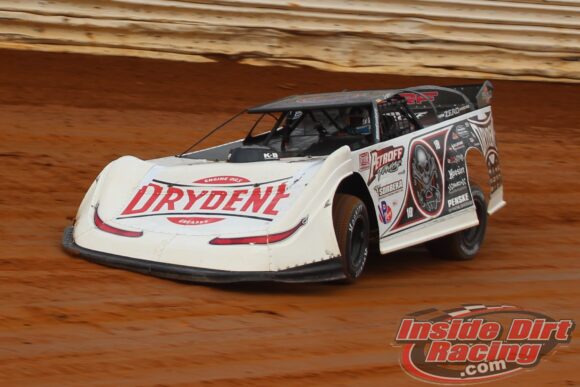 But 2021 has brought new hope for the driver who has accumulated four World 100 globe trophies and eight Dirt Late Model Dream paychecks over the course of his career. In the opening pair of WoO Late Models races this past weekend at Volusia Speedway Park in Barberville, FL, Bloomquist did not get off to a particularly inspiring start with a 17th place finish on Thursday night. However, things took a drastic turn for the better in the Saturday evening finale.

After posting a lap that would place him second in Group A qualifying, the driver sometimes referred to as ‘Black Sunshine’ won the night’s second heat race placing him in the redraw for his feature starting position.

In his interview with DirtVision.com during the redraw, Bloomquist attributed his speed in the early portion of the night to a new Team Zero Race Car that had been constructed by his crew following the final WoO race of 2020.

“We’re doing pretty good,” Bloomquist declared in his typically confident tone. “It’s a new race car and we’re just getting it dialed in. We’ve got a lot of good help and we’re going to be good this year.”

The car certainly appeared to be dialed in during the 40-lap feature event. After starting from the outside of the second row, Bloomquist immediately settled into third in the running order behind leader Kyle Strickler and second-running Ross Bailes.

Following a lap-34 restart, the No. 0 machine moved into second and went after Strickler to fight for the race lead. Bloomquist did in fact pull in front of the No. 8 machine briefly on the back stretch but Strickler used the momentum of being in the outside groove to retake the top spot as the duo enter turn three.

Please also consider listening to “Rich’s Ramblings: Are Bloomquist and Davenport back to old form?“

Ultimately, Strickler drove to the win with Bloomquist finishing as the runner-up. In 2020, he did not earn a podium finish until June 26th at the Lernerville Speedway in Pennsylvania.

Bloomquist again heaped praise on his new car during his post-race interview. He also added that another is on its way.

“This is one of our new cars,” he said. “We’re real excited about it. We’ve got another new one that we’ve almost finished up that we’ll have with us when we come back here next month. We’re just going to keep on digging. Our car was excellent. I don’t think anybody could run through the middle of three and four like we could. I thought we were going to get him there, but he had a good race. We’ll see what happens next time.”