Ricky Weiss explains decision to build his own Sniper Chassis 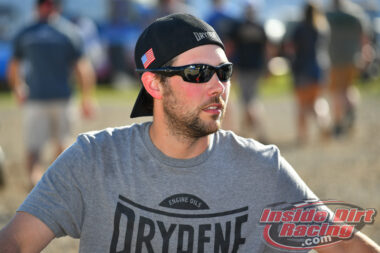 Ricky Weiss has shown steady progression during his time as a regular on the World of Outlaws Morton Buildings Late Model Series. The 2019 Rookie of the Year on that national tour finished third in the final standings in that same season. He followed that effort up last season by ending the campaign second behind champion Brandon Sheppard in the final rundown.

Now, the 32-year-old driver is looking to find the formula that will move him one spot higher in the standings at the end of 2021.

After previously employing Sweet-Bloomquist Race Cars(Team Zero Race Cars), the native of Headingly, Manitoba, Canada made the decision to construct his own cars and began that process late last year. Weiss now competes in his own creation dubbed the Sniper Chassis and is already showing signs of success by being ranked third in series points with one top-5 and four top-10 finishes in six WoO-sanctioned starts.

Going it alone in the highly competitive world of Dirt Late Model chassis building would be considered by many to be a risky venture. But Weiss believes that he has made the right move at the right time in his career considering the difficulties of maintaining a race car over a full season.

“I don’t know if it was as much me wanting to as much as it was the demand was forcing the next five years of my future,” Weiss told InsideDirtRacing.com. “We were just in the market of we needed to get some new iron in our team and some parts. It’s tough going up and down the road doing what we do but it’s even tougher when you have to repair these things to do what we do night in and night out. It’s hard when you can’t just pick up the phone and order parts and order stuff coming our way. There’s just different parts on these things versus everyone else’s. We just felt like it was easier to do it ourselves.”

While he believes he has made the right move, the current parts shortage being experienced throughout the industry brought on by backlogs created after last year’s coronavirus mandated shutdowns has hampered development to a degree.

“It’s really been tough to take this adventure on right when the steel almost doubles, the aluminum almost doubles, if you can even get it,” Weiss explained. “It’s putting a little toll on our game plan as far as how many cars we wanted to have done by now. But everything is getting in line and our ducks are in a row. I see good things in our future.”

The desire to accomplish his goals as quickly as possible has to be tempered by the realization that long term success won’t happen overnight. And more, the winner of the 2018 North-South 100 wants to get it right the first time.

“I’d like to be a further ahead but perfection takes time and I don’t want to rush anything,” Weiss pointed out. “I just want to take it day by day and try to foresee the future and make the right choices for our team. I think we’re going in the right direction and I think what we’ve got coming is some good cars and some good clients. I’m excited to work with guys like J.R. Haley and everybody around me that we can better our team.” 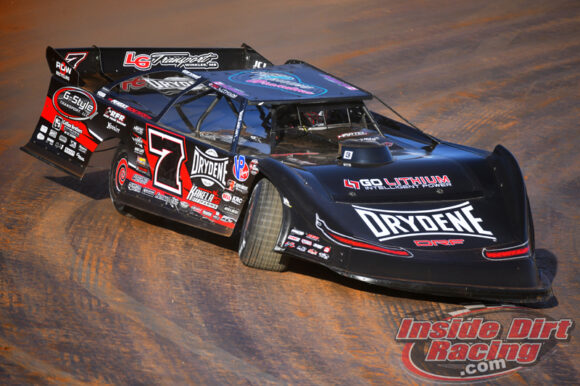 The driver of the No. 7W machine spent a good deal of time working at the Mooresburg, TN shop of Hall of Fame driver Scott Bloomquist over the previous three seasons. As a result, he values the lessons learned from the driver who has won more than 600 feature races.

“When we were over at Scott’s, he took me on,” the driver recalled. “I looked up to him like he was my dad and he didn’t really hold anything back. He taught me so much and I’ll never be able to thank him enough for what he did. If you would have asked me three years ago would I ever think of building my own cars, I would have said absolutely not. What we had and what we’ve got, just going forward, I think it was not so much a choice anymore as it had to happen. Like I said, I think it’s going to be good for our team and good for the people who jump on board with us.”

Ultimately, the goal is to not only build cars that will allow Weiss to succeed on the track but will also allow others to achieve their racing goals as well.

“We’ve got some people calling already wanting some cars,” he said. “Like I said, we don’t want to rush anything. I want to get out there and be able to do some test sessions, not necessarily take baby steps at it, we’ve got a good notebook with what we’ve got and we’re going to throw that at it. Once we get on the track with them we’ll be able to tell a lot more.”

“We just need some good people to bounce some ideas off of. We’ve got to get out there and test. I personally think they are screaming for some new cars out there. There’s a few out there and we obviously know which ones are quick and are better on certain track conditions. Our goal is to build a car that can win a hundred grand.”