This is the introduction to a series of pieces regarding what I see as essential changes needed for the sport to survive. 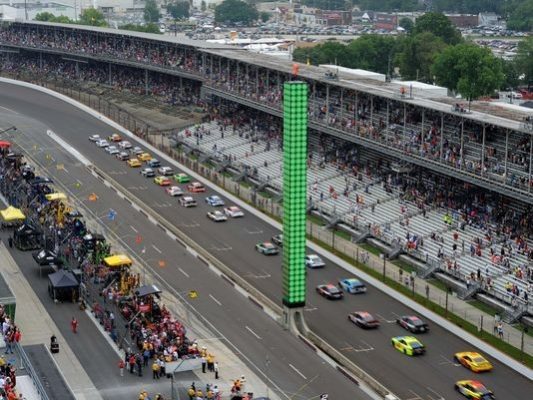 Empty grandstands for a NASCAR race at Indianapolis Motor Speedway

It is not a well guarded secret that attendance and television ratings for the Monster Energy NASCAR Cup Series have been in a state of decline over the past decade or so. If the sport is to thrive again, or for that matter survive, in the future it is likely that an overhaul in the way the sport is conducted may be required. To that end, I will be posting a series of pieces over the next few weeks to offer my suggestions for improving television viewership and the number of fans in the grandstands.

Keep in mind, however, that lowered attendance and sagging television ratings are not just a NASCAR problem. ESPN published a report on Thursday(1-4-18) that stated NFL viewership was down by almost 10% during the 2017 season compared to last year. Those disappointing numbers followed an 8% reduction in 2016 from the previous year.

And further, there were some bowl games leading up to the College Football Playoff in which it appeared as if there were more empty seats than filled ones. The Tennessee Titans, an NFL playoff team, often had empty seats clearly evident throughout their most recent season.

It is the opinion of this writer that there are a number of contributing factors causing these lowered numbers. As a father of three children of ages 15 and younger and a high school teacher of 27 years, I feel qualified to gauge the likes and dislikes of young people in today’s society. And quite simply, the most recent generations of today’s world are not the sports fans that those of us who grew up in the 1970’s and 80’s were. As a result, attendance and viewership are going to naturally fall off as the more recent generations reach the age of making their own viewing and attendance choices.

Further, there are so many options available to not only young but old alike in modern-day culture. If the product is not entertaining right away, there is no need to stick with it for very long as there are plenty more options out there that will be immediately entertaining in the form of video games, YouTube, Netflix, etc…

For sports to continue experiencing anywhere near the same levels of fandom they have enjoyed in the past, there will have to be fundamental changes made. And as much as traditional old folks like myself(I’m 50) hate to admit it, changes will have to be made to modernize. An attitude of “if they don’t like they can just go away” will only expedite the death of sports, including racing.

The NFL, NBA and Major League Baseball are in the process of implementing changes designed to speed up their contests in hopes of keeping today’s shorter attention spans tuned in. Racing will have to do the same and in some cases already is in the form of stage racing and other format modifications.

As has been well documented, NASCAR has already implemented scores of changes over the past several years. But many of those adjustments have been geared more toward creating contrived drama for the latter part of the season in the way of insuring close points battles rather than making the actual racing product more viable in the times we currently live in.

The people of today’s times are not going to be terribly concerned about the tightness of a points battle if they have to sit for three or four hours waiting to see how it plays out. They will just find a re-cap on the internet or watch one of the sports network highlight shows to find out what happened.

Since 2008, I have covered approximately 55-60 dirt track races per year as well as watching scores of NASCAR events on television and have seen strategies used by both successful and unsuccessful promoters as they worked to get fans into their facilities. I believe some of these strategies would serve NASCAR well. But I realize that any significant changes to the sport would require stake holders such as drivers, teams, sponsors, television networks, and fans to buy in before they would actually provide success. 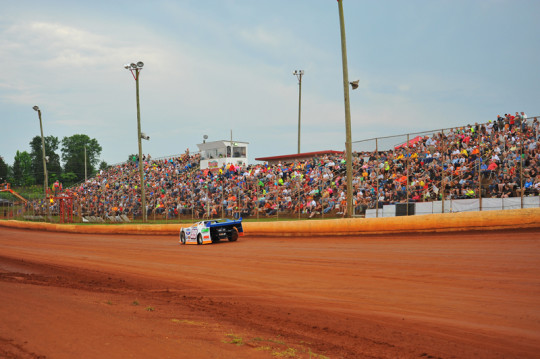 Keep in mind that the suggested changes could not be made overnight and that several of these ideas are meant to work in concert with other suggestions written about in separate pieces throughout the series.

Over the next few weeks, I will offer ideas to not just manufacture points battle drama but to change the way the sport of racing, particularly NASCAR, goes about running the actually contests. It is my opinion that if something isn’t done along these lines, the sport of racing will be in jeopardy of failure.