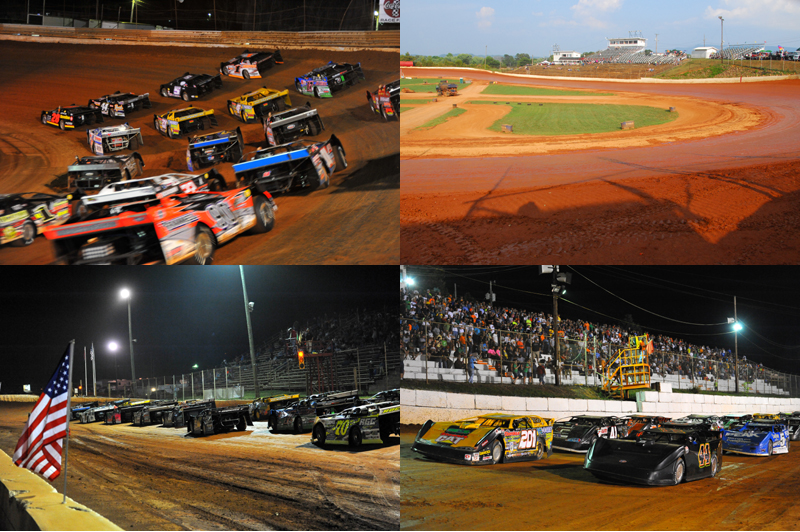 East Tennessee has already seen a couple of events for 2014. But the unofficial start of the racing season starts next week. Here we will preview what lies ahead for our area racetracks.

411 Motor Speedway – The Seymour track has already run two events in 2014. But the meat of their schedule begins in late March. The big news here is the switch from limited late models and the feature class to crate late models. The crates had good numbers a couple of years ago. But many of those drivers switched to steel heads last year. It is not clear how many, if any, will go back to crates. The other classes look strong.

Boyd’s Speedway – The track that literally sits on the Georgia-Tennessee border has new ownership for 2014. Dave Duplissey and Dale McDowell purchased the track from the Harvey brothers. The biggest change is the switch from Friday nights to Saturday nights. With the future of Cleveland Speedway still in the air, the move to Saturdays makes a lot of sense. Many drivers and fans were used to being at Boyd’s on Fridays and another track on Saturdays. It will be interesting to see how fans and drivers respond to the change.

Cleveland Speedway – No one knows if the track will be open this year or ever again. The future of the speedway has been tied up in bankruptcy court for several months.

Crossville Raceway – Racing on the plateau continues for another season in Crossville. The track continues to find its niche by running 9 classes each week. While we feel that is too many classes, the Sheehans must be doing something right as the track has remained open for the most consecutive years since the 90’s.

I-75 Speedway – The track formerly known as Murphy Speedway has new ownership, a new name, and a new configuration. Monty Morrow and Doug Sopha are two of the partners in the ownership of the track. Construction is under way to shorten the massive 5/8-mile track to a 3/8-mile track with hopes of being open in April.

Spring City Raceway – Plans for the bullring are up in the air 2014. The previous promoters decided not to renew the lease. There was talk of Danny Dishman leasing the track. But it appears Dishman has lost interest in that plan, at least for now.

Smoky Mountain Speedway – The Maryville track has the most ambitious schedule of the area’s tracks for 2014. The speedway hosts all three national touring series, a first for this area. The inaugural NDRL events next weekend are expected to draw an impressive list of drivers if the weather cooperates. The track will also welcome the Lucas Oil Late Model Dirt Series in June. Being a special events only track has certainly worked out well for the current ownership.

Tazewell Speedway – Gary Hall’s track has mixed things up a bit for 2014. The number of super late model events is down this year, but the void has been filled by the new Chevrolet Performance Super Late Model Series. Tazewell hopes to be a leader in this brand of racing. The World of Outlaws late models and Lucas Oil series returns which typically draws huge crowds. Ray Cook’s Southern Nationals will again hold its finale at Tazewell, one of the more popular events on the Tazewell schedule. After successfully introducing the sportsman class for 2013, Tazewell hopes the class will grow event more in 2014.

Volunteer Speedway – The Bulls Gap track will once again primarily host special events in 2014. In addition to regular events such as the Spring Thaw, Scorcher, and the Southern Nationals, Volunteer will host at least four limited late model races paying a minimum of $1,500 to win. The Carolina Clash also returns for two scheduled races.

Wartburg Speedway – The Mike Kittrell-owned facility sure provides plenty of excitement each week. Car counts are good in all classes with plenty of close racing on the ¼-mile bullring. There seems to be plenty of extra-curricular activity most weeks, a little too much for our blood. It seems to keep the fans coming back for more. One suggestion would be to water down the infield and let feuding drivers settle their disputes with some old-fashioned mud wrestling.

There has also been plenty of talk about the new Atomic/I-40 Motor Speedway currently under construction. A cold, wet winter has construction behind schedule for an April opening. Owner Doug Sopha and promoter Chris Corum has stated the track will be open sometime in 2014 (we prefer the name to be I-40 Motor Speedway). Stay tuned to Inside Dirt Racing for all the developments.