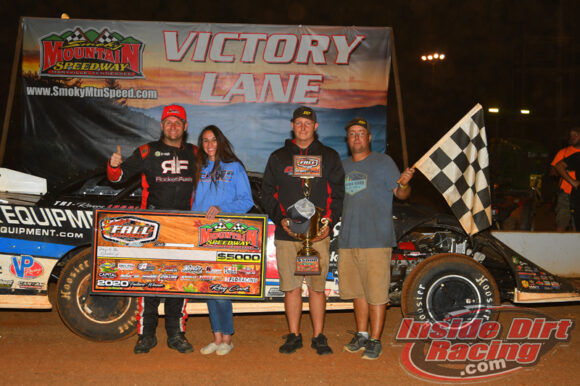 Mike Marlar is no stranger to success in the ranks of Dirt Late Model racing. Indeed, the 2018 World of Outlaws Morton Buildings Late Model Series champion has collected scores of wins over the course of an enviable career. Among those victories were the prestigious Knoxville Late Model Nationals in 2016 and 2017 along with the Hillbilly 100 in 2004 and 2012. His is a career that many racers would love to call their own.

One thing Marlar has learned during his time in racing is that no driver achieves success on his own. And following his most recent triumph in the Lucas Oil Late Model Dirt Series-sanctioned event at the 300 Raceway in Farley, IA, the driver of the No. 157 Ronnie Delk-owned car found a way to show his appreciation to those who make his success possible.

Marlar’s first attempt at running the full schedule on the Lucas Oil Late Model Dirt Series had not gone quite as well as he might have hoped before this past Friday night. The Winfield, TN native currently sits 8th in the series standings with the Farley win being his only one of the season on his tour of choice.

“We needed that, my team did,” Marlar declared in his post-race interview on Friday night. “We’ve been really struggling this year, kind of hit and miss, we’ll run second and then we’ll run 25th. To have a good finish was nice tonight and my team deserves it so much, and my car owner and everybody involved. They put so much into this.”

Prior to his crew’s trip to Iowa, Delk had made the decision to switch the team’s machinery from Rocket Chassis to Capital Race Cars. Marlar was originally caught off guard by the move but has been happy with the results so far and the assistance from Capital boss Marshall Green.

“It’s obviously working out good,” the driver stated. “I had no idea we were doing that. I was just finishing up a Rocket car we just purchased and he called me and said he had made the decision to do that. One thing I love about my car owner, he’s brave. He will stick his neck out there and he just believes in me and Josh and Jerry so much that he refuses to think it’s anything but something other than us so he made the change. Thanks to Marshall and everybody that jumped in there at the last second and helped us. I don’t think we would have reached victory lane without them.”

Considering that this highly successful veteran driver knows the key to success, he decided to reward crew members Jerry Sprouse and Josh Davis for their efforts in preparing and maintaining the team’s cars.

“Guys, I made a decision halfway through that race,” Marlar explained following the Lucas Oil win. “Here I was sitting there in position to win this race and I literally could not do it without those two guys, Josh and Jerry. Without them guys and guys like them, you’ll never see this operation go up and down the road like it does. I made the decision halfway through the race that if I win this, I’m giving my portion of the winnings to those guys. They’re going to split it down the middle and I want them to go on a big fishing trip because they love fishing. Maybe they can go to Alaska or somewhere to do some fishing.” 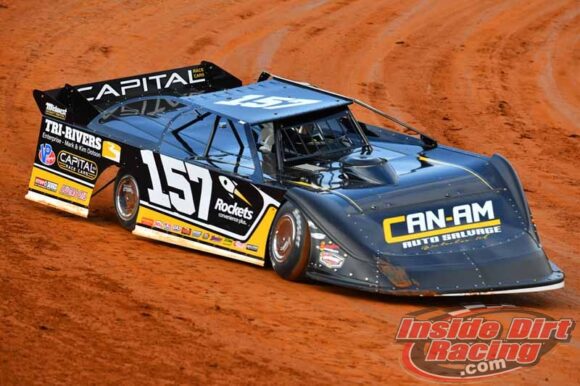 The 43-year-old driver further made his point in regard to rewarding his team’s hard work.