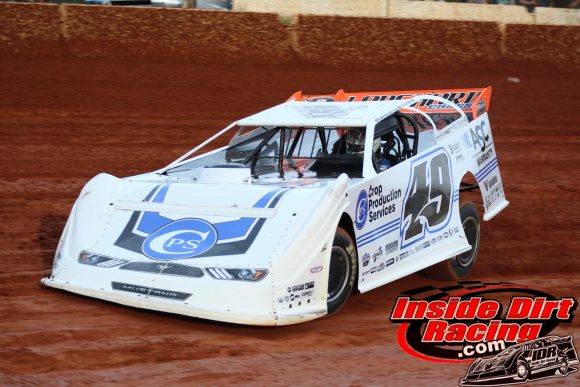 BATAVIA, OHIO (October 29, 2018) – The Lucas Oil Late Model Dirt Series is proud to announce the 2019 schedule, with a lineup featuring a record-breaking 65 feature events. The ambitious schedule is set to visit 37 different venues across 22 states, showcasing the talents of the nation’s top dirt late model drivers along the way.

The 2019 tour will launch with nine events during Georgia-Florida Speedweeks, including February 1st-2nd at Golden Isles Speedway; February 4th-9th at East Bay Raceway Park; and February 10th at Bubba Raceway Park. As is tradition, the 2019 championship battle will conclude October 18th-19th at the 39th Annual Dirt Track World Championship at Portsmouth Raceway Park.

Three tracks on the 2019 tour will host the Lucas Oil Late Model Dirt Series for the first time, including: 411 Motor Speedway in Seymour, Tenn. on April 5th, Kokomo Speedway in Kokomo, Ind. on September 20th, and Raceway 7 in Monroe Center, Ohio on October 4th.

“To be crowned Lucas Oil Late Model Dirt Series National Champion, the driver must be able to master a diversified race schedule that truly challenges the best of the best,” said Rick Schwallie, Series Director.

“The 2019 schedule will offer drivers and teams the test of conquering a mix of traditional favorites and all-new venues – while providing race fans around the world the most thrilling events of the season,” Schwallie added. “None of this would be possible without the infrastructure that Lucas Oil provides and all the support of our tracks, promoters, marketing partners, race teams, car owners, and fans.”