While there was very little racing taking place for two weeks before of rain outs, news items in and around East Tennessee slowed down. After a weekend full of racing, the dam has broken on news in this area. Here is some of the latest news in one location.

Blakenship returning: Inside Dirt Racing has learned that John Blankenship will return to racing for a pair of events at Eldora Speedway. Blankenship will pilot a Longhorn chassis owned by Van Lester with Tom Buckingham turning the wrenches beginning with this weekend’s Johnny Appleseed Classic at Eldora Speedway. The race will mainly be used to shake down the car and to get Blankenship comfortable behind the wheel due to a long absence from racing. He will return to Eldora two weeks later for The Dream.

The program was put together by Blankenship’s father, Don. The elder Blankenship spent time in prison and the relationship between the two became strained. The effort is an attempt to rebuild that relationship. There are no current plans to race beyond The Dream. 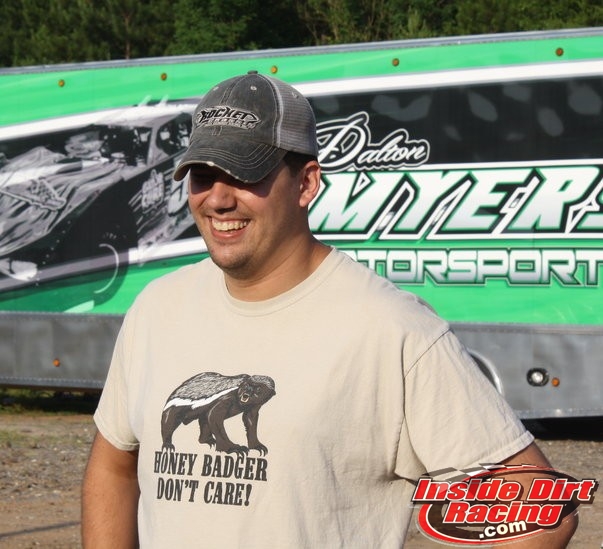 Tazewell Speedway rumors: Tazewell Speedway owner Gary Hall confirmed to Inside Dirt Racing he has not sold the 1/3-mile track. Rumors have grown in recent weeks that Hall had a buyer for the track. Hall said he doesn’t know where the rumor is coming from.

“I don’t know where the rumor came from, but there’s no truth to it,” Hall said. “I wish whoever started that rumor would stop it.”

Duck River is for sale: Duck River Raceway Park in Lewisburg, Tennessee is for sale. Owner Bob Harris has recently listed the 1/4-mile track that has hosted a number of high profile events such as the Lucas Oil Late Model Dirt Series, World of Outlaws Morton Buildings Late Model Series, Southern Nationals, and the Deep Fried 75. Since acquiring the track in 2012, Harris has invested in numeous improvements to the facility. The asking price is $650,000 which includes equipement, scoring system, and more.

Bloomquist update: The recent news of Shannon Babb driving for Scott Bloomquist in this weekend’s Show Me 100 (now postponed because of storm damage) has led to many more rumors. An initial report last weekend claimed the hall of fame driver would compete in The Dream at Eldora Speedway, later shot down by business manager Cody Sommer who said Babb would also be in the car for The Dream. A source close to the situation said Bloomquist had intentions of racing at Eldora, but his doctors convinced him to stay away from driving until he is fully healed. Bloomquist was injured in a March motorcycle accident in Florida that led to a lengthy surgery to repair his hip and leg. The initial timeline for Bloomquist’s recovery was given in months, not weeks.

Close call for Double Down Motorsports: When news broke early this morning of a possible tornado at Lucas Oil Speedway in Wheatland, Missouri, it became known Shanon Buckingham and the Double Down Motorsports team were on the grounds when the storm hit. Instead of a return trip home following last week’s Lucas Oil Late Model Dirt Series action, the team opted to drive down the Lucas Oil Speedway for the week. Team owner Roger Sellers was also on the trip. He said by text the brunt of the storm narrowly missed their hauler, but they could still feel the effects on the heavy wind and rain. The facility sustained lots of damage and this weekend’s Show Me 100 has been postponed.