Home Blogs Jonathan Davenport placing himself among the Eldora masters

Jonathan Davenport placing himself among the Eldora masters 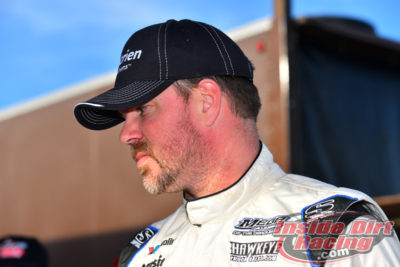 Whenever the words Eldora Speedway are spoken the names Scott Bloomquist and Billy Moyer are likely to be the first to come to the minds of virtually every Dirt Late Model racing enthusiast. And those two drivers, who are perhaps the greatest of all time in the sport’s history, deserve that recognition. However, a new name has now emerged as one that is joining those two legends in the annuls of history at ‘The Big E’.

Jonathan Davenport’s win in this past Saturday’s World 100 elevated his name among the top winners on the Rossburg, Ohio clay oval. The Blairsville, GA native has now earned three of the coveted globe trophies handed out at the conclusion of Dirt Late Model racing’s most prized race.

That win pulled Davenport out of a tie for World 100 feature wins with Jimmy Owens and Brian Birkhofer who have each won the big race twice. Further, the driver of the No. 49 car is now tied with legendary figures Larry Moore and Jeff Purvis with three each in the ‘Granddaddy of Them All’.

Of course, the all-time World 100 winner is Moyer with a total of six checkered flags while Bloomquist and Donnie Moran have earned the big check from this race on four occasions.

But Davenport’s three World 100 wins are not the limit of his Eldora successes. In 2015 the driver scored a win in the Tony Stewart-owned track’s other crown jewel event – the Dirt Late Model Dream. The addition of that victory further lifts Davenport among the list of winners in the Ohio country-side as neither Moore nor Purvis won that race.

At the age of 35, it has to be considered that Davenport will likely have numerous opportunities over the remainder of his career to move even further up the Eldora ladder. While it would take quite an effort over the remainder of his career to catch the astounding total numbers of wins by Bloomquist(12), Moyer(8), and Moran(6) on the clay half-mile, there is no doubt that Davenport has placed himself among some elite company on Dirt Late Model racing’s most famous track. 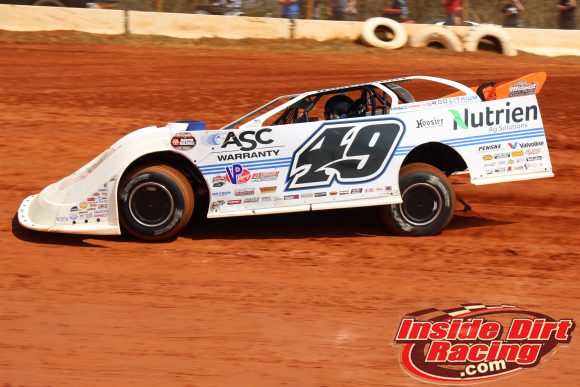 Jonathan Davenport has won a total of four times at Eldora

The same can be said of dirt racers. In the end, their place in history will be earned based on the number of crown jewels races they capture and Jonathan Davenport is amassing an impressive total of those.